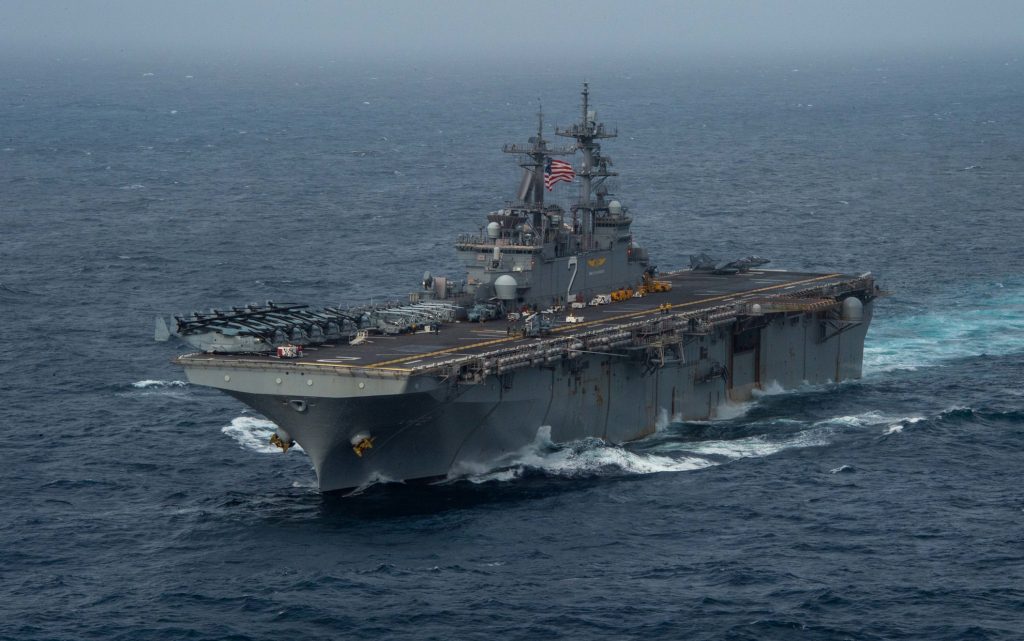 An American agency stated that the United States doesn’t have aircraft carriers in the Middle East, at the present time, or a formation of the naval units that accompany them, which bears the name of the strike force.

The United Press International, in a report on the US military force in the region, said on Tuesday that the departure of the USS Essex amphibious assault ship and the accompanying naval force and heading towards the Philippine Sea makes the Middle East without a strike force.

The agency indicated that the USS Essex and the accompanying naval force, which had been in the region for months, left the region last week, noting that it is currently operating in the Philippine Sea with other warships.

The agency said that the departure of USS Essex from the Middle East left the US Fifth Fleet in the region without a striking force for the first time since last November.

Aircraft carriers or large ships equipped to land aircraft and helicopters, such as the USS Essex, are called major ships because they have a naval force on board and an accompanying one.

It is noteworthy that US Defense Secretary Lloyd Austin decided last month to keep the aircraft carrier Harry Truman in the Mediterranean, after it was scheduled to go to the Gulf.