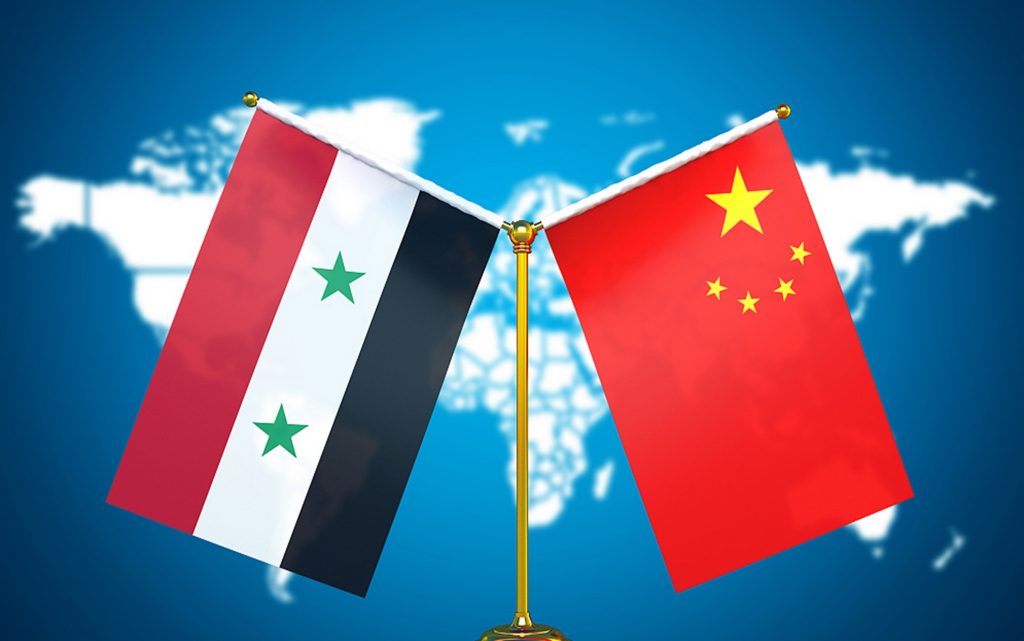 The Planning and International Cooperation Authority in Syria, represented by its Chairman, Fadi Salti al Khalil, signed a memorandum of understanding with the People’s Republic of China, requiring Syria to join the Silk Road Economic Belt Initiative, thus officially joining the initiative.

In this regard, al Khalil explained that under the memorandum, Syria will officially join the Economic Belt Initiative, which is one of the most important initiatives to enhance economic support from China to Syria, in addition to the countries that participate in the initiative in several fields, including trade in goods and technology.

He pointed out that the memorandum contributes to increasing the movement of people and rail linking to Iraq and establishing free trade zones between the two parties in the expansion of Lattakia and Masyaf.

The memorandum is also supposed to benefit, in terms of cooperation, the completion of the electric power plant in Aleppo with a capacity of 60 megawatts, and the completion of the internal land road with a length of 134 kilometers, which will contribute to the ease of transporting goods and enhancing economic work, thus contributing to economic development and securing new job opportunities.

The “Belt and Road” project, or as it is known as the “New Silk Road”, is a Chinese initiative that aims to pump huge investments to develop the infrastructure of global economic corridors, linking more than 70 countries and 32 international organizations, at a cost ranging between 4 and 8 trillion dollars.

The Silk Road is a group of interconnected routes that were used by caravans and ships, passing through South Asia, linking Chan, which was known as Chang’an in China with Antioch in Turkey, in addition to other sites, and its influence extended to Korea and Japan.

China wants to compete with the US and EU and dominate the world economically, by using its huge cash mass in giant and large projects to deliver its goods to Europe at the lowest costs, and the Silk Road is the best to achieve these goals.

China is seeking to create highways that shorten distances and time and reduce risks, and therefore Iraq is considered the pivotal country in this matter.

This explains the Chinese-American conflict over Iraq, and China’s quest to attract Iraq to participate in the Silk Road, especially since the great port of Faw is the main hinge in this project.