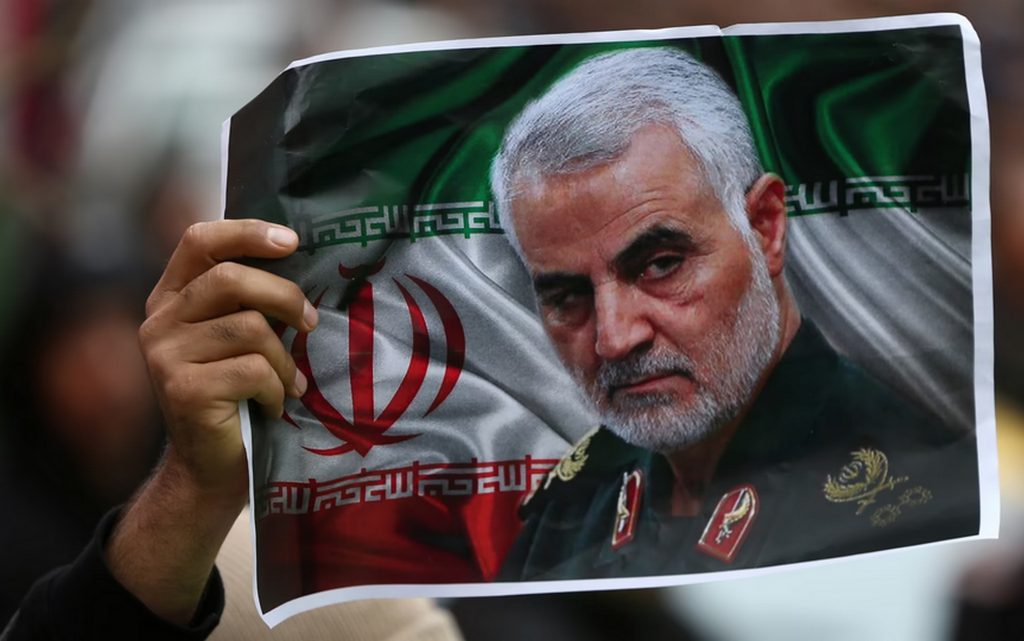 Iranian authorities have released a strange animated video that simulates the assassination of former US President Donald Trump by a drone while he was playing golf.

The video, posted on the website of Iranian Supreme Leader Ayatollah Khamenei, titled “Revenge Is Inevitable” begins with a shot of what is supposed to be “Trump’s home in Palm Beach, Florida”.

Iranian media reported that the short video was in retaliation for the killing of Qassem Soleimani in January 2020.

A US flag is shown waving in the wind on a golf course, where Trump is standing in a red “MAGA” hat and four other men, then the video shows a small remote-controlled car with a camera installed and we see a drone operator in an office full of screens.

On the screen next to him is a picture of Soleimani and the operator hacks a nearby closed-circuit television so that the remote-controlled vehicle can pass unnoticed.

Aerial footage then shows a drone approaching Trump’s Mar-a-Lago resort while the van zooms in on the former commander-in-chief on the golf course.

Then the operator of the drone hacks the phones of Trump and someone else, and a message appears: “The killer of Soleimani and the person who issued the order will pay the price”.

It ends when the drone flies directly over Donald Trump as he reads the ominous message on his phone.

The screen is then cut to black with a message in English and Farsi: “Revenge is set”.

The website of Iran's SL Khamenei has chosen this animation as the best entry in a competition to mark the second anniversary of Soleimani's killing.

Published on https://t.co/UHGRnoPEAR, the video shows Trump being targeted by a robot and a drone while playing golf in Florida. pic.twitter.com/K6vb0WEKi1