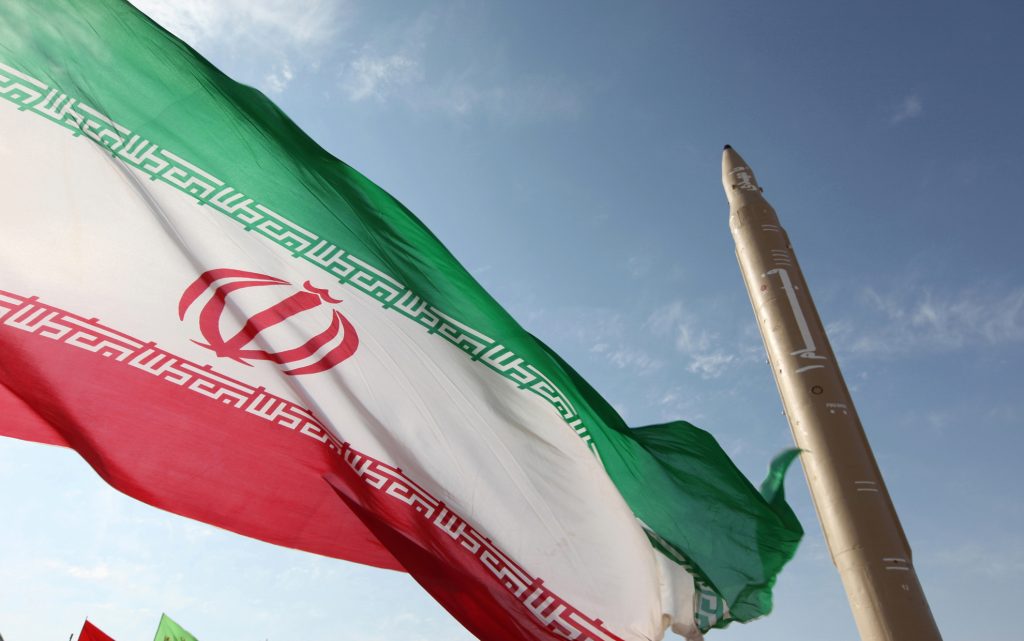 The Foreign Policy published a report by journalist Colom Lynch, in which he said that the Joe Biden administration had warned that Iran was about to produce enough fuel for a nuclear bomb.

But how close is Iran to having the ability to launch a nuclear weapon?

There are a number of critical technological obstacles that Tehran must first overcome to have a fully operational nuclear weapons program.

Knowing how long it will take for Iran to control these challenges has become even more urgent as the US, Iran and many other major powers meet this month in Vienna to try the last chance to revive the landmark 2015 nuclear deal known as the Joint Comprehensive Plan of Action (JCPOA).

A senior US official told Foreign Policy in a phone interview Sunday that the Vienna talks have made some progress in recent weeks, but that isn’t enough to justify open negotiations.

The official, who spoke on condition of anonymity, added that “the pace of the talks isn’t keeping pace with the pace of Iran’s nuclear progress”.

The official added that if talks continued in the coming weeks at the current sluggish pace, Washington might have to reconsider the importance of the nuclear deal and “make a decision on course correction”.

Under the terms of the 2015 nuclear deal, Iran was allowed to produce low-enriched uranium for a peaceful nuclear energy program, subject to IAEA oversight.

That prompted Iran the following year to begin a gradual process to halt compliance with the nuclear deal, raising fears in Western powers and Israel that it would make technological breakthroughs that would render the JCPOA meaningless.

Israel and the US have sought to slow Iran’s nuclear progress by sabotaging its nuclear infrastructure, including by infecting the computers that power Iranian enrichment centrifuges.

But these efforts failed to prevent Iran from taking major steps in its nuclear program.

US President Joe Biden has pledged to recommit to the Joint Comprehensive Plan of Action and lift nuclear-related sanctions on Iran if it agrees to return to full compliance with the agreement.

Iran wants sanctions lifted first and stern assurances that the future US administration cannot back out of the deal again.

As for Iran’s timeline for enriching weapons-grade fuel, designing a working warhead, and loading it onto a ballistic missile capable of hitting targets in the Middle East, this is what it knows about: In assessing Iran’s potential nuclear weapons capability, the US has largely focused on Tehran’s estimated breakout time: the amount of time it would take Iran to produce one nuclear bomb if it worked hard to do so.

With the JCPOA in place, the US estimated in 2015 that it would take Iran 12 months to produce enough nuclear fuel for a bomb if it decided to abandon the deal and seek a workable weapon.

Today, that estimate has shrunk to about one month as Tehran has installed more advanced centrifuges at its nuclear centers and restricted international inspectors’ access to Iran’s nuclear facilities.

Under the terms of the 2015 agreement, Iran was allowed to stockpile 300 kilograms of low-enriched uranium and operate more than 5,000 first-generation centrifuges at the Natanz Fuel Enrichment Plant.

Tehran is prohibited from enriching uranium to a concentration greater than 3.67% uranium-235, a fissile material that can be used to generate electricity at low levels but can be used in a nuclear bomb if it reaches a 90% concentration.

Since the US withdrew from the nuclear deal, Iran has steadily been enriching uranium to higher levels.

From this point on, there is a relatively short step to producing weapons-grade nuclear fuel.

Refining uranium to 3.67% purity removes the vast majority of excess atoms, making the process of refining to 5, 20 and 90% purity less time-consuming and easier.

In order to speed up the pace of enrichment, Iran has installed thousands of advanced centrifuges capable of enriching uranium to a higher quality at both Natanz and the Fordow enrichment plant.

(The JCPOA has prevented Iran from enriching uranium at Fordow).

David Albright, founder of the Institute for Science and International Security, said Iran has already obtained enough 20% and 60% enriched uranium to produce at least 45 kilograms of 90% HEU – weapons-grade fuel for a bomb nuclear power in a short time.

Within several months, he added, it could produce enough fuel for two more bombs.

He estimates that within six months, Iran may be in a position to test a nuclear bomb.

“Breach time is the name of the game when it comes to metrics related to Iran’s nuclear program, but it is of limited use because it doesn’t include the time it would take to design, manufacture or assemble bomb components,” said Sahel Shah, a policy fellow at the European Leadership Network.

The United States and its transatlantic partners, to focus so heavily on breakout time, willfully ignore the amount of time it will take Iran to go from possessing a meaningful stockpile of highly enriched uranium to a usable nuclear weapon”.

He added, “Even if they produce a large amount of nuclear material, so what?

It cannot be used without warheads, and the Iranians don’t have warheads and won’t have access to the relevant technologies for a long time”.

“The important question is how long will it take Iran to be able to carry nuclear weapons, after it has had enough fissile material for one bomb?… It will be a period of years”, said Daryl Kimball, director of the Arms Control Association”.

The Israeli government estimates that it will take Iran one to two years to be able to produce a nuclear weapon.

The senior US official told me that the Biden administration “wouldn’t argue that there was a longer timetable for armament,” but added, “We’ve more confidence in our ability to measure, trace, and know what happens when it comes to enrichment”.

Iran has done a great job designing a nuclear weapon.

In 2009, an internal assessment by the International Atomic Energy Agency concluded that prior to 2003, Iran had collected “sufficient information to be able to design and produce an implosive nuclear device based on highly enriched uranium as fissile fuel”.

A 2007 US National Intelligence Estimate concluded that it had “high confidence” that Iran halted its nuclear weapons program in 2003 in response to mounting international pressure, and moderate to high confidence that Tehran is keeping the door open for resuming the program at a future stage.

“The basic fact,” Shah said, “is that simply no one, including those who have access to more detailed intelligence about Iran’s nuclear program, can be sure of any of these timelines, especially since we don’t have a solid idea of What research and development has Iran been historically or currently”.

Ballistic missiles play a critical role in any nuclear weapons program, and Iran has years of experience developing them.

The Shahab-3, modeled on the North Korean Nodong ballistic missile, has a range of about 800 miles.

Iran also has several enhanced versions, including the Emad, Sejil, and Qadr 110.

The Ghadr-110 has a range of about 1,200 miles, putting it within walking distance of Tel Aviv, Israel.

Iranian missile scientists have also produced the Khorramshahr medium-range missile, which is designed on the failed North Korean Musudan.

You still have to figure out how to mount a nuke on missiles and make sure the nuke stays (highly sensitive) long enough to hit the target and explode.

It remains unclear to what extent Iran has made progress in arming its missiles.

“Adapting a weapon design is no easy task… It’s not known if Iran obtained the technology from the North Koreans”.

“In general, the agency does not believe that Iran has yet achieved as of 2003 the means to integrate a nuclear payload into a Shahab-3 missile with any confidence that it will succeed”, the internal document shows.

However, with more efforts, Iran is likely to overcome the problems.

“There has to be a sense of urgency, but if a deal isn’t done by mid-February, I won’t conclude you have to go to option B, or military action,” Fitzpatrick said… “Maybe there is still time for diplomacy”.