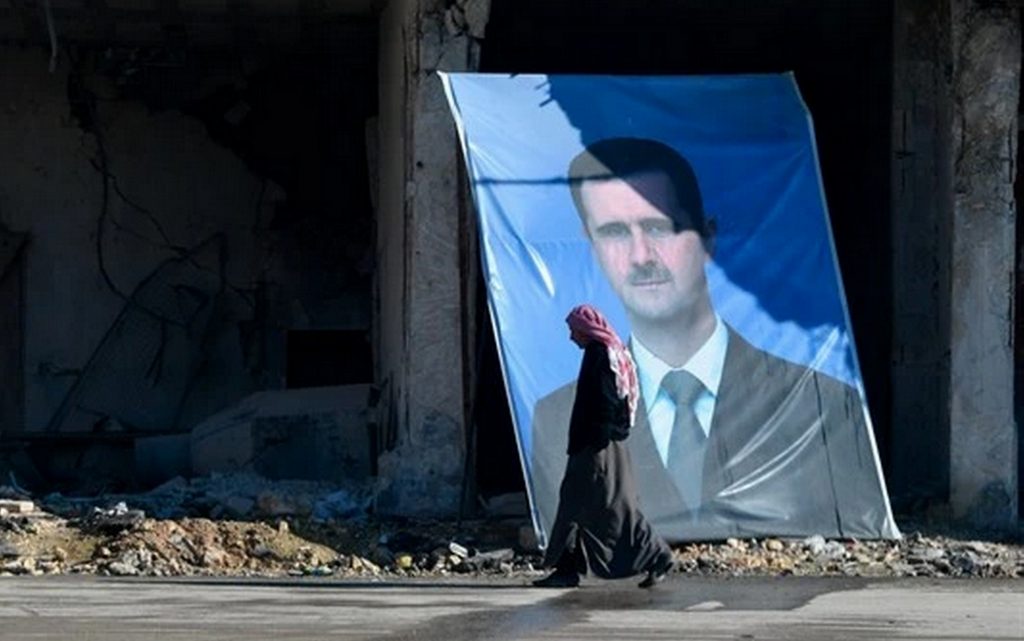 The National Interest magazine saw that Syrian President Bashar al Assad will remain in office, and won’t be affected by the sanctions imposed by Washington, indicating that these sanctions only harmed the Syrian people.

The National Interest indicated in a report published on Saturday, that unlike Afghanistan, there is a great disagreement in Washington over the withdrawal from Syria, but there is an agreement that sanctions will force Assad to surrender.

While former officials in the administration of President Donald Trump speak glowingly of isolating Syria economically to deprive the beneficiaries of the spoils of war, and turn the conflict into a quagmire like the Soviet experience in Afghanistan, the truth is that US policy hasn’t affected Assad or changed his behavior nor resolved the conflict… It made the Syrian people suffer”.

The National Interest pointed to recent statements by Jordan’s King Abdullah II, in which he said: “Bashar has longevity.

The regime is here to stay,” becoming the latest Middle Eastern leader to admit that regional momentum is increasing towards normalization with the Syrian regime.

The National Interest noted that King Abdullah did more than that, as after speaking directly with Assad late last year, he presented a plan to US President Joe Biden, Russian President Vladimir Putin, and Arab leaders, to link regional normalization with a political solution that includes an exit All foreign forces from Syria.

The National Interest said in its report, “Insisting to isolate Syria is a foolish task, not only because of the political environment in the region, but because of the Biden administration’s policy priorities in the Middle East, as it is negotiating with Tehran on a proposed roadmap to revive the nuclear agreement in exchange for easing US sanctions on Tehran”.

“Therefore, as an intended result of US policy, Iran is set to reap unexpected economic gains, in excess of $90 billion”, the magazine added.

The National Interest indicated that even if the bulk of these funds were spent on revitalizing the Iranian economy, which Iranian President Ebrahim Raisi made, the centerpiece of his agenda, and addressing challenges from the Coronavirus pandemic to the severe water shortage, it is naive to believe that the additional riyals won’t soon leak into Assad’s pockets.

If, on the one hand, Washington is forced to choose between a weak Syria that Iran will use to wage war on Israel and US allies in the Gulf, and on the other hand, a prosperous Syria, it will choose to balance the interests of regional players to which Syrian refugees can return, the second option It should be an easy choice for the United States”.

Imposing more pressure on Assad won’t prevent Syrians from enduring intolerable conditions or reduce threats to US allies and regional interests, and despite the many changes in the Middle East, Assad has proven that he is here to stay and he is not going anywhere.