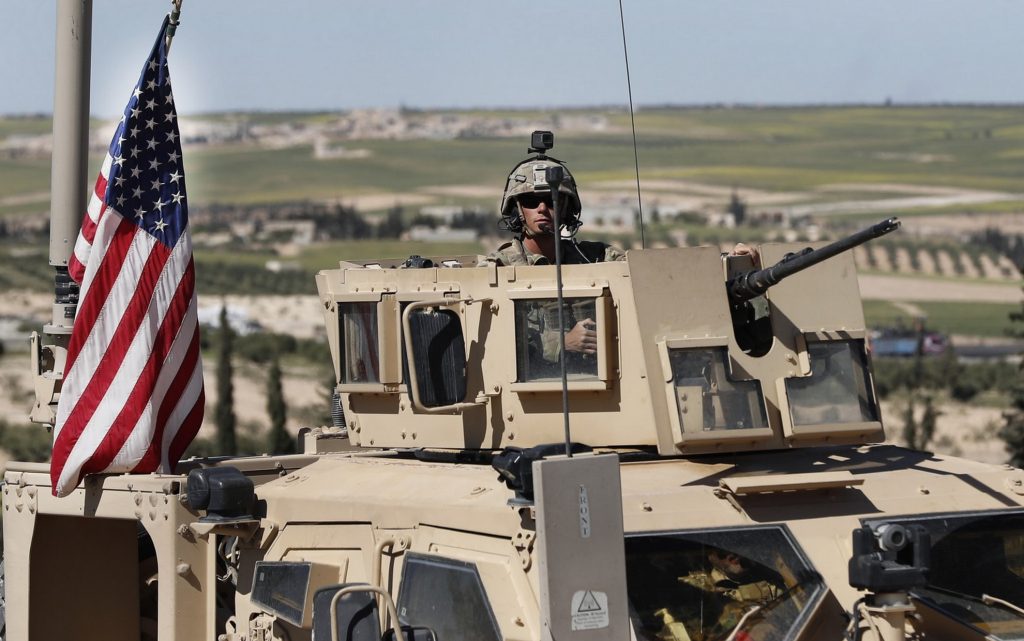 The former legal advisor at the US State Department, Brian Finucane, explained on Tuesday, that the presence of US forces in Syria “isn’t based on legal grounds, and the administration and Congress should work together to prevent the ingenuity of legal interpretations from turning into what led to the expansion of the scope of Hostilities in Syria.

Finucane added in an article published by the “Foreign Affairs” quarterly, denouncing the pretext of fighting ISIS, that “US military operations in Syria don’t fall under the task of combating ISIS,” noting that “President Obama’s administration didn’t provide a legal basis for its mistaken raids on the Syrian forces, but rather continued.

The Trump and Biden administrations reiterate the justifications for fighting ISIS, whose interpretations vary among themselves.

Finucane is currently a consultant in the International Crisis Group, which limits his criticism of his country’s policy to the operational dimension and the provisions of purely US law that allows the US president to act militarily if he senses an imminent danger to US interests and forces, which is not available in the event of an attack on Syria.

Finucane also addressed Congress to reconsider the previous war authorization resolution of 2001, which led to the occupation of Afghanistan and Iraq, and then the continued aggression against both Syria and Libya.

And he firmly expressed “President Biden’s administration’s rejection of any congressional review of the war authorization,” suggesting that “Congress, within its current composition and divisions, won’t give precedence to a mere vote on the validity of US military operations in Syria”.

The New York Times reported that the US military had covered up air strikes it had carried out on Syria in 2019 that killed civilians, including women and children.

It is noteworthy that, last July that the US administration of President Joe Biden will keep about 900 US military personnel in Syria under the pretext of continuing to support and advise the Syria Democratic Forces.

However, the main objective of the presence of these forces is to prevent the Syrian government from accessing oil fields and agricultural resources in northeastern Syria, and to work to impede Iran’s creation of a geographical corridor linking Tehran on the one hand, and Lebanon and the Mediterranean Sea on the other.