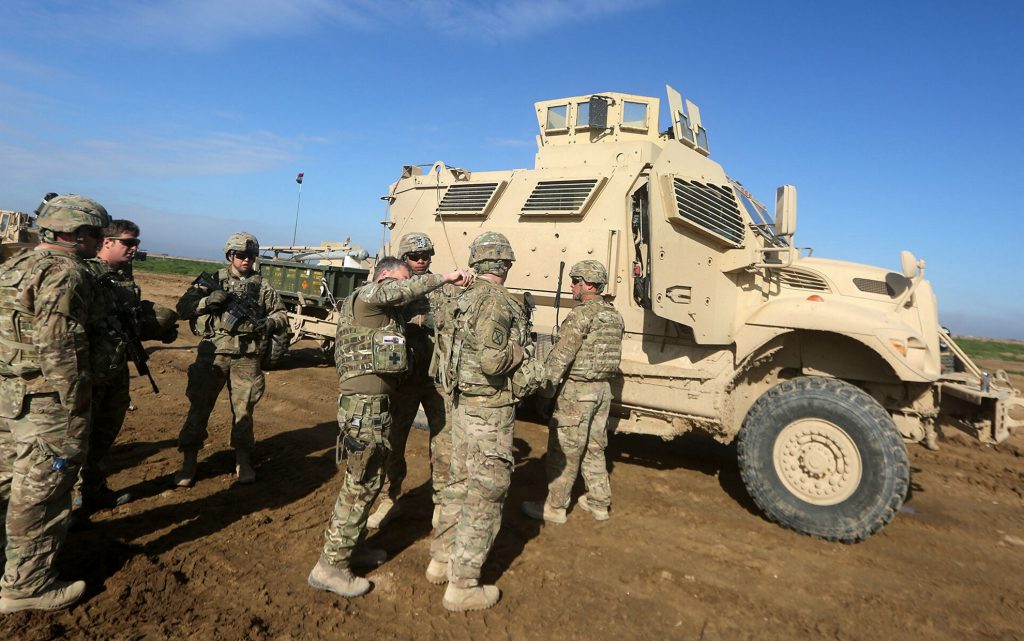 According to local resources, the US forces, in cooperation with the SDF, have installed an oil refinery in the Rumailan fields.

In the Rmelan oil Fields Directorate in Hasakeh province, the US forces installed an oil refinery with a capacity of 3000 barrels per day, in cooperation with the SDF, in Rumailan oil fields in the northeast of the province.

The sources said that the coming period “will witness a significant increase in theft and looting of Syrian oil from the northeast region by the US forces associated with it after the installation of the refinery.

In a related context, local sources reported that the US forces removed, on Saturday evening, a convoy of 79 vehicles, including tanks loaded with Syrian oil, in addition to refrigerators, tankers, and a number of trucks, accompanied by four military vehicles, and headed to northern Iraq through the illegal crossings.

Last week, the US forces sent a convoy of 60 vehicles, including tankers, refrigerators and tanks loaded with Syrian oil, to northern Iraq.