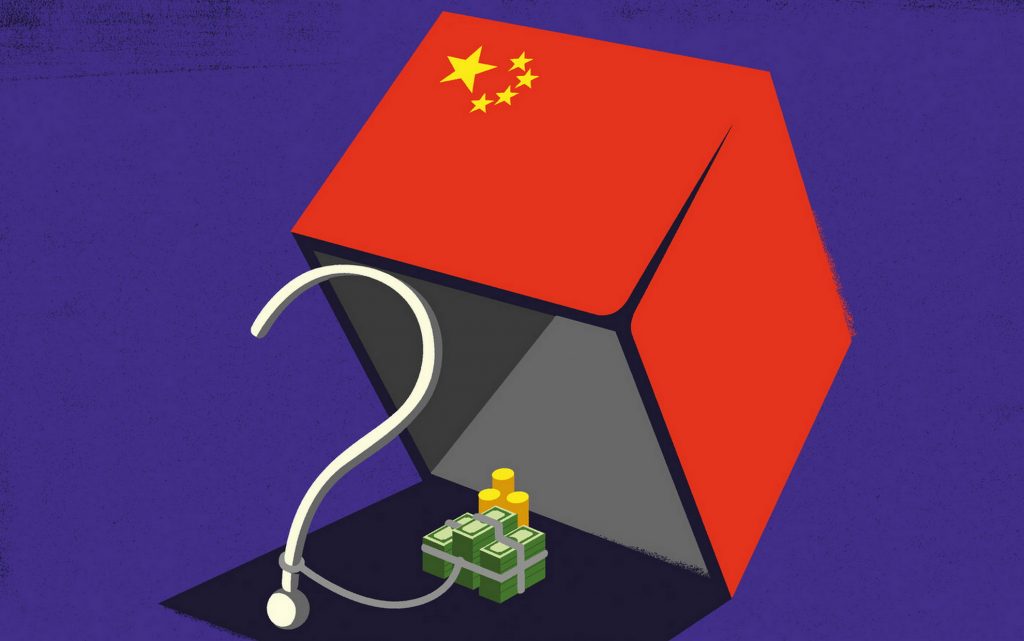 Last Thursday, Chinese Foreign Minister Wang Yi stressed, from Kenya, that Beijing isn’t trapping Africa into a debt trap, during an African tour during which he will visit several infrastructure projects financed by his country.

In Mombasa, where China is financing the construction of a new terminal in the heart of the largest port in East Africa, Wang stressed that the loans associated with these projects represent a “mutual benefit”, rejecting the idea that his country is setting up a trap for African countries.

He told reporters, “It is a story made up by those who do not want to see the development of Africa… If there is a trap, it is the trap of poverty and underdevelopment”.

These were the latest developments in the Chinese debt file that burdened many countries in the world in general and the countries of the African continent in particular.

Perhaps the mentioned diplomatic statements lead us to ask: Is what China says is the truth, and what is the debt trap that is being talked about?!

A Colonialism in modern way

Many countries have shown a positive view of Chinese money, and thought that they are almost free loans, but these loans were very costly economically and may work to handcuff these countries because of their connection to the Chinese economy and thus mortgage their future to Chinese companies.

Beijing also sometimes sends its own labor to compete for local jobs, and as a result, “these countries have become mired in the Chinese debt trap”.

“We don’t want a new version of colonialism,” former Malaysian Prime Minister Muhammad Mahathir said in the Chinese capital, Beijing, to his Chinese host, Li Keqiang, several years ago. Pouring a lot of money, but in the inability of Kuala Lumpur to pay it.

Sri Lanka case as a model

Sri Lanka’s strategic location on the busiest shipping line between East Asia, the Middle East and Europe made it a great coveted for China, which bestowed on this small country about eight billion dollars at an interest rate of 6.3%, which is a high percentage compared to the World Bank, whose benefits range between 0.25% and 3%.

As a result, China acquired an 85% stake in the strategic Hambantonta port with a 99-year contract, in addition to about 15,000 acres close to the port as an industrial zone.

Kenya, Pakistan, Maldives and others…

Kenya was also forced to mortgage the largest and most important port of Mombasa to the Chinese government, due to its accumulated loans, as the volume of debts amounted to more than 5.5 billion dollars, which puts Kenya among the countries most vulnerable to the loss of strategic assets in favor of Beijing.

In Pakistan, the current Prime Minister Imran Khan called for transparency in contracts signed with China, which were described as vague because they include payment terms that are in Beijing’s interest.

In addition, Chinese government-affiliated companies have invested about $62 billion in Pakistan to build solar power plants and power plants, build and expand highways, and renovate railways.

All of these loans were made in dollars, which would force Pakistan to seek a high trade surplus in order to be able to repay them.

Subsequently, a Chinese company acquired the strategic port of Gwadar for forty years, and the company will own 85% of its total revenues.

In the Maldives, China’s debt to the Maldives is estimated at $1.3 billion (more than a quarter of annual GDP).

Beijing leased one of its islands for fifty years, and after Ibrahim Solh assumed the presidency, he took it upon himself to review expenditures with the Chinese side, describing it as a project to seize state lands.

In Bangladesh, too, with the government accumulating debts amounting to tens of billions of dollars, China took control of the largest and most important seaport in it, which is the Chittagong port.

Arab countries are also in the trap

On the sidelines of the 2018 Beijing Summit of the Forum on China-Africa Cooperation, the Sudanese President continued his talks with his Chinese counterpart, and during this meeting, it was announced that Beijing would provide ninety million dollars in grants and loans to support development projects.

In Algeria, Chinese investments come in the construction sector with about 1.2 billion dollars, agriculture, five hundred million dollars, and the rest in the services sector.

In Egypt, well-informed government agencies confirmed that Cairo and Beijing signed deals in the past worth $18 billion within the framework of the “Belt and Road” initiative.

In Djibouti, the debt is expected to reach 88% of its total GDP of $1.72 billion, most of which are debts to China, and it may also face the possibility of China handing over some of its assets to repay its debt.

China looks for more than money

“Ultimately, China will ask defaulting countries for other forms of repayment, such as ports and land,” says Andre Duvenhig, a professor at Northwest University in South Africa.

He believed that in the long run, China might begin to influence the economic and political decisions of certain African countries.

In turn, “China doesn’t come to Africa for its development,” said Shadrack Goto, a professor at the University of South Africa, noting that the continent is weak-minded “when it thinks that other countries come to it to benefit it”.

He expressed his belief that China has its own strategy in dealing with Africa, so the continent should be careful when signing agreements with it.

“We’ve to act on our own interests to see how we can benefit,” he added.

According to the American research institute (Center for Global Development), the “Belt and Road” initiative, which some describe as the Chinese dream, significantly increases the risk of destabilizing the situation of eight heavily indebted countries, namely Mongolia, Laos, the Maldives, Montenegro, Pakistan, Djibouti, Tajikistan and Kyrgyzstan.