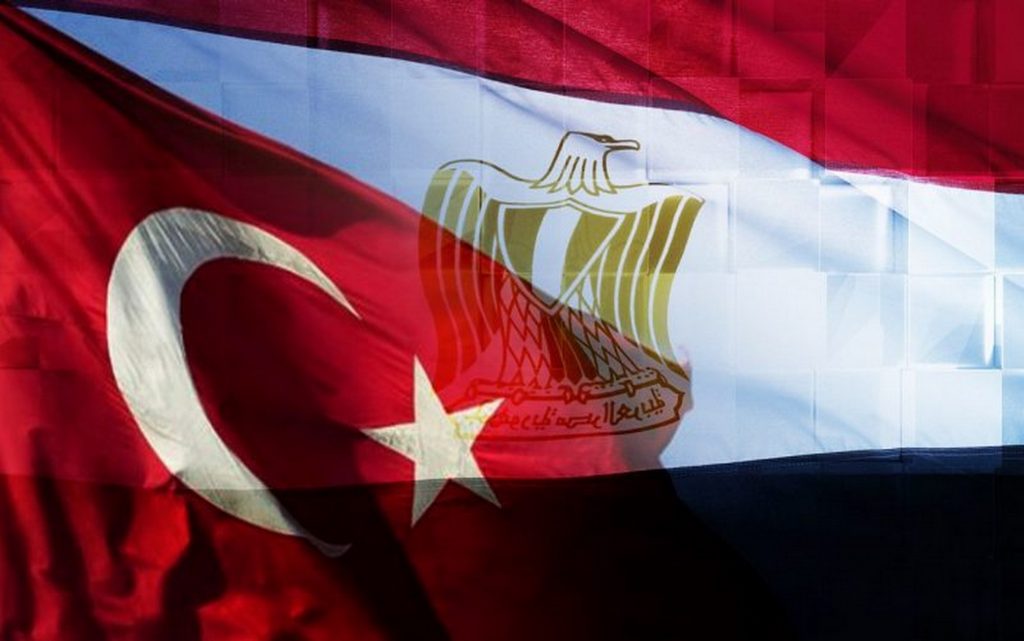 Turkish exporters were able to seize the opportunity and take advantage of the full side of the cup after the deterioration of the Turkish lira, by competing in international and Arab markets with cheaper and better quality goods than Chinese goods, which are often characterized by low prices.

Meanwhile, Turkish goods have taken over more areas of the Egyptian market, displacing Chinese goods that had a dominant presence in various sectors.

And Chinese goods were in a weak position against their Turkish counterparts due to supply problems that affected Chinese products during the past year and the sharp rise in shipping costs.

The famous Turkish factories and companies for clothing surprised Egyptian consumers by offering discounts ranging between 30% and 70%, with fierce competition for international and local brands in the famous shopping weeks that began with the so-called “White Friday” in Egypt and various Arab countries since mid-November.

While the sales stopped last week in most of the Egyptian markets, the Egyptian agents of the Turkish brands continued to offer the same discounts, with the arrival of the winter buying season.

In the same context, observers noticed a huge crowding in buying clothes from branches of shops in malls that display Turkish goods, with a noticeable decrease in the turnout of competing stores.

One of the citizens expresses his opinion by saying: “Sometimes, wearing Turkish clothes is a message of protest against the politicians who want to sever people’s relations”.

The competition didn’t stop at the major malls, rather it became hotter in the main wholesale markets in downtown Cairo, in the clothes markets, furniture of all kinds, and leather products.

The competition has also moved to the popular markets in the suburbs in the areas such as Abu Nomros south of the Cairo, and Mahalla al Kubra and Mansoura in the Delta and Mansheya in Alexandria to the north.

In addition to clothing, Egyptian companies seemed concerned about Turkish carpets, despite imposing customs duties starting at 45% on foreign carpet imports in general.

Egypt usually imports Turkish clothes, due to their high quality, similar to European ones, as well as their suitability with the majority of the Muslim public, and bridal supplies, in addition to cosmetics, nuts, energy, heating and cleaning products, agricultural and school tools and other products.

All of this made the trade balance usually tilted in favor of Turkey, prompting some political voices to demand the Egyptian authorities to stop the free trade agreement between the two countries, while in 2014 Egypt stopped working only with the shipping line agreement known as “Ro-Ro” between Egypt and Turkey signed during the late President “Mohamed Morsi”.

Amr Adly, assistant professor at the American University in Cairo, said in an analytical study on Egyptian-Turkish trade relations, “Egypt’s preservation of the free trade agreement with Turkey is also due, in turn, to the increase in its exports of manufactured goods to Turkey, which means that cancellation will result in It has serious consequences for Egyptian manufacturers and deprives them of important foreign markets in a critical period”.

The decline of the Turkish lira against the Egyptian pound and the US dollar led to an increase in Turkish imports, during the past year by 20%, and it is expected that its growth will continue to 25% during the current year 2022, according to recent press statements by a member of the Board of Directors of the Importers Division in the General Federation of Egyptian Chambers of Commerce”.

According to Beshai, the decline in the price of the Turkish currency has had positive effects on the decrease in the prices of Turkish goods in the market, and the value of import costs, with the ease of land and air transport between the two countries.

In previous statements to the Turkish Anadolu news Agency, Atila Atasun, head of the Turkish-Egyptian Businessmen Association, said that the volume of trade exchange between the two countries amounted to $5 billion, in the fiscal year 2020-2021, as Egypt supplied Turkey with products of about $2 billion, expecting an increase in the volume of trade.

The trade exchange between the two countries will be 3-4 times during the next stage.