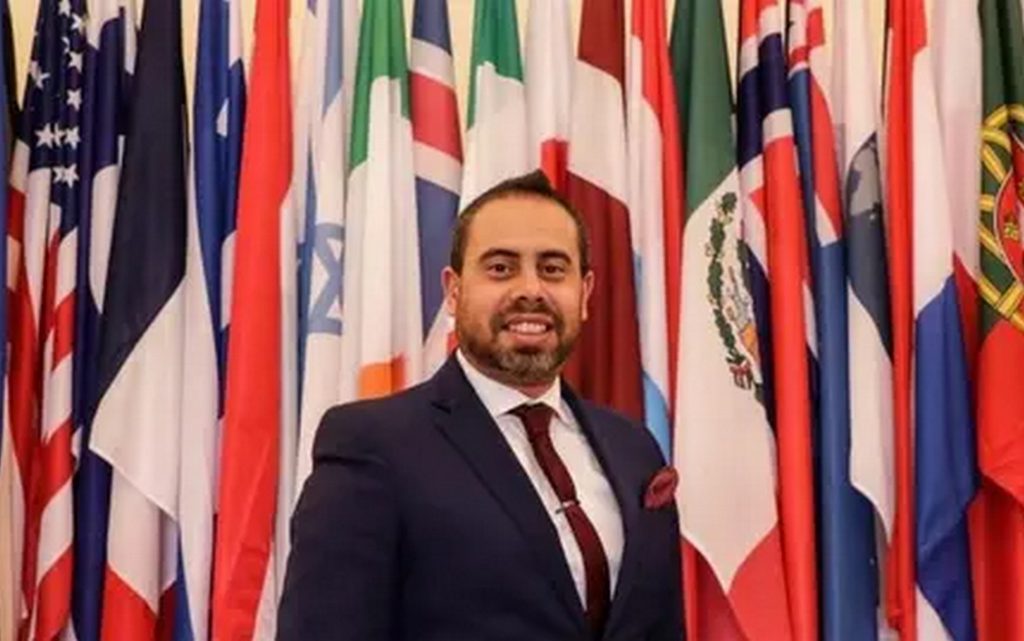 The US Justice Department said Thursday that a New York man has been charged with acting as an unregistered agent for the Egyptian government, including tracking opponents of Egyptian President Abdel Fattah al Sisi.

The indictment, which includes two charges, indicates that Pierre Gerges, 39, who has dual Egyptian and US citizenship and lives in Manhattan, worked between 2014 and April 2019 under the direction and control of a number of Egyptian government employees to serve its interests in the United States.

The known information about Gerges, who left Egypt, and headed to the United States to obtain asylum, after claiming that, like other Egyptian Christians Copts, suffers from religious persecution in his country!

In addition to monitoring Egyptians who oppose the Egyptian president regime, prosecutors said, Gerges has used his relationships with local law enforcement to obtain information not released to the public, arranged benefits for Egyptian officials visiting Manhattan, and coordinated meetings between US and Egyptian law enforcement.

Among the activities of the Egyptian citizen, prosecutors said, was an alleged attempt in March 2019 to help visiting Egyptian officials attend police training in Manhattan for law enforcement only.

Gerges was arrested on Thursday, and it wasn’t immediately possible to reach a lawyer for him.

The Egyptian authorities could not be contacted for comment.

In recent years, the Ministry of Justice has clamped down on unregistered foreign clients, after decades of ineffectiveness in a 1938 law known as the Foreign Agents Registration Act.

Gerges faces charges of acting as an agent of a foreign government without notifying the US attorney general, which carries a maximum penalty of 10 years in prison, and a related conspiracy charge of up to five years in prison.

US Attorney Damian Williams described the foreign agent registration laws as “critical to ensuring that our government isn’t secretly influenced by the influence of foreign governments”.