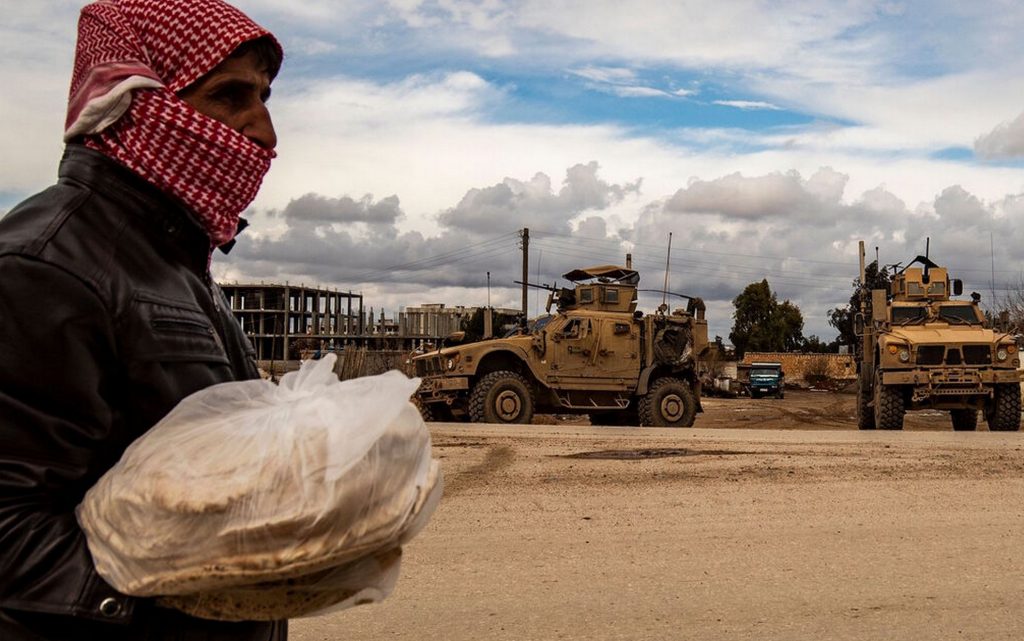 Russia and the Kurdish “Autonomous Administration” have agreed to import a quantity of wheat to cover the shortage of wheat stocks in the areas under its control in northeastern Syria.

Media sources indicated that “the understandings have been almost completely completed, pending agreement on some side matters regarding the mechanism for paying the value of wheat, as about 100,000 tons will be supplied as the first batch, and other batches may follow as needed”.

The understandings took place through several meetings in the city of Raqqa and Hasakeh, in the presence of representatives from the Russian side, the Economy Committee, the Department of Foreign Relations, and the General Executive Council of the Autonomous Administration in northeastern Syria”.

Sources indicated that these understandings come within the emergency plan proposed by the Autonomous Administration of northeastern Syria, to avoid a shortage in wheat stocks, which prompted it to mix flour for bread with a percentage of yellow corn.

On January 3, the “Economy Authority” announced that flour would be mixed with 20% of yellow corn.

To avoid a shortage of bread, it is forbidden to mix it with other materials unfit for human consumption.

The region’s need of wheat is about 700,000 tons, while the deficit between the required quantity and the available quantity (main and reserve stocks) reached about 320,000 tons, and this is what prompted the Autonomous Administration to conclude these understandings with the Russian side.