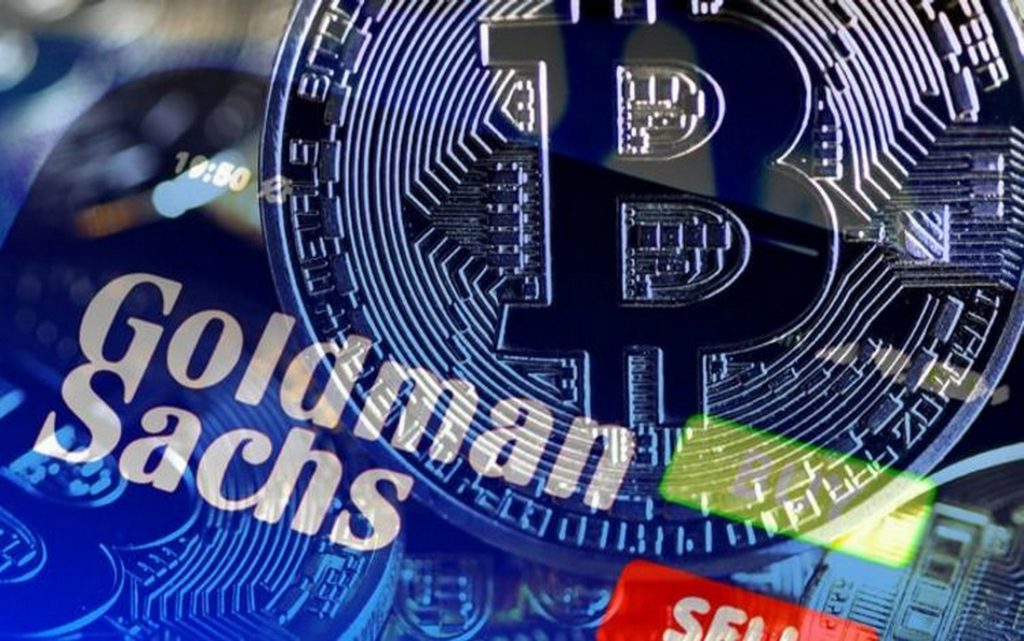 Goldman Sachs is an American multinational financial and investment services institution, and one of the most famous banking institutions in the United States and the world.

The bank added that the share of the world’s largest cryptocurrency currently stands at 20% of the “store of value” market, indicating a market value of Bitcoin of $700 billion, compared to a share of gold estimated at $2.6 trillion owned by investment.

The term “store of value” is usually used to describe assets that can retain their value over time, such as precious metals and some currencies.

The bank then commented on this evidence, assuming that “most likely,” Bitcoin’s market share will become larger over time.

It is worth noting here that “Goldman Sachs” had resumed the activity of its cryptocurrency trading desk in 2021.

According to Reuters, the note said that in a hypothetical scenario in which Bitcoin grabs a 50% share of this market, its price would reach just over $100,000.

This comes as the cryptocurrency bitcoin fell below $43,000 on Thursday, to test its lowest levels in several months, after the minutes of the latest meeting of the US Federal Reserve showed its tendency towards more hawkish policy and expectations of interest rate hikes sooner, which limited investors’ appetite for the assets which carry greater risks.

And if it fell below 42,000, the low it recorded last month, that would be its lowest level since September.

Ether, the second largest cryptocurrency in the world that supports the Ethereum network, lost 5.2% on Wednesday, and touched its lowest level since October, before rebounding slightly to $ 3,460.

In addition, gold prices recorded a noticeable decline in trading on Thursday, as the anticipation about raising the interest rate on the dollar reinforced losses, and the ounce reached the price of 1793 dollars at the peak of its decline.