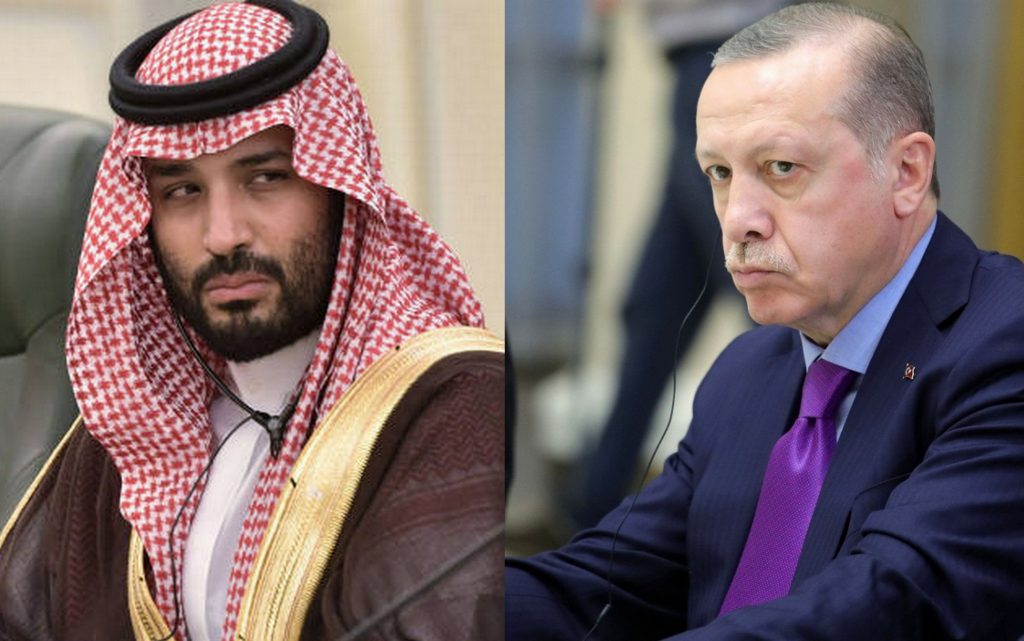 The newspaper quoted regional officials as saying that the Saudi crown prince “wants a promise that Erdogan won’t raise the issue of Khashoggi’s murder again, and to persuade the Turkish media to stop talking about this issue”.

Erdogan said he plans to visit Saudi Arabia next month after the Saudi crown prince was reported to have invited him.

The move is an attempt to overcome tensions between the two countries that increased after the murder of journalist Jamal Khashoggi in a Saudi consulate in Istanbul in 2018.

The newspaper reported that Saudi Arabia did not confirm the meeting between the Saudi crown prince and Erdogan, but people familiar with the efforts told the outlet that the two leaders had been trying to meet for weeks.

“Erdogan may go ahead with the meeting to get economic support to help with the Turkish currency crisis”.

It is noteworthy that Khashoggi entered the Saudi consulate on October 2, 2018, to receive the marriage documents necessary to marry his Turkish fiancée, Hatice Cengiz, but he never came out.

Turkish officials claimed that Khashoggi was killed inside the consulate and that his body had been cut with a bone saw.

Officials from the United States and the United Nations confirmed the allegations.

His remains haven’t yet been found.