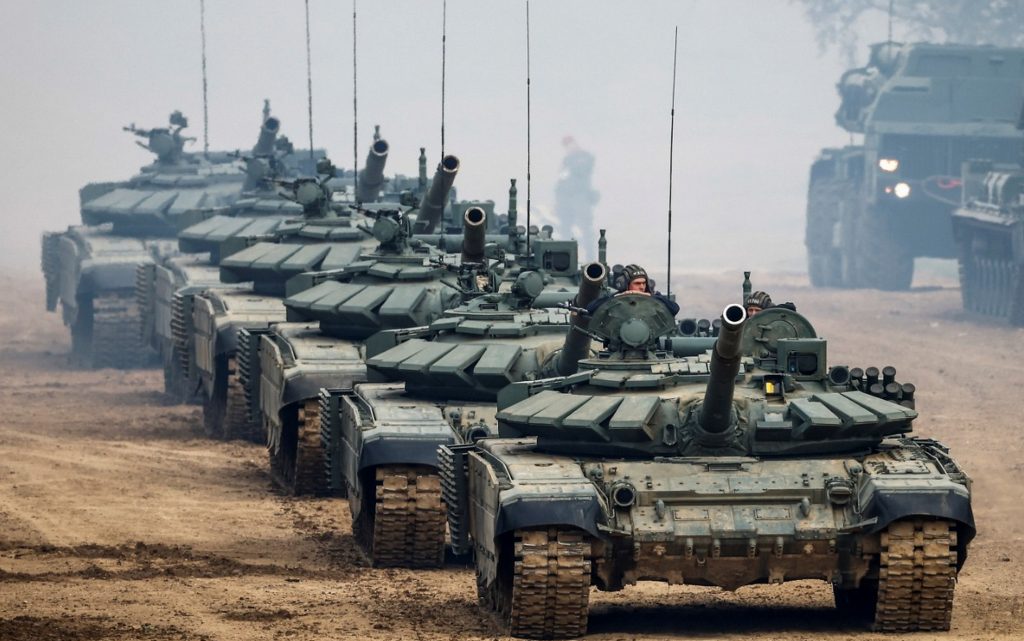 The US National Interest website, which specializes in military and strategic affairs, said that Russia had manufactured about 400 armored military vehicles over the past year, including tanks of different models, wondering why.

The National Interest added that the Russian armed forces are scheduled to receive the 400 vehicles during the current year, 2022, according to data from the Russian Ministry of Defense.

The T-72B3M is the latest version of the famous T-72 tank that began to be manufactured in the era of the former Soviet Union, and the new model features a new main gun, more protection and control systems for fire in the event of an outbreak, and a more modern engine.

The government data didn’t say anything about the “T-12 Armata”, the modern tank that is classified as a second generation.

Reports say that this tank weighs 47 tons and is able to reach a speed of 90 kilometers per hour, and is equipped with an advanced cannon and an unmanned turret.

The announcement of the new military mechanisms comes at a time of high tension between Moscow and Kiev, against the backdrop of the Russian military build-up on the borders of Ukraine.

According to latest information, Russia has deployed more than 13,000 tanks on the borders of Ukraine, distributed in more than 2,400 units.

For its part, France on Wednesday called on the Europeans to close coordination among themselves, in light of the upcoming negotiations with Russia on security in Europe.

French Foreign Minister Jean-Yves Le Drian stressed, after consultations with his German, Italian and Polish counterparts, and the European Union’s representative for foreign policy, “the importance of close coordination between Europeans ahead of the upcoming talks with Russia”.