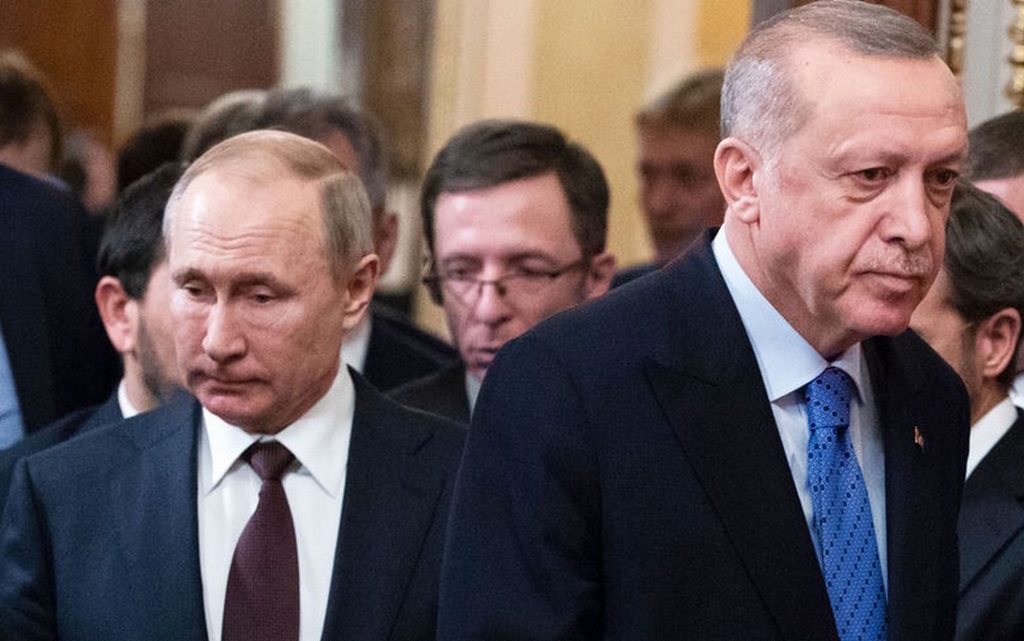 Expectations and information intersect about the impossibility of perpetuating the situation in the de-escalation area in Idlib and its neighboring areas since the establishment of the contact lines during the “Moscow Agreement”, and in light of the control of the terrorist al Nusra Front (Hay’at Tahrir al Sham) over most of the area.

Observers of the de-escalation situation are moving towards emphasizing that the stability of the lines of contact in them for 22 months doesn’t mean an acknowledgment by the active and controlling countries in the Syrian issue to legitimize the presence of the terrorists wanted globally, and by virtue of the Syrian branch of al Qaeda, which is still on the list American and international terrorism.

The Turkish government actions attempts to float HTS and recognize it, at least from Washington, have failed and will always fail, because removing the jihadist robe of its terrorist leader, Abu Muhammad al Jolani, in the media, and sending messages that it is eradicating some organizations.

Radicalism in the region isn’t enough to reassure Western countries of the danger of al Qaeda’s ideology in the heads of its terrorists.

Rather, it serves to strengthen its influence in order to impose its presence as a fait accompli that is incompatible with the logic of planting a strict and puritan entity in the region and a source of its terrorists towards areas of unrest in the world, as happened in Afghanistan.

Russia, according to observers, needs to achieve a political breach in the de-escalation that preserves its prestige and spends in its first stage opening the Aleppo-Latakia highway, known as the “M4” road, as stipulated in the terms of the “Moscow Agreement”, despite the current procrastination and procrastination.

Erdogan, despite its involvement in calming efforts with the United States and on important issues, foremost of which are strategic stability, the nuclear file and the Ukrainian crisis.

The resumption of the Russian Air Force at the beginning of the new year to exercise continuous military pressure on the Turkish president and the militias associated with it and financed by it in the de-escalation is only evidence of Moscow’s intention to reactivate the bilateral agreements with Ankara to implement their terms, no matter how long their approval and implementation takes.

It is in the interest of the former to consolidate the imperatives of stabilizing the situation in the region and opening its main artery that connects north and east Syria with its west and supports the country’s economy in the next stage, according to observers.

They pointed out that Turkey’s economic distress, which is expected to worsen in 2022, as a result of the wrong economic policies of the Turkish president, Recep Tayyip Erdogan, and his greed and foreign interference in the affairs of sovereign countries, including Syria, may increase the weakness and weakness of the Turkish government, forcing it to make concessions.

Russia’s role in the Syrian issue, especially with the growing chances of the Turkish opposition to seize power in the next year’s elections, and Erdogan’s need for a lifeline, may be represented in Moscow, to extricate him from his predicament, in light of the separation of his policy from Washington and its distance from him in many files that pressure his rule.

Observers considered that the military option of Moscow and Damascus in the de-escalation remains strong, with the justifications for its presence remaining, with the former offering flexibility to Washington in the humanitarian issue.

In conclusion, it’s impossible,” according to the observers’ description.