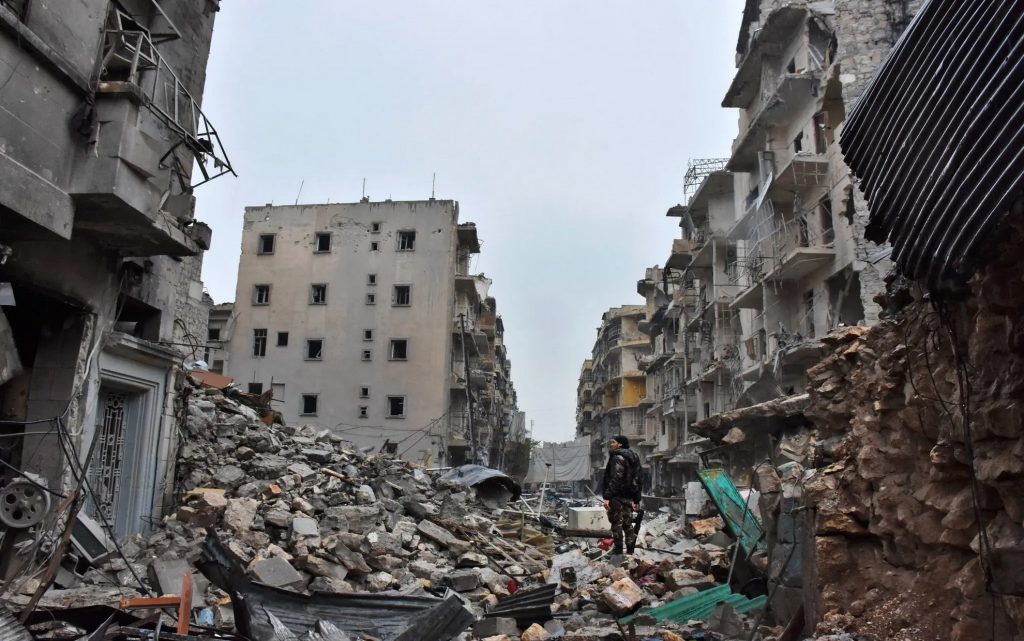 The French newspaper, Le Figaro, said that the city of Aleppo is suffering from hunger and misery, after years of regime control over it.

Le Figaro’s report added, that the bombing stopped, but left piles of destruction, which no one has the strength or desire to remove, and the men were scattered throughout the country, among the dead, missing, refugees and fugitives from forced conscription.

“Many children live with their grandparents, and they don’t take off their shoes at school because of the cold and lack of heating, and women are in the front line and benefit from the support of neighbors, friends and relatives”.

Le Figaro noted that “90% of the population is languishing in extreme poverty, and the US and European sanctions that targeted the regime have doubled the suffering of the people”.

“Electricity is scarce, fuel prices are exorbitant, hygiene is minimal, and fatigue is the master of the situation”.