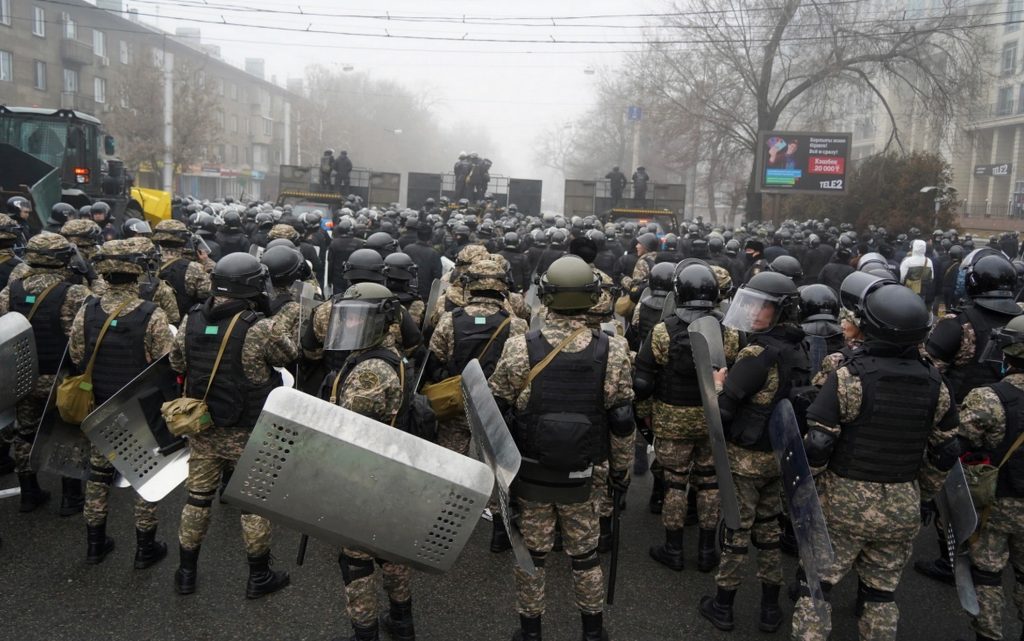 Kazakhstan declared, on Wednesday, a state of emergency throughout its territory, after demonstrations erupted due to the rise in the price of gas and turned into riots, according to Russian media.

Interfax, TASS and RIA Novosti agencies reported that Kazakhstan had declared a state of emergency, citing a statement reported by Kazakh television.

A state of emergency was previously declared locally in the areas that witnessed demonstrations, Almaty, the country’s economic capital, Mangistau province and the capital, Nur-Sultan.

Kazakh President: We will overcome this crisis and come out of it stronger.

For his part, Kazakh President Kassym-Gomert Tokayev stressed that the country will emerge from the crisis it is experiencing, noting that standing by the people is a constitutional duty.

Tokayev said in a televised speech, addressing his people, on Wednesday, that he is confident of his people’s support for him, and that he will be in the capital, Nur-Sultan, despite the current events.

“We will overcome this crisis together, and we will come out of it stronger,” he added.

The Kazakh president stated that the demonstrators beat and tortured security forces, harassed women and looted shops, stressing that the current situation threatens the security of the population.

He referred to the declaration of a state of emergency in the country, adding: “This is a necessary measure.

As president, I have to guarantee the safety and tranquility of the citizens and the country”.

He continued, “These measures were not enough.

The actions of the rioters reveal the existence of a carefully orchestrated plan by conspirators and with a financial motive”.

Earlier on Wednesday, the Kazakh government announced its resignation against the backdrop of protests in the country, followed by the imposition of a state of emergency in a number of cities, including the capital, Nur-Sultan, with the aim of maintaining public security.