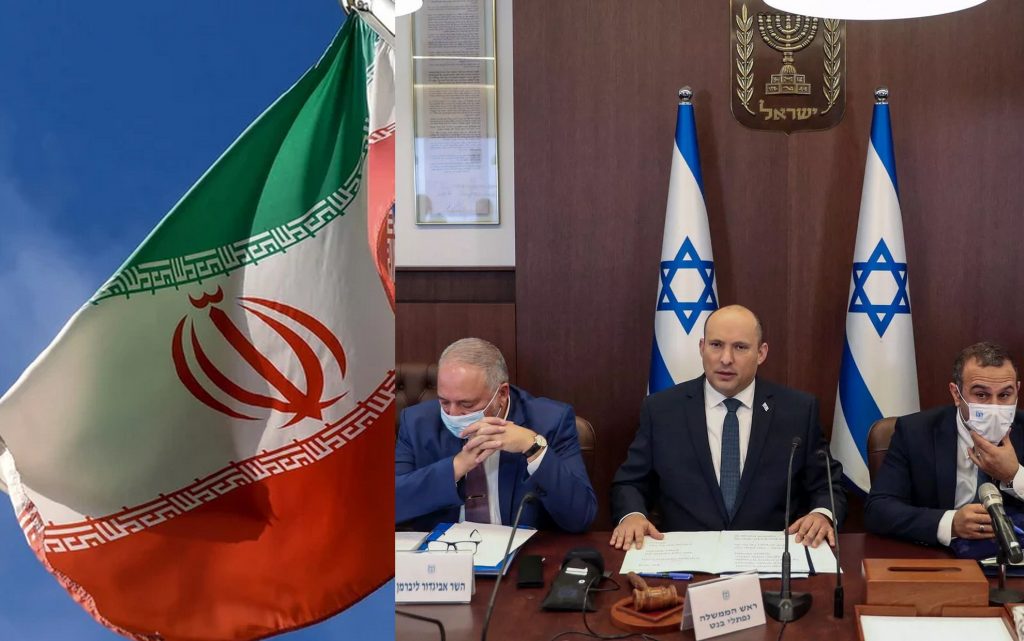 In an article at al Monitor, the Israeli writer, Ben Caspit, published wrote about the change in Israeli assessments regarding the Iranian nuclear deal, and says that Israel is avoiding a clash with the US administration regarding Iran.

Israel’s assessment regarding the status of negotiations between world powers and Iran over its nuclear program has changed dramatically, he said.

So far, most Israeli analysts have believed that the prospects for a compromise between the 5+1 group and Iran have been slim.

They assumed that the two sides would fail to bridge their differences and deadlock, or — an option Israel wasn’t fascinated by — that the futile talks would continue for many months to come.

But recently, this assessment has changed, as has Israel’s reaction to negotiations with Iran.

Foreign Minister Yair Lapid was the first to hint at a change when he admitted on January 3 that according to Israeli assessments, it appears that the world powers involved are moving toward a return to the nuclear agreement, or at least an interim agreement that would lead to that goal.

And Lapid said, Israel has succeeded in maintaining the international community’s interest in the Iranian nuclear issue, adding that it is now focusing its efforts on preventing the lifting of economic sanctions without making appropriate Iranian concessions.

“The prime minister, the security minister and I have said that we are not against every agreement.

A good deal is a good thing.

There is intense debate about what a good deal entail.

In this discussion, we are at the table.

The world, including interested parties, is listening — including this morning”.

Lapid also noted that the Vienna talks “won’t reach the optimal result as far as we are concerned, but we are always working with the people concerned to improve the outcome for Israel,” the writer said.

Ostensibly, Israeli officials maintain a facade of moderation to avoid an overt, if indirect, clash with the US administration at any cost.

“Israel realized that it had gone too far in confronting the White House and the State Department,” a senior Israeli official told al Monitor last week, on condition of anonymity.

He added that even Prime Minister Naftali Bennett, who is still waiting for President Joe Biden to call him, realized this.

Bennett’s understanding was clear in his series of interviews last week ahead of the New Year.

He basically said that he would not oppose any possible deal with Iran”.

He acknowledged that “in the end, of course there can be a good deal”, but he expressed doubts about such an outcome under the current circumstances.

Behind the scenes, Israel continues to pressure the signatories to the original deal with Iran, especially the United States, not to give in to key principles.

Israel hopes that the new agreement, if reached, will include not only painful concessions with Iran but also tangible achievements.

Since the start of the Vienna talks in late November, Israel and the United States have been studying the possibility of a return to the nuclear agreement and the lifting of sanctions, to extend the deadline for the 2015 agreement, which expires in October 2025.

One of the main flaws in the agreement is the so-called expiration clause, which provides for the lifting of some restrictions imposed on Iran’s nuclear program in the years 2025 and 2030, according to the writer.

Israel says easing the restrictions would give Iran license to become a nuclear brink.

Israel has been warning of this flaw, as it sees it, since the agreement was first reached and convinced some Americans involved in the current negotiations of its dangers.

The UK also prefers to extend the expiration date from 5 to 10 years, the author added.

“Several weeks ago, some senior Israeli security officials expressed hope that the United States would fulfill its vague promise to improve the agreement and refused to return to the original deal,” he continued.

However, the prospects for such an agreement are unclear.

“What is the point of returning to an agreement that is expected to expire in 4 to 5 years?” asked a high-ranking Israeli security source who spoke to al Monitor on condition of anonymity — “I think everyone understands this”.

Meanwhile, in separate channels, Israel continues to pressure world powers and accuses Iran of nuclear blackmail in conducting negotiations on the agreement.

He said that although Iran was engaged in nuclear blackmail, he believed that a united and determined international community could still force Iran to make greater strategic concessions than in the past,” the writer added.

It was said that Holata “also referred to the Iranian nuclear program as the primary and fundamental challenge facing the National Security Council and Israel,” the writer added.

Holata’s comments align with Lapid’s remark: “We’re now in a trench war for small accomplishments… and to keep our options open for action by not being a party to the agreement”.

Israel’s new strategy is to maintain restraint and avoid criticizing the United States and other powers while continuing to pressure it through back channels, working to set red lines and applying pressure to extend the expiry date of the agreement, while emphasizing that Iran is an international problem, and that Israel isn’t a party to any deal with Iran, it will not abide by it.

At the same time, the IDF and the Israeli Air Force are continuing preparations for a military option, after billions of shekels have been allocated to complete the preparation within a year to 18 months.