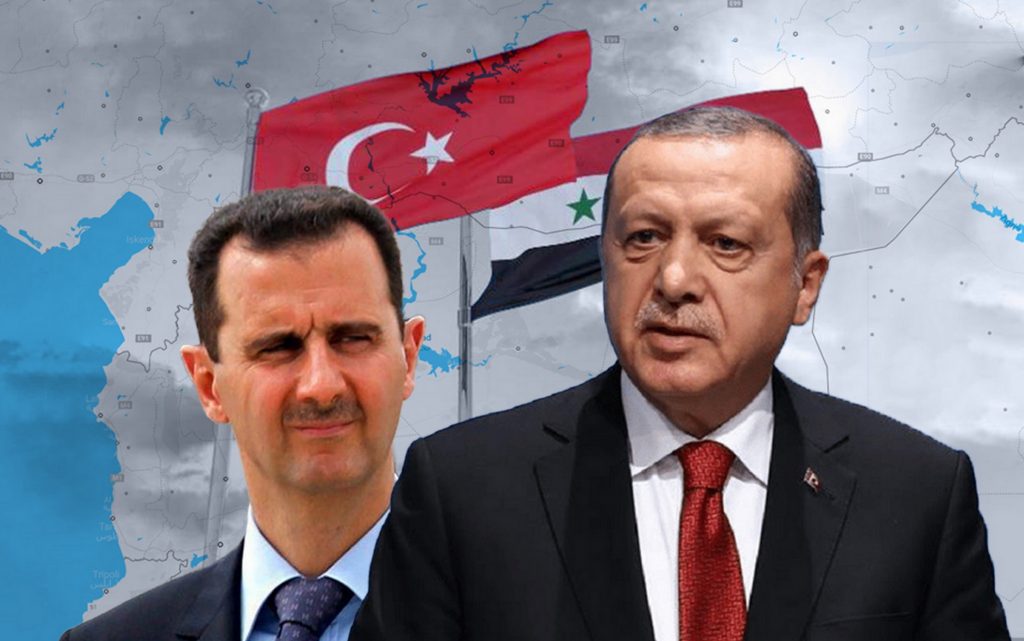 The four Turkish conditions for withdrawing from Syria, according to what was reported by one of the newspapers, have raised questions about the reality of the Turkish position on President al Assad, and whether Ankara has changed its position of refusing to recognize the legitimacy of the Syrian leadership.

In what appeared to be a response to the Russian envoy to Syria, Alexander Lavnerentiev, the Turkish Hurriyet newspaper reported on December 24, citing unnamed sources, that Turkey has four conditions for withdrawing from Syria; It is “all parties agree on the new constitution in a way that protects the rights of all segments of the Syrian people, the establishment of an electoral system in which all groups can participate freely, and the formation of a legitimate government after the elections, in addition to this government eliminating terrorist organizations that target Turkey’s territorial integrity”.

The importance of the question stems from the fact that Turkey is currently the only country directly involved in the Syrian crisis that publicly refuses to recognize the legitimacy of the Syrian president, and that it is also the only country that still publicly supports the opposition.

It is true that the conditions were mentioned in a newspaper report, but the fact that the official did not comment on it, denying it, supporting it, or even clarifying it after all these days that have passed gives it some credibility.

As it is clear, the source of the question is that the four conditions for withdrawal from Syria didn’t directly and clearly stipulate the departure of Assad and / or the Syrian government.

Has Turkey’s declared position on them changed?

The truth is that there are two readings or two ways of reading these conditions, but before that, it is necessary to re-read the changes in the situation in Syria and the positions of various countries regarding them.

Turkey has been one of the countries that has changed its position on the situation in Syria since the start of the events in 2011, based on three basic criteria; These are the field conditions in Syria, the international approach to events, and the Turkish internal situation.

Therefore, Ankara, after years of supporting the opposition, accepted the idea of ​​a political solution that wants to remove President al Assad from the future rule of Syria, and not stipulate his departure in the first place.

Accordingly, Turkey is involved in the current political process, including the work of the Constitutional Committee, which takes place between the regime and the opposition.

Ankara also talks from time to time about channels of communication and communication with Syrian security at the level of the intelligence service, as well as the indirect Russian channel known to all.

Accordingly, its position before putting forward the four conditions wasn’t to demand the overthrow of the regime, not even its current departure, but rather to work on not continuing to rule Syria after the political solution.

This means, in short, that Turkey deals with the Syrian president but doesn’t recognize him, although there are many voices inside Turkey – some close to the government – calling for his recognition and cooperation with him within the framework of the common goal: to prevent the establishment of a state for the Kurdistan workers in northern Syria.

Among what drives Ankara not to recognize the legitimate government in Damascus is that this will put it in embarrassment if it asks it to withdraw from Syrian lands, and it does and will repeat it, as it now enjoys the legitimacy of its presence and work on Syrian lands from several perspectives; At the forefront are the questions of the regime’s legitimacy and its ability to extend its control over the land and protect the borders.

The path of calm and openness prevailing in the region recently, including the openness of some Arab countries to the Syrian President; In the future, it may mean mitigating measures against Assad.

Likewise, or affected, additional developments may occur in the relations between Ankara and Damascus, but there are no indications that Turkey has today changed its declared positions on the Syrian issue and the Syrian leadership in particular.

Even the idea of ​​developing the “Adana Agreement” that was mentioned by the Russians, as well as in a report that talked about a meeting between Turkey and the Syrian authorities in Jordan, a meeting that the latter denied and the two supposed parties didn’t comment on, implies the possibility of developing relations between the two sides, but also Turkey’s endeavor to deepen its role In northern Syria, not stopping it and withdrawing, which is what pushes to postpone the recognition of the regime or not to recognize it at all.