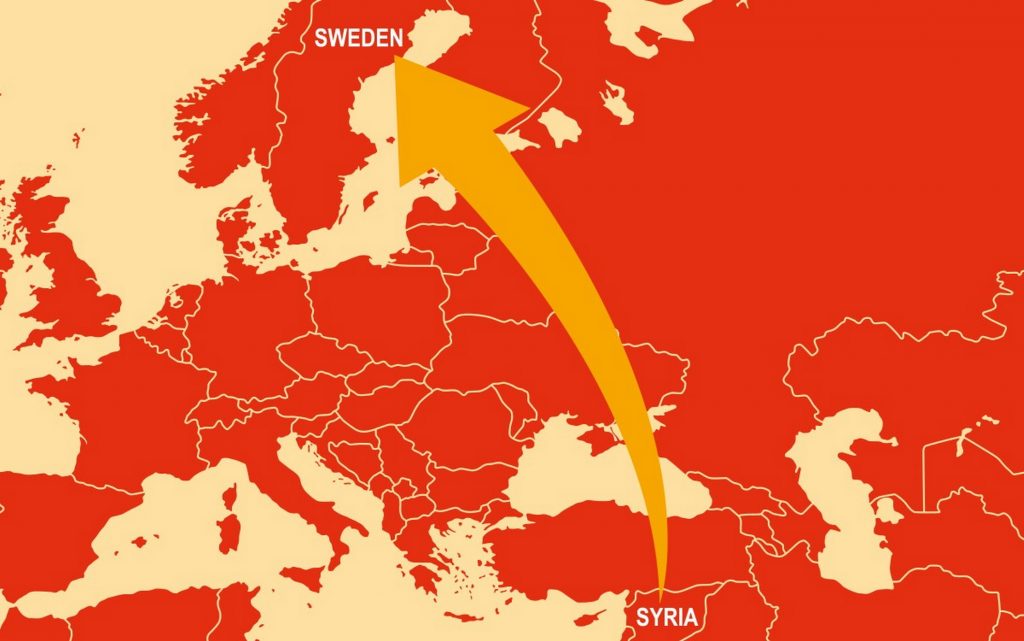 According to the Swedish government statement announcing that the number of Syrians who obtained residence and work permits in Sweden has risen to nearly 150,000.

The Central Statistical Office stated earlier that the Syrian community has become the largest in the country and represents 1.7% of the population of Sweden, pointing out that their number has reached more than 189,000 Syrians with a residence permit or citizenship.