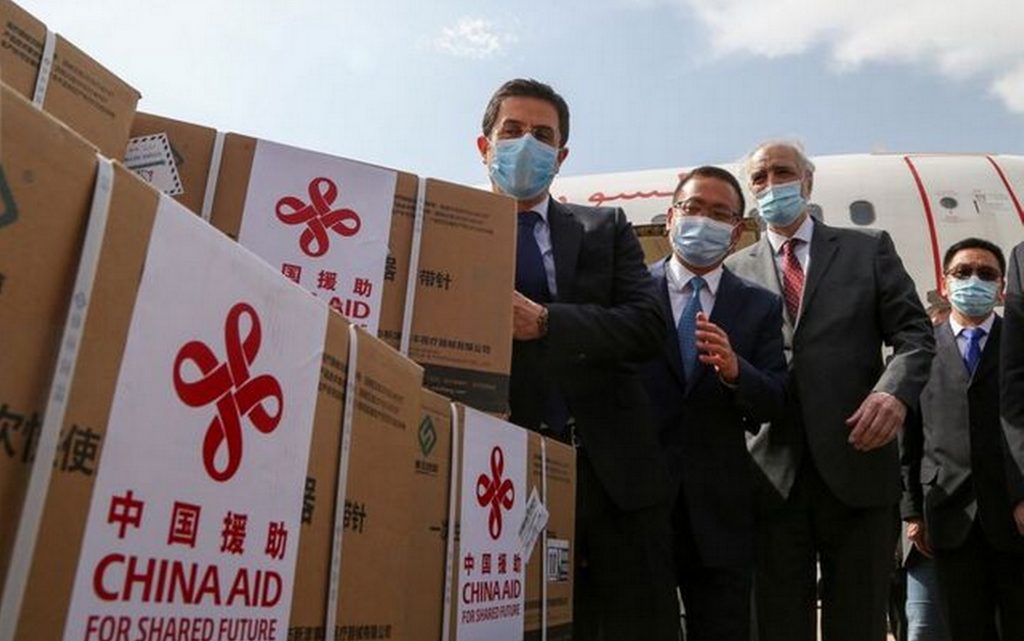 The official Syrian news agency “SANA” announced that the Syrian Ministry of Health had received one million doses of vaccine against the Coronavirus from the People’s Republic of China and laboratory supplies to diagnose infections.

The Syrian Minister of Health, Dr. Hassan al Ghubash, stressed that vaccines and laboratory supplies constitute great support for the health sector in its confrontation with the Coronavirus epidemic, and it is evidence of the Chinese leadership’s keenness to strengthen and maintain relations with Syria in various fields, according to the agency.

Chinese Ambassador to Damascus Feng Biao said that his country is making its utmost efforts to support the global response to combat the Coronavirus and achieve greater international cooperation in this field, especially with the emergence of new mutagens, according to the agency.

The Chinese ambassador expressed his regret that some Western countries do not support efforts to reach vaccines to all countries, which caused a gap in coverage rates at the global level, considering that this is evidence of the hypocrisy of the United States and Western countries regarding human rights.

It is noteworthy that this batch of vaccines is the fourth that Syria received from China.

In mid-November, it received the third batch, which was half a million doses of the Chinese Sinopharm vaccine.