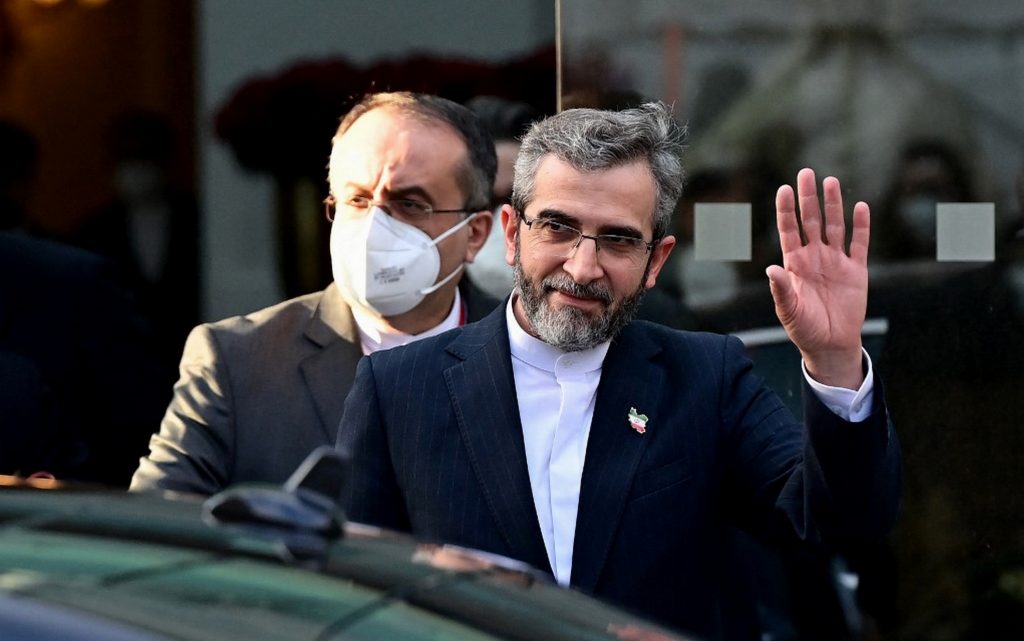 Iran confirmed Monday, through a Foreign Ministry spokesman, that it had begun to see Western realism in the talks on reviving the nuclear agreement, which resumed on Tuesday in Vienna.

However, the spokesman, Saeed Khatibzadeh, saw that it is still too early to judge the seriousness of the United States in lifting the sanctions imposed on the Islamic Republic.

Iran and the parties still to the agreement (France, Britain, Germany, Russia and China), with indirect US participation, on Monday completed the eighth round of talks aimed at reviving the agreement, which Washington withdrew unilaterally in 2018, re-imposing severe sanctions on the Islamic Republic.

The chief Iranian negotiator, Ali Bagheri, who arrived in the Austrian capital this morning, met with diplomat Enrique Mora, the European Union coordinator in the negotiations, according to the official IRNA news agency.

The Iranian news agency also indicated that the Iranian negotiator held another meeting with his European counterparts.

The Russian ambassador in Vienna, Mikhail Ulyanov, who represents his country in the talks, said that today’s meetings are unofficial, through his Twitter account.

The meetings came hours after Khatibzadeh announced that Tehran is seeing “today a regression, or rather a realism, on the part of the Western side in the Vienna talks, that they cannot make demands that go beyond the framework of the nuclear agreement”.

He continued in a press interview, “It is still too early to judge whether the United States and the three European countries have put on the agenda seriously, to engage in lifting sanctions”.

Bagheri had indicated in Thursday’s statements, on the eve of the negotiators’ break, that Tehran had seen “relatively satisfactory progress” achieved during the first days of the eighth round.

“We hope that after the rest days until the end of the calendar year, more serious work will be pursued by the various parties on the issue of lifting sanctions,” he added.

The Vienna negotiations began last April, and six rounds were held until June.

After a suspension of about five months, the talks resumed from 29 November.

Tehran stresses the priority of lifting the economic sanctions that Washington has re-imposed, and obtaining guarantees that the US withdrawal will not be repeated.

On the other hand, the United States and the European parties focus on the importance of Iran’s return to full respect for its commitments under the agreement, which it began retracting from in 2019 in response to Washington’s withdrawal.

The agreement allowed for the lifting of economic sanctions imposed on Iran, in exchange for limiting its nuclear activities and ensuring the peacefulness of its program.

However, its effects have become null and void since former US President Donald Trump decided to unilaterally withdraw his country from it in 2018, re-imposing severe sanctions.

President Joe Biden, who succeeded Trump in early 2021, expressed his willingness to return his country to the nuclear agreement, but only on the condition that Tehran once again complied with its inclusions.

In his statements on Monday, Khatibzadeh considered that the time has come for the other parties to “show their commitment… and to show that we can move forward on the issue of lifting sanctions and guarantees, and verifying” the lifting of these sanctions in a practical way.

“Of course, we have to ensure that foreign companies” will be able to do business with Iran without fear of US punitive measures, he added.