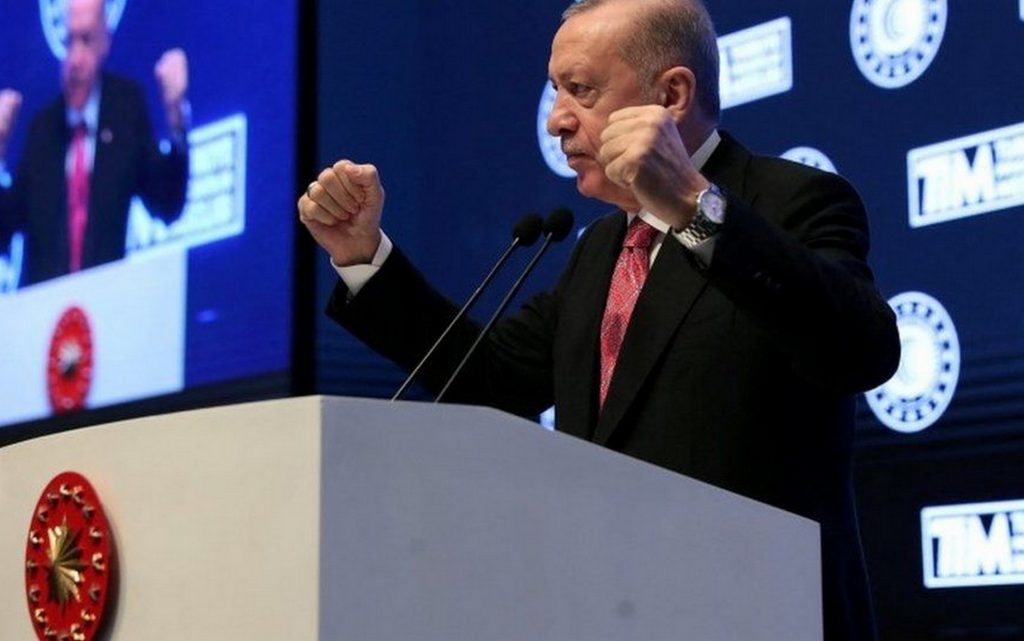 Data from the Turkish Statistical Institute showed, on Monday, that annual inflation in December reached a 19-year high, and the inflation rate rose by 13.58% compared to the previous month, as the collapse of the lira pushed up the cost of imports.

The data revealed that consumer prices rose by 36% in December 2021 compared to last year, which is the highest annual inflation rate since September 2002, as well as since Erdogan came to power as prime minister.

The Turkish lira lost more than 40% of its value against the US dollar last year, the collapse caused by Erdogan’s insistence on the Turkish Central Bank’s unorthodox policy of lowering, rather than raising, interest rates in the face of rising prices.

In December, Erdogan unveiled a plan to support the lira that included a new type of lira savings account that would protect deposits from currency devaluation, urging companies and individuals to defend the lira.

“We have worked for some time to get the Turkish economy out of the cycle of high interest rates and high inflation, and put it on the path of growth through investment, employment, production and export,” Erdogan said, Friday, in a speech to the Anatolian Lions Businessmen Association (ASKON) in Istanbul.

“Our greatest strengths are the infrastructure we have built in our country in the past 19 years and the dynamism of our people, including our entrepreneurs and employees,” he added.