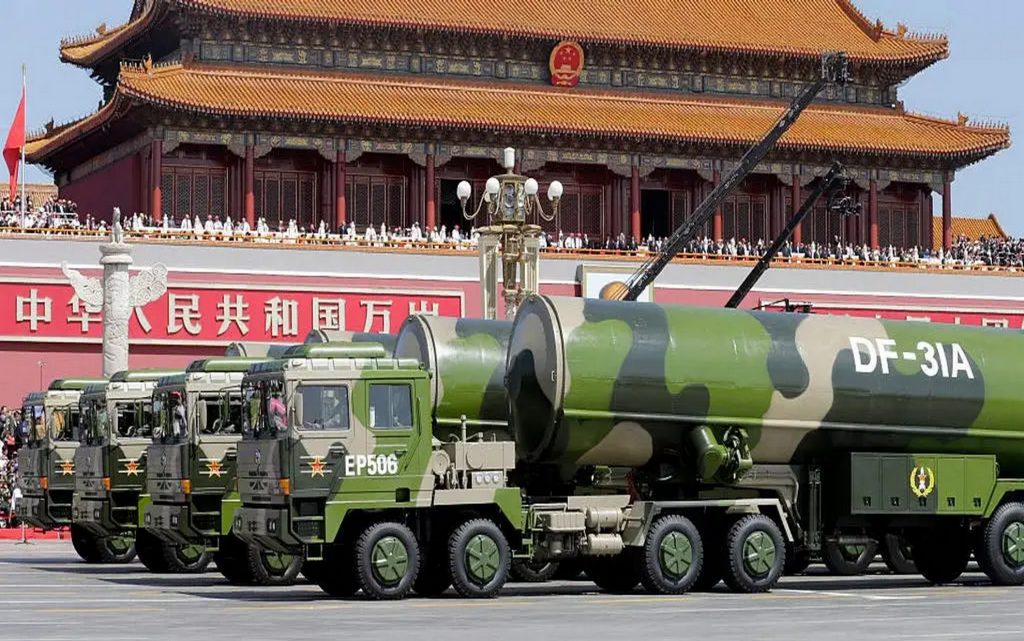 China announced on Tuesday that it will continue to modernize its nuclear arsenal, demanding that the United States and Russia reduce their stockpiles of nuclear warheads, a day after the five major powers pledged to prevent the spread of atomic weapons.

In a rare joint statement that set aside escalating differences between East and West, the United States, China, Russia, Britain and France emphasized their goal of a world free of atomic weapons and avoiding nuclear conflict.

The five nuclear powers also declared their commitment to the future complete disarmament of nuclear weapons, which were used when the United States bombed Japan at the end of World War II.

But applying this rhetoric to reality will not be easy in light of the escalation of tension between these forces.

International concern is growing about China’s modernization of its military, especially after its armed forces announced last year that they had developed a hypersonic missile capable of flying at a speed exceeding five times the speed of sound.

The United States has confirmed that China is expanding its nuclear arsenal with nearly 700 warheads by 2027 and perhaps 1,000 by 2030.

They should reduce their nuclear arsenal in a legally binding and irreversible manner”.

He also condemned Washington’s accusations, saying, “With regard to the allegations of the United States that China is significantly increasing its nuclear capabilities, this is not true”.

“China has always adopted a policy of not using it first and keeping our nuclear capabilities to the minimum required by our national security,” he said.

“China will continue to modernize its nuclear arsenal for reliability and safety issues,” he stressed.

The relationship between Beijing and Washington has been strained against the backdrop of several issues, including China’s pursuit of reunification of independently governed Taiwan, by force if necessary.

Fu dismissed speculation that China might deploy nuclear weapons near the Taiwan Strait, stressing that “nuclear weapons are the ultimate deterrent, not for war and fighting”.