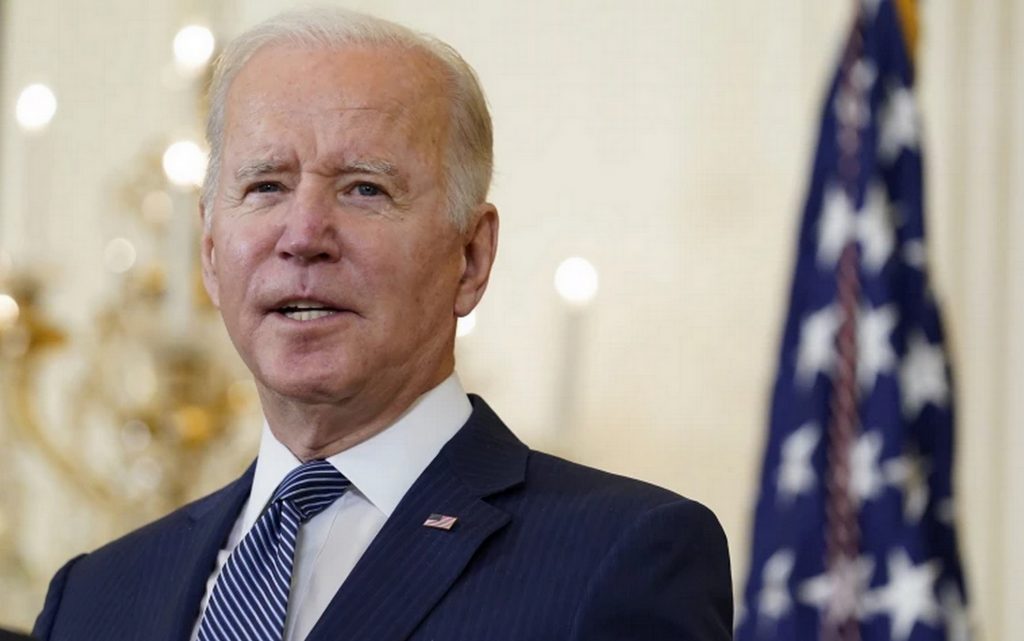 The demise of the first year of the administration of US President Joe Biden, and his celebration of his 78th birthday, don’t herald a special beginning in the new year, especially in view of the inconsistency of his election promises, full of wishes, with the lackluster performance in vital and sensitive files, most notably the deteriorating economic conditions.

He faces multiple challenges, the increasing priority of which is to find solutions.

He continues to listen to the war camp, increase the Defense budget, and marginalize his previously promising programs regarding infrastructure restoration and health care programs, due to the sharp divisions within his Democrat Party.

Annual economic inflation is still high at 6.8% and “exceeds wage rates”, as retirees will receive an increase in their allowances in the new year by 2-3%.

The comparison in this regard has distinct implications for the political future of the US president, as President Jimmy Carter lost his mandate renewal elections against his rival, Ronald Reagan, against the backdrop of rising inflation rates, high interest rates, and lackluster economic growth rates.

As for the “tragedy” of President Biden’s term, it is reflected in the “lack of supplies” and the necessary supplies to keep the economy running.

The prices of bread and grain derivatives have risen to about 80% in some US states, exacerbated by the rise in energy and fuel prices at the beginning of the winter season, and the repercussions this will have on the direction of the upcoming midterm elections.

The most prominent strategic adviser in the Republican Party, Karl Rove, assured his audience that the Republican Party will regain control of Congress, in both houses, in the upcoming elections, in November 2022, as President Biden “hasn’t practiced his duties according to the usual liberal model” (The Wall newspaper Street Journal, December 30, 2021).

President Biden’s approval ratings, on the whole, are no better.

Opinion polls have indicated a worrying drop in his popularity to a ceiling of 28% among Democrat voters, in the vital age group between 18 and 35, and independent voters favoring the Republican Party’s control of Congress at 45%.

As for the biggest failure, according to former officials, it was in the field of foreign policy of the United States, and because of its close interdependence with its national security, by escalating tension with both China and Russia “at the same time”, after launching a slogan in order to reassure his country’s allies, in which he said that “America is back to lead the world”.

The White House ignored one of the pillars of the foreign policy of its predecessors, considering it “one China”, in the first case, and invited Taiwan to attend the “Democracy Summit” earlier this month.

As for Russia, the escalation of tension with it reached levels close to the outbreak of an armed conflict over the territory of Ukraine after Washington supplied advanced weapons to Kiev and moved its naval vessels in the Black Sea region.

The US embassy there announced the delivery to Ukraine of “80 tons of ammunition, and about $60 million in security assistance” (a statement issued by the embassy on November 14, 2021).

It is a presidential failure par excellence, which led to the rapprochement of Russia and China, according to previous sources, and may lead to their formation of an alliance or an advanced military partnership to confront Washington, in conjunction with their growing presence in the Middle East and Africa alike, especially in light of the news that Moscow has sent a team from “military advisors” to Mali.

The major US media reflect the concern within the political decision-making circle, of the simultaneous rise in the influence of China and Russia in global affairs.

For example, the Washington Post dealt with the Russian issue, in a question with implications, which is: “Why is the CIA so concerned about Russia and Ukraine?” (December 1, 2021 issue).

As for China, the newspaper said that President Biden told his Chinese counterpart, Xi Jinping, in their 3-hour video conference, that “it appears that it is our responsibility, as the leaders of China and the United States, to ensure that the competition between our two countries doesn’t deviate into conflict, whether that Intentional or unintentional, not simple and direct competition” (November 18, 2021 issue).

The most notable achievement of President Biden was the alignment of the NATO countries around Washington’s directions to contain China, and its belief that Taiwan constitutes a vital issue for the future of the alliance, especially its advanced position in the production of electronic semiconductors.

German, Canadian, Japanese and Australian navies joined the US Pacific Fleet last month, “to conduct joint naval maneuvers”, as a prelude to a steady military presence near Chinese shores.

However, the “unity of NATO’s position” vis-à-vis China is not matched by European unity and determination vis-à-vis Russia, given the 35% dependence of the main alliance countries, especially Germany, on the flow of Russian natural gas in order to ensure the continuation of the economic wheel, despite attempts to Multiple Washington is replacing Russian gas with another, produced by the US, and its rates do not exceed 16% of the needs of the European Union countries, with the highest price difference for the US account.

In addition, the alliance countries are witnessing a high rise in the cost of imported gas, amounting to 800% this year, some of which is due to Washington’s harsh opposition to the Russian gas pipeline “Nordstream 2”.

Also, President Biden’s orientations towards his country’s allies did not result in a practical translation of his electoral promises to them.

Britain and Japan are “still waiting for the removal of the tariffs on steel and aluminum,” which were imposed by his predecessor, President Donald Trump, and are estimated at billions of dollars, as well as the tax bonuses granted by his administration to the American electric car industry, which Mexico and Canada strongly oppose (The Wall Street Journal Journal,” 30 December 2021).

The mentioned newspaper quoted Adam Posen, president of the Peterson Institute for International Economics, as criticizing the prevailing trade policies in President Biden’s term, which “work to satisfy the white male element in the production process, exacerbate relations with allies, and lead to higher prices for consumers”.

The fundamental question in Washington and the major capitals of the world revolves around the future of President Biden, and whether he can go to the end of his presidential term in light of the multiple crises and the decline in his leadership capacity, which is no longer a secret, especially since his deputy, Kamala Harris, as soon as she overcomes a bump, she plunges into a new one, which reduces the Democrat Party’s bet on her continuity in her current position.

Among the scenarios circulating in Washington DC, and in the corridors of the Democratic Party in particular, is the temptation of the Vice President to move to a position in the Supreme Court, which provides the constitutional opportunity for President Biden to name an alternative figure, or appoint her to the position of Vice President, and then announce his resignation from his presidential position as a result health consideration.

The mentioned scenario is not unlikely to be achieved in 2022.

However, not everything one wishes can be achieved in a specific time circumstance.

President Biden is faltering in his performance after reaching his 78th year, and avoids holding press conferences, especially with heads of major countries, such as the Russian President Putin, in order to avoid public embarrassments, which prompted a Fox News commentator to say that President Biden was reading his answer from someone the journalists, which weren’t consistent with the identity of the questioner or the subject of his question.