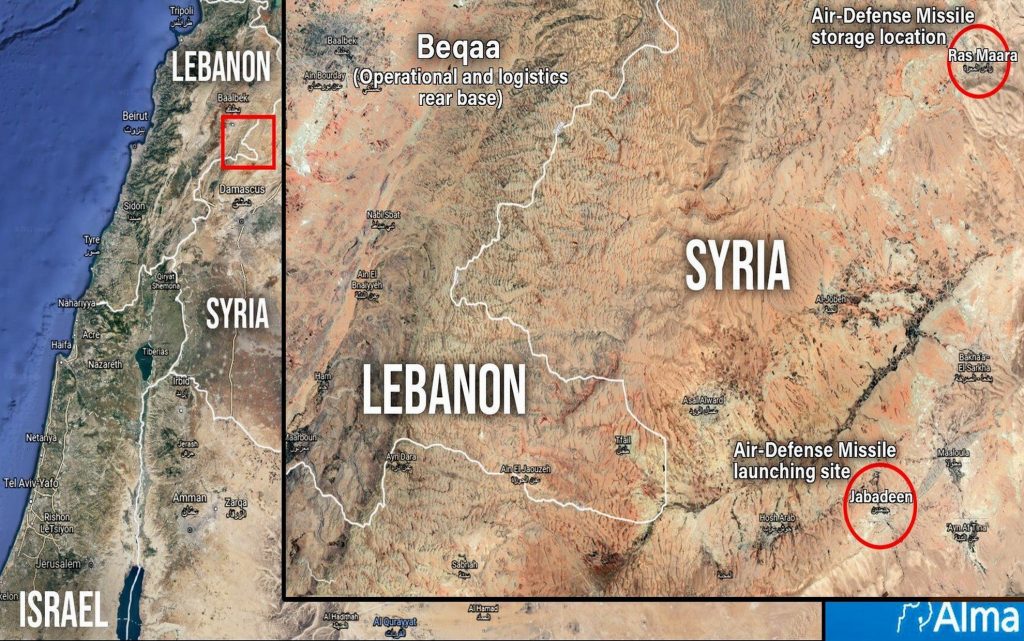 An Israeli research center reported that the Lebanese “Hezbollah” has deployed air defense systems near the Syrian capital, Damascus, and southern Lebanon, which makes it capable of countering Israeli air strikes in Syria and Lebanon.

Alma Center said that “Hezbollah is deploying these systems in the Qalamoun Mountains region, northwest of Damascus, adjacent to the Lebanese Bekaa Valley, which includes Hezbollah’s logistical and operational base”.

The Jerusalem Post, which published the report of the Israeli think tank, said that it believed that “Hezbollah” has “the SA8 short-range tactical surface-to-air missile system as well as the SA17 and SA22 in its air defense arsenal”.

The head of the research department at the “Alma” Center, a pioneer in the Israeli army, Tel Perry, told the newspaper, “Hezbollah has deployed SA8 surface-to-air missile batteries in southern Lebanon, which could theoretically pose a threat to Israeli aircraft operating over Lebanon,” adding: It is possible that Hezbollah fighters have been trained on the Iranian Bavar 373 defense system, which is based on the Russian SA-300 system, which is supposed to be able to simultaneously engage up to six targets.

The Jerusalem Post reported that “while the Israeli army’s air superiority has increased, the army believes that it still has the ability to operate effectively over Lebanon and Syria despite the threat posed by Iranian and Hezbollah air defense systems”.

Hezbollah appears to be deploying part of its air defense system in the Qalmoun Mountains region northwest of Damascus. The Qalmoun region borders the Lebanese Bekaa region, which serves as Hezbollah's logistical and operational rear base. pic.twitter.com/7mjoHUGmy6