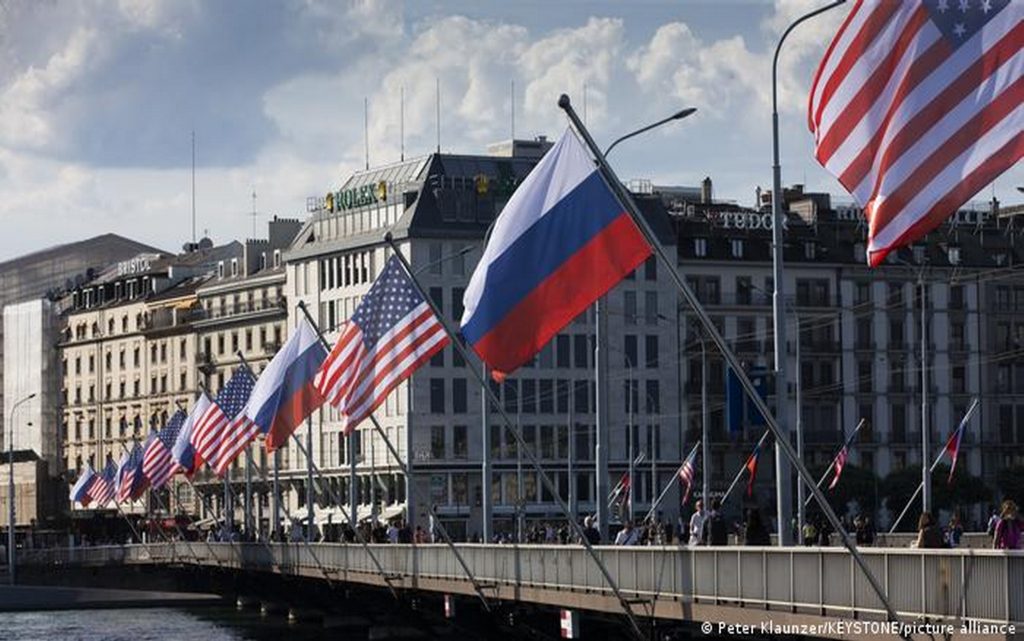 The United States and Russia have agreed to hold talks on European security and the Ukrainian crisis on January 10 in Geneva, while Moscow ruled out any concession from its demands aimed at limiting Western influence on its borders.

On top of the demands presented by Moscow within the draft agreements it handed over to the United States and NATO, to prevent future expansion of the alliance in what Moscow considers its area of ​​influence.

“The 10th of January will be the main day of Russian-US consultations,” Russian Deputy Foreign Minister Sergei Ryabkov told the Russian “TASS” news agency, noting that the two sides would not reach an agreement within one day.

Prior to that, a spokesman for the US National Security Council told AFP that the negotiations on the 10th of next month will be followed by a meeting between Russia and NATO on the 12th.

The next day, on January 13, a third meeting will be held between Russia and the Organization for Security and Cooperation in Europe, which was established during the Cold War to facilitate dialogue between East and West.

Later, a spokesman for the organization clarified that “the first meeting in 2022 of the Permanent Council of the Organization for Security and Cooperation in Europe will be held on January 13”.

In an indication that the talks would be difficult, Russian Foreign Minister Sergey Lavrov ruled out any concession, stressing that Moscow was taking a firm position regarding the defense of its interests.

Russia’s assistant ambassador to the United Nations, Dmitry Polyansky, warned in a press statement that Russia wouldn’t be satisfied with nonsense… We really want something serious this time”.

“This is not a warning,” he added, “This is a constructive proposal that is in everyone’s interest”.

The talks aim to defuse tensions over Ukraine, with Kiev and its Western allies accusing Moscow of massing tens of thousands of military personnel at its border in preparation for a possible invasion.

The Kremlin insists that the West and NATO are getting dangerously close to Russia’s borders.

Moscow presented this month a list of broad security demands to the West that NATO should not include new members and should seek to prevent the United States from establishing new bases in the former Soviet republics.

“The proposals presented by the Russian side should be discussed,” Ryabkov stressed.

In 2014, Russia annexed Crimea from Ukraine after a pro-Western revolution in that country.

Moscow is widely seen as the patron of pro-Russian separatists in the east of the country who have been at odds with the Ukrainian army for eight years.

The US-Russian meeting falls within the framework of the strategic security dialogue launched by US Presidents Joe Biden and Russian Vladimir Putin at their summit in Geneva last June.

A senior US administration official, who also asked not to be named, said that although this Strategic Security Dialogue is primarily devoted to the renegotiation of non-proliferation treaties after the Cold War, the discussion will also address the situation at the Russian-Ukrainian border, where Moscow has deployed dozens of Thousands of soldiers.

It is expected that the Ukrainian file will be the focus of the upcoming talks between Russia and both NATO and the Organization for Security and Cooperation in Europe.

In a departure from the usual secrecy of diplomatic talks, Russia recently presented two draft agreements to prevent the expansion of NATO towards Ukraine and to put an end to Western military activities near the Russian borders.

The United States confirmed that it was ready to discuss these documents, stressing at the same time, that they include some matters that Russia knows are unacceptable.

A spokesman for the National Security Council stressed that any agreement with Russia would take into account the interests of Ukraine.

“President Biden’s approach to Ukraine is clear and consistent: deterrence and diplomacy,” he added.