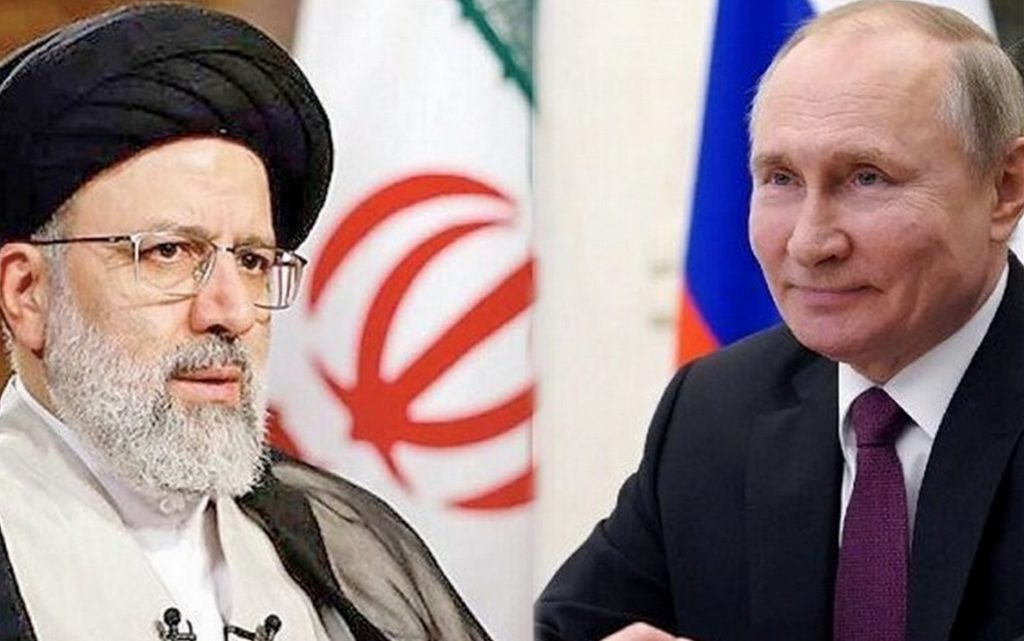 Iranian President Ebrahim Raisi intends to accept the invitation of his counterpart Vladimir Putin to visit Russia soon, a government spokesman announced Tuesday, in a visit that will be the first of its kind for a head of the Islamic Republic since 2017.

“Within the framework of the strategic interaction between Iran and Russia, Mr. Putin invited our president to visit Russia,” spokesman Ali Bahadori Jahromi said during a press conference.

He added, “It was agreed that (the president) would visit Russia,” likely the date of the visit would be “the beginning of the Gregorian year 2022”.

This month, Putin expressed his hope that Raisi would respond to his invitation to visit Russia, which has extensive political, economic and military ties with the Islamic Republic.

“We discussed the Iranian problem,” he said during a press conference with Greek Prime Minister Kyriakos Mitsotakis.

I hope that the Iranian president will accept my invitation and visit Russia at the beginning of next year,” according to the official website of the Kremlin.

“Of course, we will inform our Iranian friends and partners in detail about our dialogue with the Americans on these issues, and we will continue to discuss this issue during the possible visit of the Iranian president to Russia at the beginning of next year,” Putin added.

According to the Iranian government spokesman, the visit will discuss bilateral, regional and international cooperation, with a focus on economic and commercial cooperation.

The interests of Russia and Iran overlap in many files, most notably the 2015 agreement on the Islamic Republic’s nuclear program.

Russia is one of the parties to this agreement, from which Washington unilaterally withdrew in 2018, re-imposing sanctions on Tehran, and is participating in the current negotiations in Vienna with the aim of reviving it.

Moscow had previously taken positions in support of Iran in the file of the agreement, as its foreign minister, Sergey Lavrov, called in September for Washington to move more to resolve issues related to it, stressing the need to lift sanctions.

The agreement was one of the main topics of discussion between President Putin and President Putin during a phone call between them last November, according to what the Iranian presidency said at the time.

Iran and Russia are also the most prominent supporters of Syrian President Bashar al Assad in the ongoing conflict in his country since 2011, and they share an interest in files in West Asia, especially Afghanistan.

This visit will be the most prominent foreign leg of hardline conservative Raisi, since he took office in early August, succeeding moderate Hassan Rouhani, who made his last official visit to Moscow in March 2017.

On the other hand, Putin visited Tehran for the last time in November 2015, when he met the Supreme Leader of the Islamic Republic, Ayatollah Ali Khamenei.