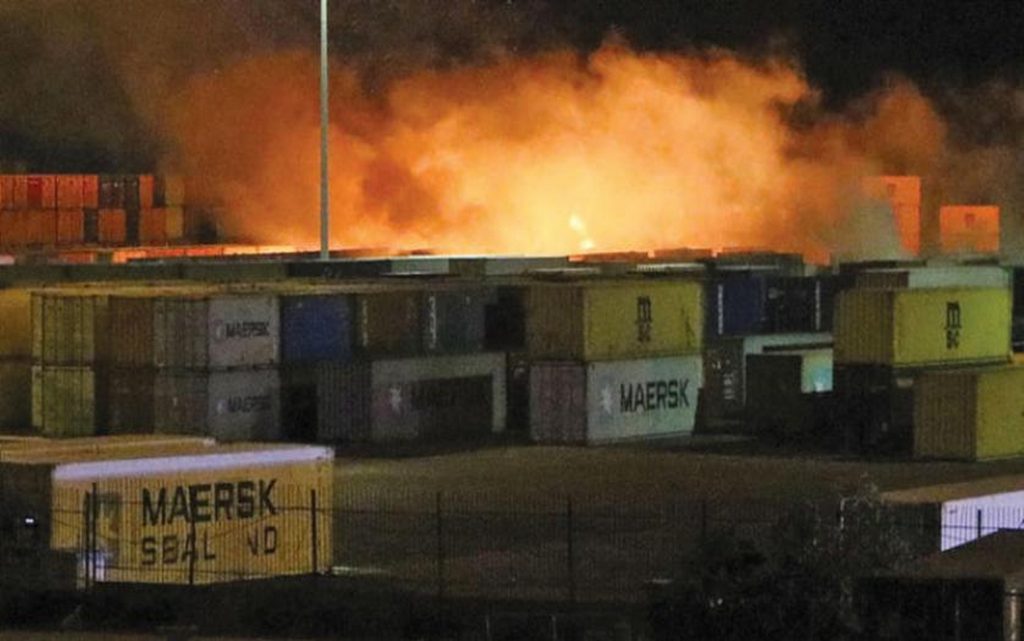 The Russian Defense Ministry revealed the details of the latest Israeli attack on Syria, claiming that “the Syrian forces did not confront the two Israeli fighters due to the landing of a Russian plane at Hmeimim Airport at the time of the operation”.

Deputy Director of the Hmeimim Center, Rear Admiral Oleg Zhuravlev, said in a statement issued on Tuesday evening: “On December 28, from 04:21 to 04:26, two F-16 tactical fighters of the Israeli Air Force launched from the Mediterranean Sea. Without crossing the border, a strike with 4 missiles directed at installations in the Latakia port area”.

The deputy director of the Reconciliation Center explained that “the Syrian air defense forces did not enter into an air battle because, at the time of the strike, a plane belonging to the military transport forces of the Russian Aerospace Forces was present during the landing operation at Hmeimim Airport in the area of ​​fire of air defense systems”.

The Russian military official stressed that the Israeli attack “did not lead to casualties among the Syrian forces”.