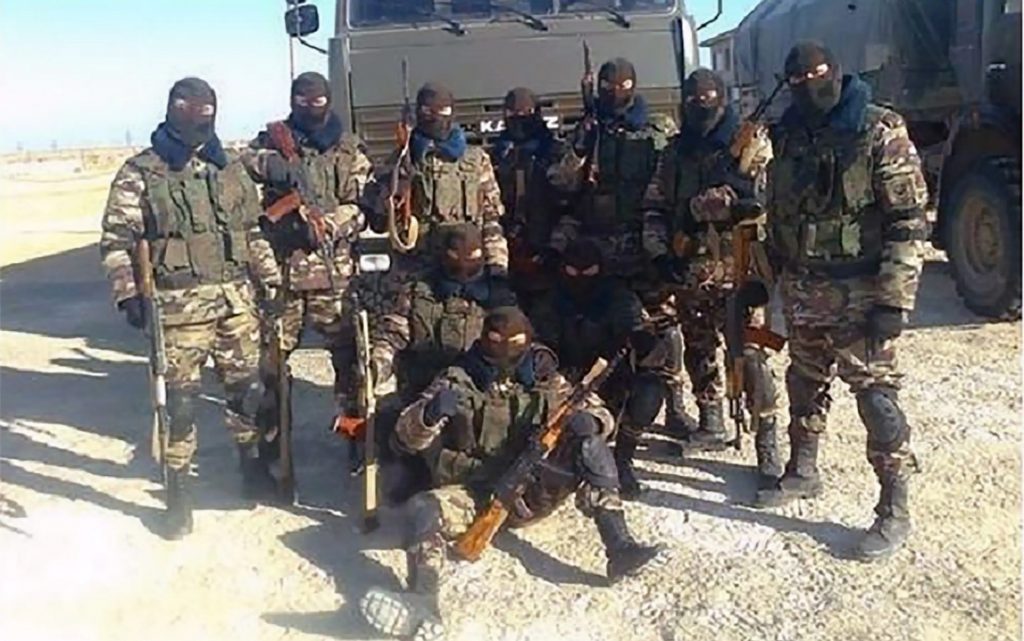 Representative in the Russian Duma, Dmitriy Sablin, spoke about the death toll of the pro-Moscow Donbass fighters who were killed in Syria, which amounted to 186 during the battles on the side of the Syrian army and Russia.

During his visit with a Russian parliamentary delegation to the Syrian capital, Damascus, which was reported by the Russian “Rusvesna” website, on December 24, Sablin said that more than 186 fighters from the Donbass region in eastern Ukraine were killed in Syria, in confrontations against the Islamic State, considering that they were volunteer fighters.

He pointed out that the elements fought on the fronts of Palmyra in the eastern countryside of Homs and other cities in Syria, while the Syrian government offered the Russian delegation the establishment of a monument in Syria to commemorate these fighters, according to the Russian website.

The area extending from the Homs desert in eastern Syria to Deir al Zour governorate is considered one of the most active areas for the Islamic State, which in turn adopts targeting operations against the Syrian army and its allies there.

Russia announced the start of its military intervention in Syria in late September 2015, and deployed its soldiers in several locations in Syria.