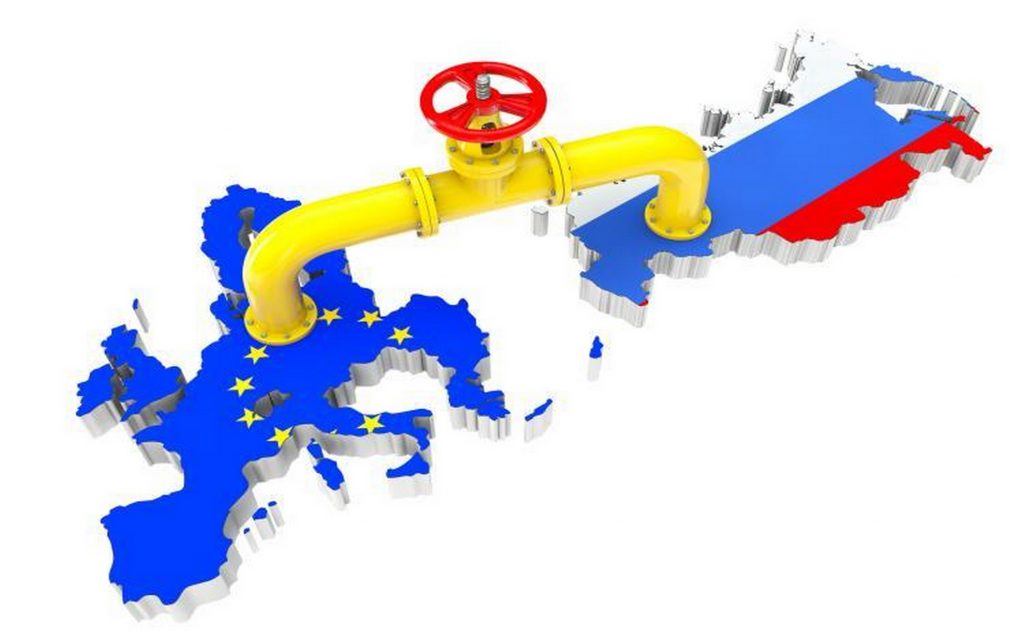 With the onset of winter, tension has returned again over gas shipments from Russia to Europe, this time focused on the Yamal pipeline that runs through Poland and Belarus.

But this dispute is just one piece of a larger problem in which economic interests and political pressures are mixed, all at the height of a Russian-Western crisis over Ukraine.

The Yamal gas pipeline, which was inaugurated in 1994, connects the city of Torzhok in central Russia with Germany over a length of more than two thousand kilometers.

And transporting about thirty billion cubic meters of gas annually, this pipeline is one of the most important means of supplying Europe with Russian gas.

However, since December 21, the gas pipeline has stopped delivering shipments from east to west.

It is now working in the other direction, as gas is being transported from the German border to Poland, according to data from Gascade, which was consulted by AFP.

In fact, Polish companies usually buy their gas, including Russian, from German middlemen who must continue to honor these contracts despite the absence of shipments coming through Yamal.

So, they have to look for other sources of supply.

In return, Russian gas continues to reach Europe through other major pipelines such as Nord Stream 1 and TurkStream.

All this comes against the background of fears of an invasion of Ukraine by Russian forces.

In Germany, the government threatens to retaliate by shutting down another gas pipeline, Nord Stream 2, which is still waiting for the green light from the authorities.

Some European countries, such as Poland and Ukraine, accused Moscow and the Russian gas giant “Gazprom” of reducing gas shipments in order to pressure the West on these two issues.

Why does the gas pipeline work upside down?

“Opinions are different”, as the Russian president Vladimir Putin justified stopping Russian deliveries in the absence of new European orders and denied any desire to exploit the issue politically.

For its part, Gazprom said, “The accusations against Russia and Gazprom that we are supplying little gas to the European market are completely unfounded”.

He criticized Germany for withdrawing from its reserves to supply its Polish neighbor.

Berlin on Monday denied any interference on its part.

“It is not the government that decides the flow of gas, but the market, the intermediaries,” the Energy Ministry said.

In the light of the significant increase in gas demand, Gazprom may “prefer” to use its “own pipelines” in order to “increase yield” at the expense of pipelines that it does not fully control.

Is there a risk of a deficiency?

“The security of supply is guaranteed,” the German Energy Ministry told AFP.

Christoph Bonnery, head of the Association of Energy Economists, said that Berlin, which has a relatively small stock of gas in its reservoirs, may face difficulties soon.

In Germany, the tanks are only 53 percent full.

And George Zakman warned that “if contracts are respected to a minimum, there will be no problem until March”.

But “if Russia is unable or unwilling to deliver gas for technical or other reasons, supplies may run out”.

Why is the price of gas rising?

These difficulties contribute to a significant rise in gas prices to levels seven times higher than they were at the beginning of the year.

This rise is explained especially by a cold winter and an increase in activity associated with the economic recovery after the Coronavirus.

It is suspected that Moscow is exploiting these tensions in the global market to reduce supply and raise prices, while forty percent of the gas consumed in Europe comes from Russia.

These criticisms were echoed by the International Energy Agency, which in September called on Moscow to do more to supply gas to Europe.