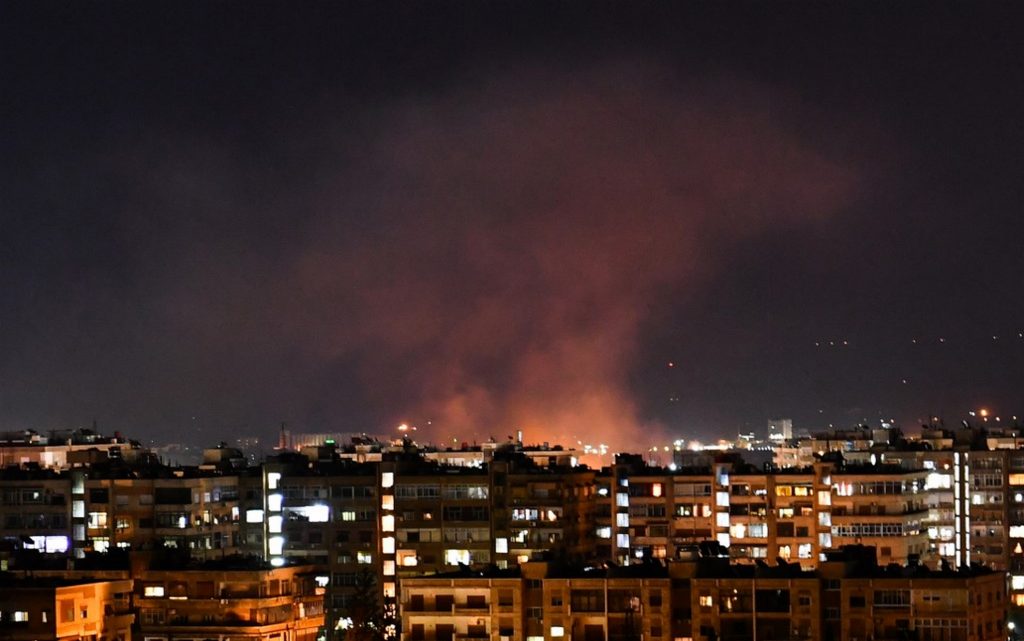 Israeli missiles targeted the container yard in the port of Latakia in western Syria, at dawn on Tuesday, causing fires in the port and material damage to the surrounding buildings.

The Syrian official SANA news agency, quoted a military source as saying that, “At around 03:21 am Tuesday (01:23 GMT), the Israeli enemy carried out an air aggression with rockets from the depth of the Mediterranean, west of Latakia, targeting the container yard in the commercial port in Latakia”.

According to the source, the bombing led to “significant material damage and the outbreak of fires, which were put out”.

The Syrian media indicated that the bombing caused glass breaks on some floors of al Nada Hospital, as well as the adjacent hotels and shops, as a result of the Israeli bombing.

Earlier, Israel had targeted the container yard in the port of Latakia in western Syria, in a strike that was the first of its kind on the vital facility on the Syrian coast.

A Syrian military source said at the time that Israel bombed several missiles from the direction of the Mediterranean, southwest of Latakia, targeting the container yard in the commercial port of Latakia, causing fires in some containers.