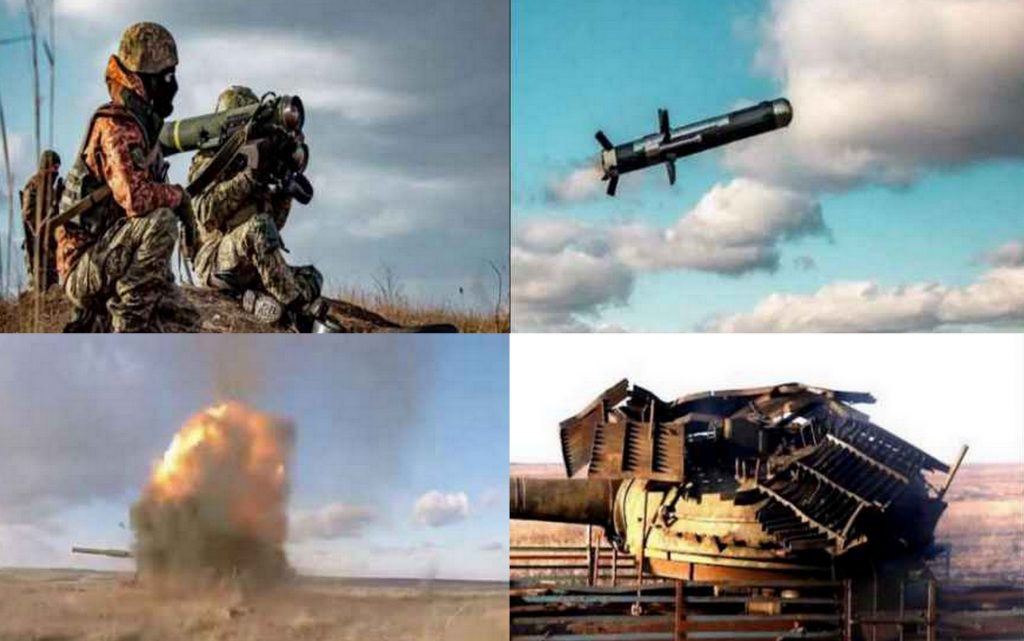 The Ukrainian armed forces have published pictures showing a number of soldiers testing US Javelin anti-tank missiles, in a message of strength to the Russian forces, which are reported by many reports of their intention to invade Ukraine.

The United States announced earlier this December that it had sent military equipment to Ukraine, including quantities of the Javelin missile, which is known as the “Tank Hunter”.

The delivery of these weapons came in implementation of US President Joe Biden’s commitment to support Kiev militarily, to confront any possible Russian invasion.

The press office of the Ukrainian Joint Forces published pictures showing soldiers taking part in maneuvers in the Donbass region, which is witnessing a conflict with pro-Moscow separatists.

In the pictures, soldiers fire “Javelin” missiles at a Soviet-made tank, as the tank caught fire after it was hit.

The tank was more than 1.5 kilometers and a half kilometer from the missile launch site.

The Javelin missile is launched from a platform or shoulder, weighs about 7 kilograms, and has a range of about 2,500 meters.

But this missile is distinguished from others in that it falls on the target from the top and not from the side, as the rest of the anti-missiles, which gives it the advantage of overcoming obstacles and the ability to hit tanks in their weakest areas.

The missile has high destructive capabilities, and military experts say it is capable of penetrating any tank.

For his part, Russian President Vladimir Putin didn’t reveal his reaction if his demands regarding security guarantees from the North Atlantic Treaty Organization (NATO) regarding its eastward expansion weren’t met.

Putin told state television on Sunday that the response would depend on “the proposals that our military experts put to me”.

He added that Russia will try to achieve a legally binding result in these negotiations.

A week ago, Moscow handed over to representatives of NATO and the United States a draft agreement calling for an end to NATO’s expansion to the east, describing this as a threat to Russia’s security.

Moscow is also seeking a categorical guarantee from NATO that it will not accept Ukraine as a member, a request the alliance has rejected in the past.

Negotiations with US officials are scheduled for next January, according to Moscow.

Reports of a possible Russian preparation to invade Ukraine sparked international concern for weeks, however, Russia has repeatedly denied these accusations.