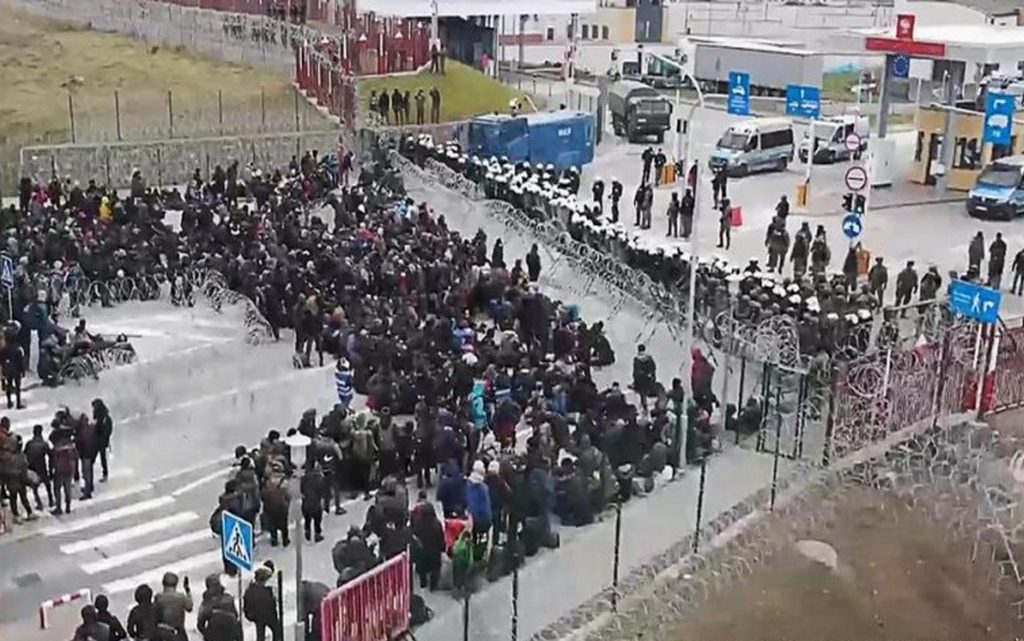 Migrants stuck at the border between Belarus and Poland, including Syrians, expressed their refusal to return to their country, justifying that they paid thousands of dollars to reach Belarus, without achieving their goal of reaching Europe.

A Syrian immigrant told Reuters that he still hopes to reach Europe, considering that it is illogical to leave children under the age of one year in these circumstances.

Another Syrian immigrant confirmed that his plans are to stay because he cannot go to the forests or return to Syria, adding: “Syria has nothing… I have nothing… No home, no school, no work, I don’t own anything”.

The 600 asylum seekers come from several countries, including Syria, Iraq, Turkey and Iran, and were among thousands who traveled to Belarus this year and tried to cross the border forests into Poland.

In turn, the assistant to the Belarusian president, Yuri Karai, stressed that the migrants who refuse to return to their country must work to earn a living, because his country does not provide aid to the unemployed.