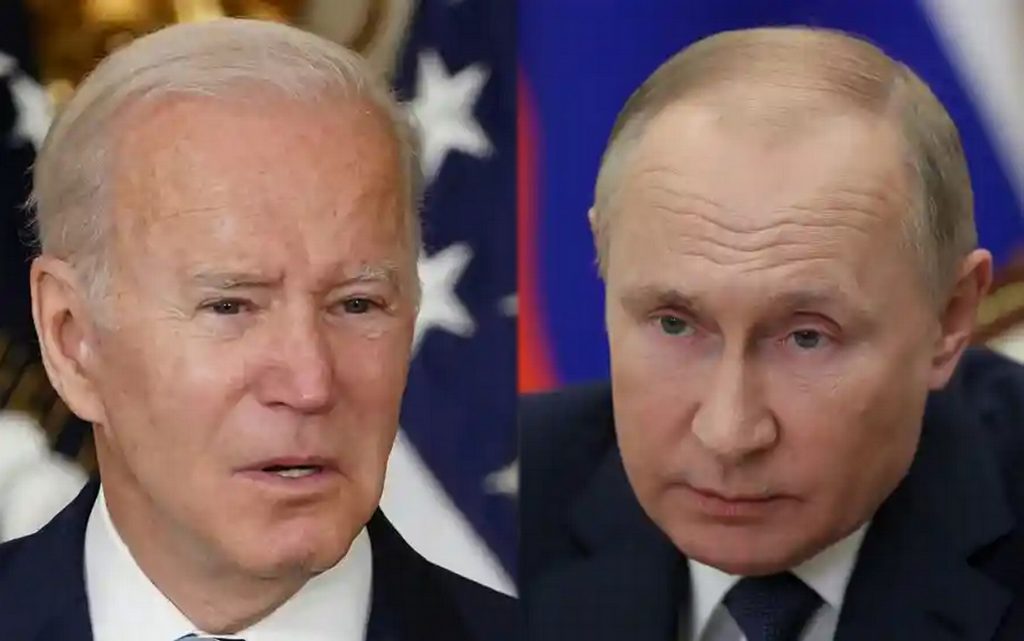 David Ignatius article in The Washington Post, in which he talked about the possibility of the Biden administration supporting Ukrainian militias in the event of Russia’s invasion of Ukraine, which would repeat the scenario of the Soviet Union and Afghanistan in 1979, according to the writer.

The Biden administration examined whether the United States could support the anti-Russian rebellion inside Ukraine, and how this could be done if Russian President Vladimir Putin invaded Ukraine and seized its territory.

Ignatius mentioned that an informed official said that the planning includes ways to provide weapons and other types of support to the Ukrainian army to resist invading Russian forces, he said, and similar logistical support to rebel groups if Russia overthrows the Ukrainian government to start guerrilla warfare.

Ignatius pointed out that one of the weapons that the United States may provide is shoulder-fired anti-aircraft missiles, adding that the CIA’s delivery of such weapons, known at the time as “Stingers”, had a devastating effect on Soviet forces during their 10-year war in Afghanistan, from 1979 to 1989.

The administration’s task force, which includes the CIA and other key agencies, has been studying how to organize insurgencies against the Soviets in Afghanistan, Russian-backed forces in Syria, as well as against the United States in Iraq and Afghanistan.

He added that it is an ironic example of turning the tables, balancing whether and how to do harm similar to what US forces have suffered in recent years.

Ignatius noted that the task force includes a legal team that studies how to provide any assistance to the Ukrainian insurgency without violating US or international laws.

Ignatius emphasized that the primary goal of the US administration is to impose costs if Putin invades Ukraine, without directly involving US forces, a move that President Biden has ruled out.

Ignatius added that White House officials believe that threatening direct military intervention would be a mistake because Biden is not willing to risk an all-out war on Ukraine, and that gray area tactics are better.

Ignatius mentioned that the planning of the insurgency complements the efforts of the Biden administration to increase the risks for Putin, and US officials have warned that America and its European allies may impose harsh economic sanctions that could cripple the Russian economy.

He added that NATO had announced that plans last week to push the forces forward towards Russia if Putin ignored warnings, would make Russia more vulnerable to Western military pressure after the invasion, contrary to what Putin hopes to achieve, and in the framework of formulating these contingency plans, trying Management strike a balance.

Ignatius claimed that the White House wants to deter the invasion, without providing an excuse to the Russian president to escalate the crisis, adding that a lot of “rattle of swords” can lead exactly to the scenario that Washington hopes to avoid.

The pointed to the statement of a senior official in the US administration to reporters: “We’re ready to look at a number of things that we didn’t take into account in the past, and the results will be very profound for the Russian Federation, but I will not go into details”.

He stated that the US arsenal of cyber weapons is enormous, but officials didn’t discuss such options.

Ignatius added that the careful budget process is also evident in the administration’s efforts to seek a diplomatic settlement of the crisis, as the United States has said that it is ready to negotiate a settlement within the framework of the “Minsk” protocols of 2014 and 2015, which would likely mean semi-autonomy for the Russian-speaking separatists in Eastern Donbass region, Ukraine.

He explained that Putin demanded much more than that, including ensuring that Ukraine never joins NATO, recalling Biden’s refusal to consider such dictates, even though Washington does not seek NATO membership for Kiev.

Ignatius mentioned the US administration’s rejection of Putin’s extremist proposals regarding spheres of influence in Eastern Europe, saying that it wants to keep negotiations open.

Ignatius referred to the statements of the senior US official about Putin’s demands, when he said that “there are some things in those documents that the Russians know are unacceptable, but there are other things we are willing to work with that deserve some discussion”.

The Ukrainian army is not militarily comparable to the Russian forces, but it is 50% greater than the strength that Ukraine had in 2014, when Russia seized the Crimea, adding to this, the sources said that about 500,000 Ukrainians received Militias have been training since 2014, and at least one million weapons are in the hands of individuals.

He added that these would be among the building blocks of the insurgency, as US planners discussed caches of weapons and other logistical tools that could support a powerful “stay behind network” if Russia invaded.

Ignatius pointed out that the United States had supplied the Ukrainian army with Javelin anti-tank weapons, under tight control at first, noting that similar controls would likely apply to any anti-aircraft weapons, to ensure that they didn’t fall into the hands of “terrorists”.

Although the United States may not directly supply anti-aircraft weapons, deliveries can be made by US allies or partners.

There are a small number of US special operations forces advising the Ukrainians as part of a US military team of about 150 people there now, adding that the CIA also has a paramilitary branch that has experience organizing insurgencies in Afghanistan and Syria.

Ignatius concluded, “When US forces were standing on the border of Iraq in 2003, US officials didn’t think about the crushing and burdensome counterinsurgency war that awaited them,” adding, “The Biden administration believes that Putin may be about to make a similar mistake in Ukraine, and said they hope he won’t make the wrong decision, but if he invades, they want to make it painful”.