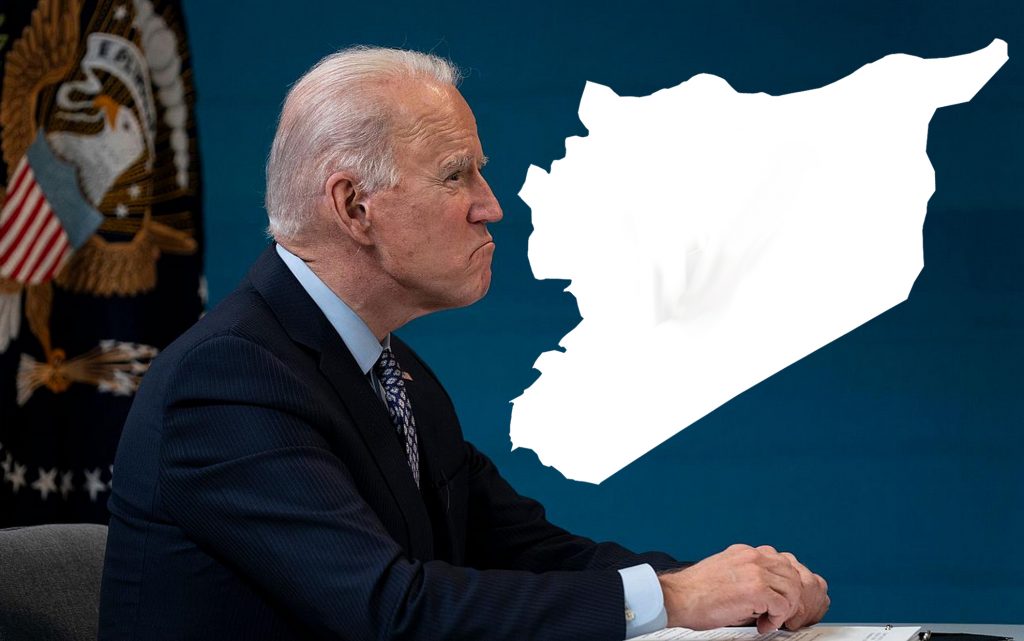 Josh Rogen published an article in the Washington Post on US President Joe Biden’s strategy in Syria, and stated that during his presidential campaign he had promised to recommit the US leadership to resolving the crisis in Syria.

Now, a year after his inauguration, his administration’s Syria policy is both inconsistent and contradictory, and he comments that the gap between what Biden’s team is saying and doing has left the region feeling confused, and the Syrian people feeling abandoned.

Josh Rogen pointed out in his article that when Biden was elected, many Syrians had high hopes that he would devise a comprehensive plan to mobilize the international community to act on Syria and hold Syrian President Bashar Assad accountable for his war crimes, as he promised.

But most of these hopes were dashed, and the US government, led by Biden, didn’t invigorate UN diplomacy, didn’t use US influence and significantly increased pressure on Assad.

On the contrary, lawmakers and activists no longer believe the Biden administration’s claims that it is opposing normalization with the Assad regime, and see it as doing the opposite.

Lawmakers and activists no longer believe the Biden administration’s claims that it is opposing normalization with the Assad regime, and see it as doing the opposite.

The writer cited the criticism of Senate Foreign Relations Committee Chairman Robert Menendez (Democrat) last week at a conference on Capitol Hill, hosted by a US-Syrian advocacy organization called “Citizens for a Safe and Reassured America,” when he said, “I don’t know what the administration’s policy toward Syria is”.

Menendez said the Biden administration’s Syria policy is impossible to understand, and he doesn’t know why the US government hasn’t done more to push once again against normalization with the Syrian regime, including by its partners in the region such as Jordan and the UAE.

He said both parties are confused.

Rogen added that during the presidential campaign, Antony Blinken, an adviser to Biden – now Secretary of State – publicly promised to enforce the Caesar Act to Protect Syrian Civilians, which imposes sanctions on any company or country that helps Assad rebuild the country he destroyed, or fill his coffers unless he stops his ongoing crimes against humanity.

So far, the Biden administration has never implemented the law, yet the State Department continues to insist that this is US policy.

Rogen added that the members of the National Security Council are secretly sending a different message, noting that council officials told him personally that there was – in fact – a change in policy, and that the Biden administration was no longer actively opposing the efforts of Arab partners to restore relations with Damascus, and it seemed that officials from the Arab partner countries have also received this message.

His article concluded that the gap now between what the Biden administration says and what it does is undermining the credibility of the United States, and at the same time, Washington’s political dysfunction helps the Assad regime, Moscow, and Iran, while undermining any remaining influence with the West for the dignity, efficacy, and human rights of the Syrian people.