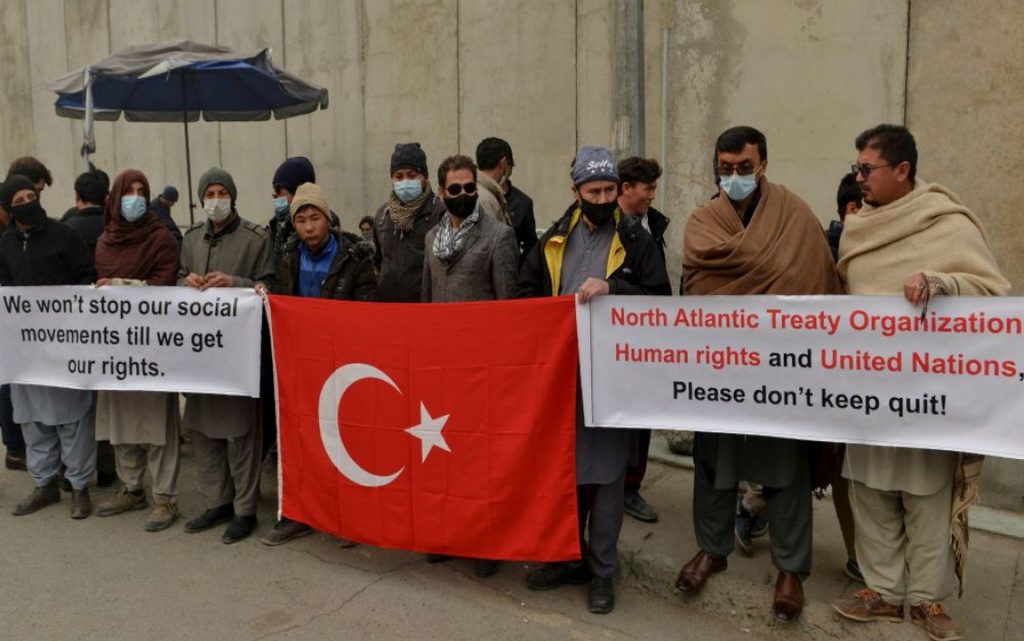 About thirty Afghans previously employed by the Turkish army as part of the NATO mission demonstrated in Kabul on Wednesday to express their denunciation of Ankara’s “abandonment” of them for its refusal to evacuate them and its failure to pay them wages since the Taliban movement came to power in August.

Many of these technical staff or translators worked at Kabul airport, whose military security was entrusted to the Turkish army during the NATO mission in Afghanistan, which ended in August with the fall of the previous US-backed government.

Since the rapid evacuation of NATO forces, these protesters have not received their salaries or severance payments, while their contract, which is renewed every year, expires on December 31, according to Asadullah Rahmani, an interpreter in Turkey since 2001.

Rahmani said he feels that the Turkish authorities have “abandoned” him, explaining that they do not respond to requests for evacuation”.

“We’re about 120 employees” in this situation and Turkey “does nothing for us,” he told AFP.

Contacted by AFP, the Turkish embassy declined to comment.

“All NATO countries… evacuated their crews from Afghanistan and Turkey, unfortunately, they didn’t”, said Mahmoud Hamraz, a professor and translator since the end of 2015″.

“Winter is coming and we’re living the hardest days of our lives, it’s a real disappointment… Nobody comes from the embassy to listen to us, they don’t even talk to us”, he added.

“Everyone who is here feels that Turkey rejects us”, he added.

A massive air bridge allowed the evacuation of more than 120,000 foreigners and Afghans who fled the new Taliban regime after the movement’s seizure of power on August 15 and the departure of the last US soldier on August 30.