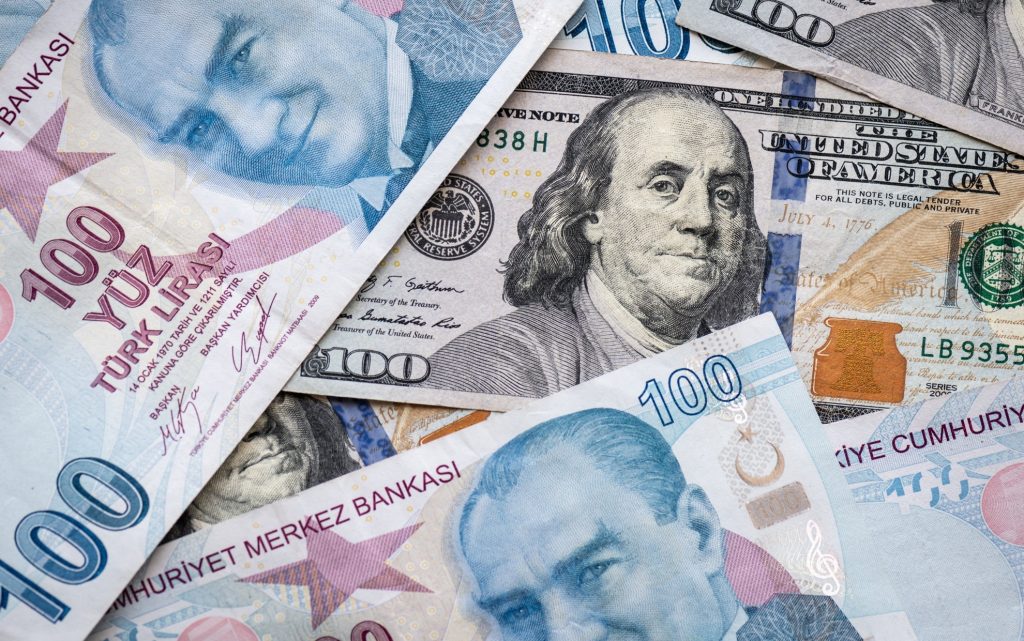 The Turkish Treasury has implemented an ambitious but risky plan to save the local currency when it crossed the level of 18 lira against the dollar.

A Turkish team of treasury experts decided last week that a fall in the value of the lira below that level would harm the economy in a “hard to fix” way, and therefore a plan was needed to avoid that.

The idea, to provide a government guarantee against foreign exchange losses on lira deposits, was also brought up amid the previous currency crisis in 2018, but was put on hold at the time due to risks.

On Monday, Turkish President Recep Tayyip Erdogan implemented the plan, hours after the lira crossed the level of 18 against the dollar, for the first time, to plunge to a record low of 18.4 tl.

The plan worked, at least for the time being.

Erdogan’s announcement, which came late on Monday, prompted the lira to record its largest ever one-day gain as it climbed to 12 against the dollar, halting a historic sell-off that the president himself was one of the reasons for by leading a series of active interest rate cuts.

The Treasury didn’t immediately respond to a request for comment.

According to Turkish official, familiar with the government’s plan, it was necessary to intervene after the lira exchange rate reached 18 to the dollar and 20 to the euro.