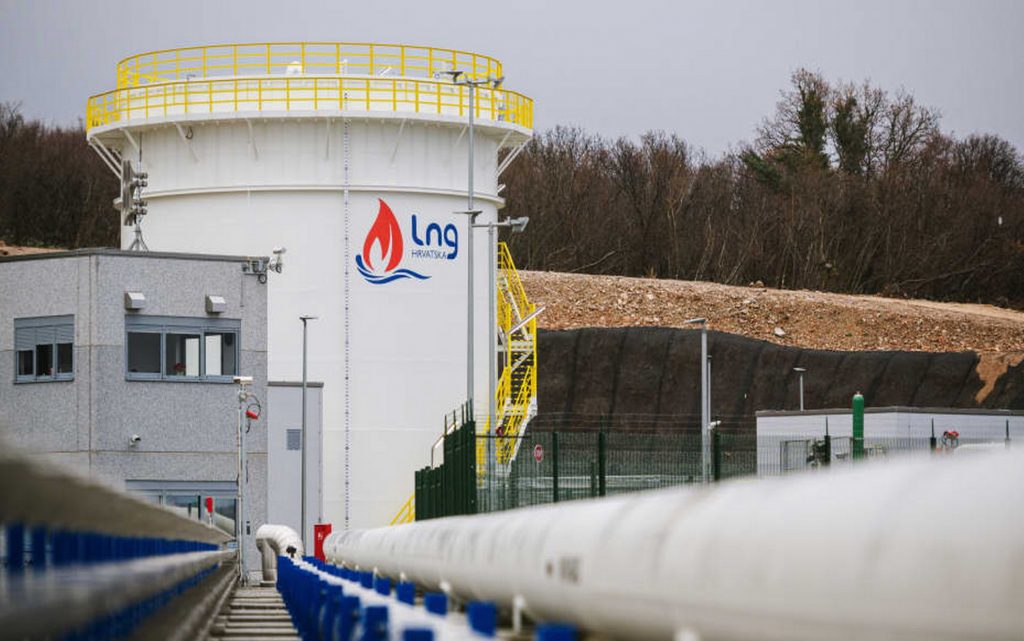 The United States is expected to become the largest exporter of liquefied natural gas in the world by 2022, surpassing Qatar and Australia and may continue to hold this title for years to come.

While China and the major economies of the old continent Europe and Asia were struggling to obtain adequate supplies of heating and power generation, the United States was sitting on a huge stockpile of supplies that would also grow in the coming years.

According to Reuters, the global demand for LNG has been increasing, hitting record levels every year since 2015, mostly due to the increased demand in China and the rest of Asian countries.

At the same time, US exports of liquefied natural gas were able to rise increasingly and meet the needs of many global demands, which made it qualified to compete with the largest market and beat them with merit.

The US Energy Information Administration expects US exports of LNG to reach 11.5 billion cubic feet per day in 2022.

This amount represents about 22% of global demand for liquefied natural gas, which is expected to reach 53.3 billion cubic feet per day by next year, according to analysts from Goldman Sachs, surpassing the United States by that, Australia and Qatar, which are considered the largest exporters of liquefied natural gas for now.

In the same context, the United States isn’t only the largest exporter but also the largest producer of natural gas in the world with about 914.6 billion cubic meters by the end of 2020, and with the majority of production being consumed domestically, it is also the largest consumer of gas globally.

While strong export growth is likely to affect gas prices, the biggest price drivers historically have been unexpected disruptions, such as those caused by weather on the demand side and production disruptions on the supply side, as happened in the year of the pandemic and storms in the US this year.

The problem is that there are huge reservoirs of natural gas in areas far from the markets, and it cannot be transported through pipelines for economic, natural and political reasons.

Therefore, liquefied gas technology has been developed so that it is transported in liquid form in special cooling tanks on huge tankers similar to oil tankers, then it is unloaded and returned to its state.

Gaseous gas by heating it in the ports of the consuming countries.

The gas is liquefied by ridding it of some impurities, and then cooling the remaining methane to less than minus 160 degrees Celsius, which reduces its volume by up to 600 times, and makes its transportation economical and profitable.