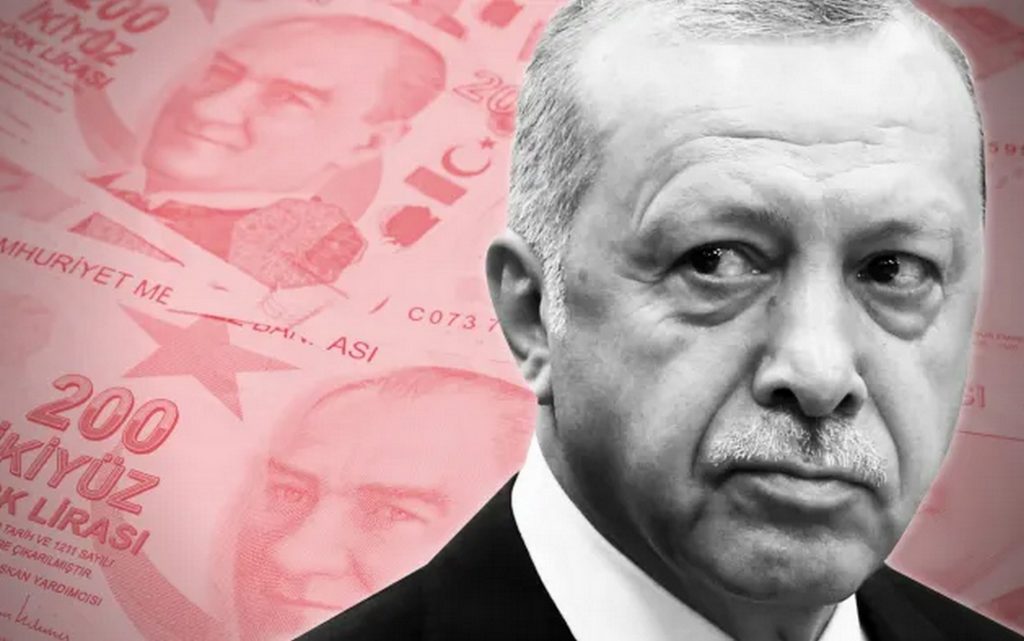 The Turkish lira fell over the previous weeks, until its exchange rate against the dollar reached an unprecedented level last Monday, exceeding the dollar price of 18 tl then the dollar exchange rate rebounded to levels of 13 pounds in trading on Tuesday.

All these fluctuations occur in light of what the government says is an economic war that it is waging against interest rates, in parallel with a large number of people buying yellow gold to hedge against the collapse of the Turkish lira.

What is Erdogan’s logic?

Central banks can intervene in their country’s economy to push it in one of two ways; expansion or contraction.

Several tools are used for this: such as open market purchases of bonds, controlling the percentage that banks must freeze from each amount deposited with them, and the interest rate for which the Monetary Policy Committee is responsible.

Current economic theories state that raising the interest rate is a good option to reduce inflation in a country and vice versa.

According to this theory, when the interest rate decreases, people at the individual and commercial level will want to borrow more, which means greater financial liquidity in the market, which will lead to greater demand in the region and thus increase prices and thus inflation.

And if you want to reduce inflation, when interest is increased, people will be reluctant to borrow and will tend to put their money in banks, which will reduce liquidity in the region, which will mean reducing inflation.

In fact, graphical analyzes support this, as you will see in the following chart from Investopedia, which shows the relationship between the Federal Funds Rate and the Core CPI over several years.

Turkish journalist Cemil Ertem explains in article, published at the “Daily Sabah” newspaper, that Erdogan’s theory is the origin of the equation presented by the famous “fisher” economist in the previous century, which says that an increase in nominal interest will lead to an increase in inflation in the long run.

The economic theory that Erdogan follows and explains in its basis explains that reducing interest rates will make Turkey’s economy a strong real economy based on tangible production, rather than a rentier economy based on interest in banks.

Note that lowering the interest rate will push the people who had put their money in the banks to benefit from the usury that they will take at the end of the deposit period, but after reducing the interest, these funds will be withdrawn because investing them in a real project in the market will be more profitable than the small percentage offered by the bank, and therefore projects More and more real ones contribute to raising the real GDP.

However, this will have a bad effect on the people in the short term, and this is what Erdogan is aware of.

He described it as a “war of economic independence”, indicating that he is also seeking to get rid of the interest lobby in Turkey.

“Inflation will go down sooner or later”, Erdogan said earlier.

“Just as we lowered inflation to 4% when we came to power, we’ll make it go down again, and I won’t allow interest rates to crush the citizens”.

“Our banks will continue to use their resources to meet the financial needs of families and the real transaction sector within the free market mechanism”, the Federation of Banks said in a statement.

Together, Erdogan decided last Thursday to raise the minimum wage in Turkey by 50%, to 4,250 Turkish liras, starting next year.

In addition to several measures that will be taken in the coming days.

It is noteworthy that interest – Usury – is a major sin in Islam.

The Islamic economy is based on real economy and facilitation for people.