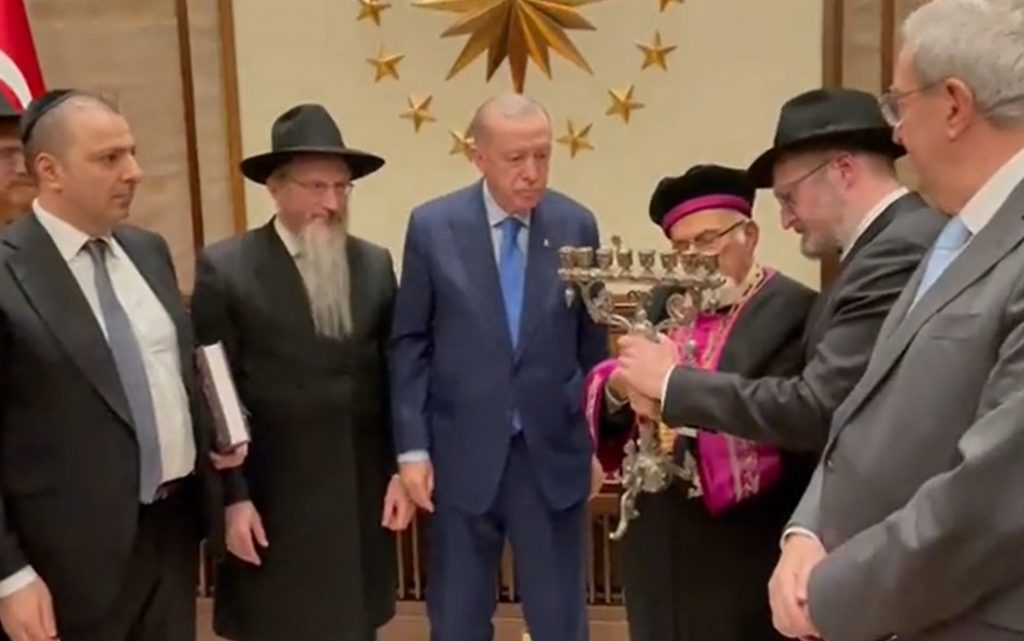 Turkish President Recep Tayyip Erdogan stressed the need to exert all possible efforts to promote an atmosphere of peace and stability in the Middle East, and said that relations with Israel are progressing in the economic and trade fields.

Erdogan words came during a meeting with the Turkish Jewish community and members of the “Alliance of Rabbis in Islamic Countries”, at the Presidential Complex in Ankara.

“We don’t want to see tension, conflict or turmoil in this geographical area… The ancient sites that embrace the holy sites of each of the three monotheistic religions”.

He made it clear that any steps that will be taken regarding the Palestinian issue, especially Jerusalem, won’t only contribute to the security and stability of the Palestinians, but will also include Israel.

He added, “Therefore, I attach importance to our renewed dialogue, whether with Israeli President Isaac Herzog or Prime Minister Naftali Bennett”.

Erdogan pointed to the vital importance of Turkish-Israeli relations in the security and stability of the region.

Erdogan pointed out that relations between the two countries are progressing in the economic, commercial and tourism fields, despite the difference of opinion on the Palestinian issue.

In a related context, Erdogan stressed the need for everyone’s solidarity to combat anti-Islam, anti-Semitism and xenophobia, which has begun to escalate, especially in Western countries.