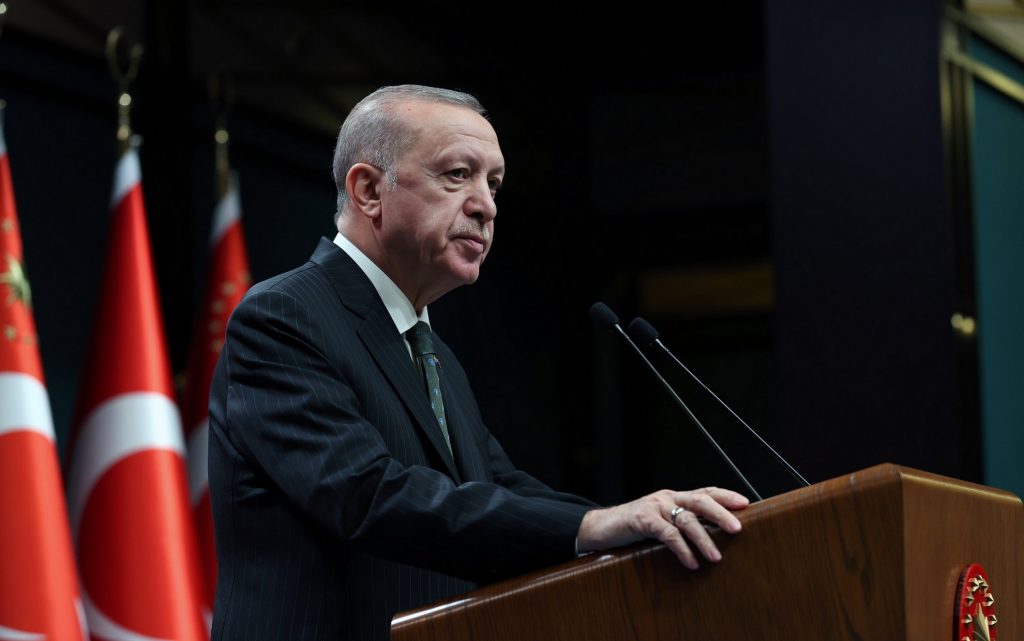 The Turkish lira rebounded strongly on Monday after President Recep Tayyip Erdogan’s statements, reaching 14.27 against the US dollar.

Speaking at a press conference after presiding over a government meeting at the Presidential Complex in Ankara, President Erdogan said that his country will launch a new financial instrument that will allow achieving the same level of potential profits for savings in foreign currencies by keeping assets in Lira.

He added, “We’ll provide a new financial alternative for our citizens who wish to allay their fears caused by the high exchange rates”.

He continued: “From now on, there will be no need for our citizens to transfer their savings from the Lira to foreign currencies, for fear of an increase in exchange rates”.

Erdogan also, talked about huge Turkish gold reserve that will be used to support the Turkish currency.

As a result of these statements, the Turkish Lira rose against the dollar by 22.3%, to reach 14.27 against the US dollar.