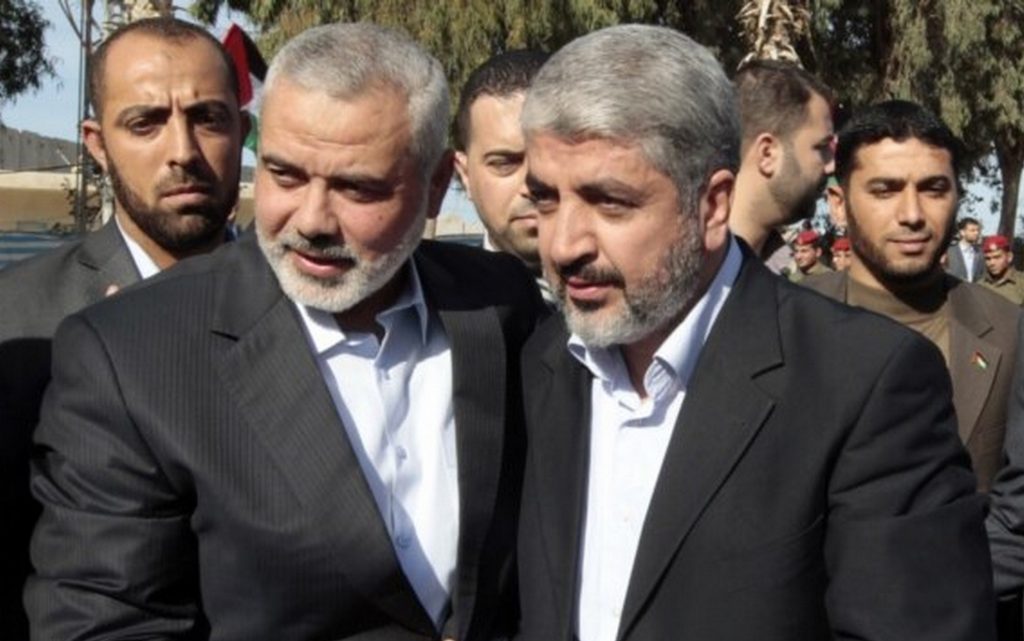 In an article published at The Times newspaper by “Anshel Pfeffer” titled “Discord among Hamas leaders may ignite violence in the Middle East”.

At the beginning of the article, Pfeffer referred to a massive explosion, which occurred about ten days ago, in the Burj al Shamali camp for Palestinian refugees in the city of Tire in southern Lebanon, which is about ten miles from the Israeli border.

The source of the explosion was a large store of weapons and missiles that Hamas had hidden under a mosque in the city of Tyre, according to Israeli intelligence, while Hamas said it was caused by an electrical fault that detonated oxygen canisters.

The blast killed one person and was blamed on Israel, but it exposed a secret rift between Hamas leaders, according to the author.

“The day after the explosion in Tyre, at the funeral of a Hamas member who was killed in the blast, shooting broke out between members of Hamas and the rival Palestinian movement Fatah, which is trying to prevent Hamas from taking control of the refugee camps in Lebanon.

According to the newspaper, the dispute is between two wings, one of which, led by Ismail Haniyeh, sees the movement as a military proxy for the Shiite regime in Iran, while the other, led by Khaled Meshaal, seeks to restore the patronage of the more moderate Sunni Arab regimes such as Saudi Arabia, the UAE and Egypt.

The newspaper quoted a Western intelligence official as saying that “moderate Arab regimes have been concerned for years about the growing intimate relationship between Hamas and the Iranian axis.

Such a partnership could have major implications for the region”.

Since the outbreak of the war in Syria in 2011, Meshaal, who survived an assassination attempt by Israeli agents in Jordan, has led a policy of disengaging from Iranian influence.

According to Western intelligence sources, he was instead trying to rebuild Hamas’ relations with Sunni Arab regimes.

To do this, he wants to make clear that Hamas is not part of the pro-Iranian regional axis that includes Hezbollah in Lebanon, the Assad regime in Syria, some Shiite militias in Iraq, and the Houthis in Yemen.

However, Meshaal’s rival and successor as head of the movement’s political bureau, Ismail Haniyeh, is pursuing a policy of rapprochement with the Iranians, who refuse even to meet Meshaal.

According to the author, “One of the motivations behind Hamas’ decision in May to launch rockets into Israel, which ignited the 12-day war, was the desire of Hamas leaders in Gaza, who are allied with Haniyeh, to prove to the Iranians that they are a “good investment” when it comes to fighting Israel”.

“By contrast, Meshaal believes that Hamas needs to focus on diplomacy rather than violence, if it ultimately wants to control the Palestinian national movement,” he said.

In recent weeks its representatives in Cairo have been negotiating a long-term armistice with Israel, while simultaneously trying to re-establish an operational presence in the West Bank, parts of which are controlled by its political rival, Fatah, and still under Israeli occupation.

And he concluded, “The IDF uncovered two weeks ago what they said was a terrorist network of Hamas activists, who were storing explosives to be used against Israeli civilian targets, with funding from the faction that prefers closer relations with Iran.