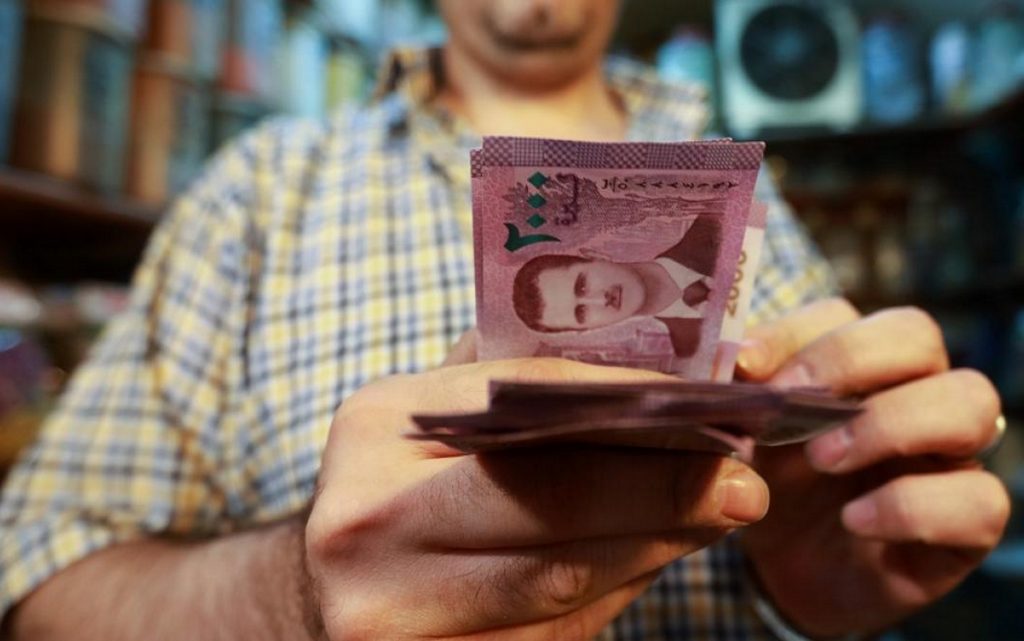 The new Syrian budget for 2022 received many criticisms, the most important of which was that the planners of this budget ignored important facts that impose themselves in the country, such as the rise in prices and the life cost with decline in people’s purchasing power, in addition to the non-stop increase in poverty and hunger rates year after year.

After the Syrian authorities issued their 2022 budget, many experts analyzed the situation, indicating five economic disasters might be hidden from the Syrian government.

After reviewing the size of the budget, the first problem is embodied in the price of the Syrian currency, set by the budget at 2512 pounds against the dollar, ignoring strong expectations that it will drop to about 4,000 pounds, which means the erosion of more than 70% of the budget’s volume.

Perhaps what happened during the 2021 budget is a vivid example that is still present for the Syrians, when the budget was approved by about 8.5 trillion Syrian Liras, equivalent to 4 billion dollars, to erode a large part of the budget, current and investment, after the Syrian Lira fell from 2,200 pounds to settle today on 3600 per US dollar.

The second problem is embodied in the decline in the size of the budget for the next year from its value for the current year.

Despite the increase in prices, locally and globally, and the increase in the poverty rate in Syria by more than 90%, we have seen a decline in the budget mass if measured by any international currency.

When calculating the difference in the official price of the US dollar in Syria, between 1256 pounds when the budget was announced last year, and the current official price of 2512, we see that the financial budget for the next year doesn’t exceed 5.3 billion dollars, while the 2021 budget, when approved, amounted to about 6.8 billion dollars (8500 billion Syrian Lira).

There is no doubt that the estimated deficit of 4,118 billion Liras is the third disaster in this budget, so the most important question remains how to cover it, especially since the Syrian Finance Minister Kenan Yaghi said that the deficit will be covered by borrowing 600 billion Liras of state treasury bonds, and 500 million Liras from external resources, so the remainder of the deficit is transferred to the Central Bank of Syria as credits taken from the reserve at the bank.

And because those three doors that the minister relied to open are closed to the government, solving treasury bonds remains difficult, as no sane person can risk buying securities, no matter how much the interest rate, in a currency that is likely to collapse, so that inflation remains higher than any interest rate the government thinks to tempt to buy.

Moreover, the external resources, given the continuation of the siege and sanctions, and the reality of production disruption and the paralysis of exports, is a procrastinating solution that the Minister himself knows isn’t achievable, so that in the third chapter, borrowing from the Central Bank, a step far from reality, after the war squandered Syria’s foreign reserves About $18 billion before the war.

This is unless the minister intended to borrow in the Syrian Lira, of which large paper will be printed (a denomination of 5 thousand and perhaps 10 thousand banknote), to increase the money supply in the market, without any production and service coverage or currencies and precious metals, and at that time the deterioration of the price of the Syrian Lira, which fell from 50 Syrian Lira equals to 1 US dollar in early 2011 to what it is today.

The fourth problem is manifested in raising prices, and the government’s continuing policy of relying on people’s pockets, as the only, guaranteed and direct way to make money, as we saw through raising taxes and adopting regressive measures, which amounted to imprisoning businessmen and protesting industrialists, and raising the prices of energy carriers between two and four times for diesel.

For gasoline and electricity, this year only, and raising the prices of subsidized goods, including bread, by 100% this year.

Perhaps with the decline in the volume of support, especially for oil derivatives, there is a supportive indicator of this catastrophe.

What the budget allocated next year to support oil derivatives, amounting to 2,700 billion Syrian Lira, is practically less than what it allocated for the current year, according to exchange rates, especially since oil is imported by the government in US dollars.

The fifth problem is manifested in the fact that the Syrian family spends 1.2 million Liras per month, in order to meet the basic needs of life.

At this time, the salary – even after the last modest increase – is still far from providing what would protect a Syrian family from starvation.

There were no indications in the new budget of the possibility of solving this problem, not to mention the indirect declaration of the Minister of Finance more than once that there is no hope for the possibility of implementing a large increase in salaries in the medium term.