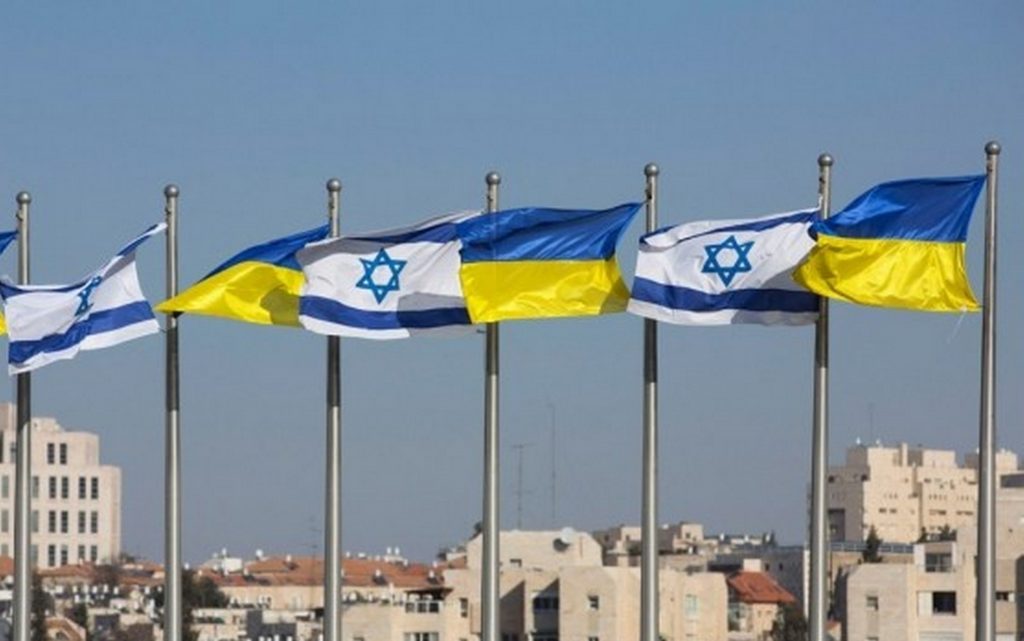 The Ukrainian ambassador to Israel, Yevgen Kornichuk, announced that his country recognizes Jerusalem as the “sole capital” of Israel, pointing out that they are preparing to open a branch of their embassy in the city next year, according to the British Middle East Eye website, on Thursday, December 16, 2021.

This came in a speech delivered by Kornichuk, on Thursday, December 16, during a celebration marking the 30th anniversary of relations between Israel and Ukraine, in the presence of Israeli Minister of Jerusalem Affairs Ze’ev Elkin.

While the chief diplomat in the eastern European country said, in statements to Israeli media, that “Ukrainian President Volodymyr Zelensky has specific preconditions in the security and defense relationship between the two countries before this step takes place,” without specifying the nature of those conditions.

In a later clarification, Kornichuk said the plans were not official, but he discussed the matter with Ukraine’s leader in October, arguing that “such a step would lead to the strengthening of trade and technical relations between the two countries”.

According to Israeli media, the office of the Ukrainian embassy in Jerusalem will be responsible for “strengthening bilateral trade and technological relations”.

Elkin, who grew up in Ukraine, said he hoped the country would open a branch in Jerusalem soon.

Elkin presented Kornicchuk with a 2,700-year-old artifact bearing the Hebrew word for “Jerusalem,” according to The Times of Israel.

While the Ukrainian president, who is expected to visit Israel next year, on Wednesday, December 15, spoke at the two-day virtual forum to celebrate Israeli-Ukrainian relations, he said: “We know what it means to defend our state and our land with weapons, at the cost of our lives”.

The Ukrainian leader, whose country is locked in a heated conflict with Russia over its territorial integrity, added: “Both Ukrainians and Israelis value freedom, and they work as equals so that the future of our countries becomes our will, not the future that others want for us… Israel is mostly a model for Ukraine”.

It is noteworthy that former US President Donald Trump had moved the US embassy from Tel Aviv to Jerusalem on May 18, 2018, coinciding with the anniversary of Israel’s celebration of its alleged independence.

Guatemala and Kosovo soon followed, while Serbia announced its intention to move its embassy.

Trump’s decision regarding Jerusalem wasn’t the only one against the Palestinian cause, but other decisions followed, followed by Arab countries that announced normalization with Israel and their recognition of what was known as the “Deal of the Century,” which considers Jerusalem as the capital of Israel, amid the resentment of Palestine, the authority, the factions, and the people.

While the current US President Joe Biden confirmed that he doesn’t intend to return the US embassy to Tel Aviv, pointing out that he will move forward with plans to reopen a US diplomatic office in occupied East Jerusalem to serve the Palestinian citizens of Israel.

Israel considers all of Jerusalem as its united capital, a situation that isn’t recognized internationally.

Israel captured the east of the city, along with the West Bank and Gaza Strip, in the six days war in 1967, and has occupied the territory ever since.