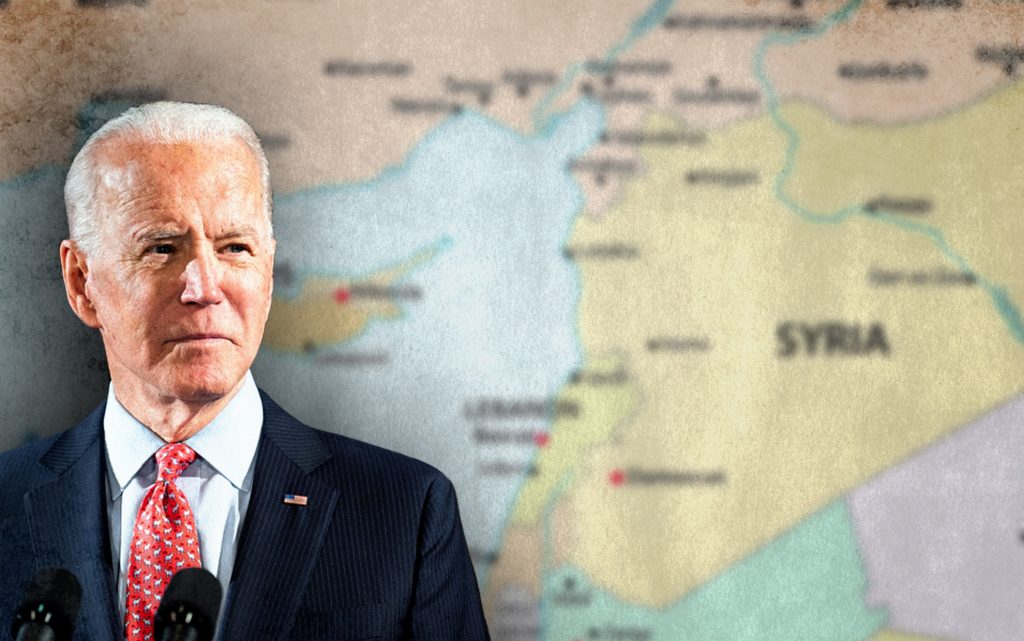 The National Review magazine said that the US Congress has taken several steps within the recently approved annual defense bill, which is likely to exacerbate the confused policy of the administration of President Joe Biden towards Syria.

Lawmakers voted to ask the administration to craft a strategy to turn US-led operations against the Islamic State into allies on the ground in the northeastern parts of the country, a withdrawal that more hawkish members of Congress say is premature.

Although the terrorist “ISIS” has been destroyed in recent years by a US-led military campaign, a United Nations report this year found that the Islamic State continues to operate in Iraq and Syria, even in its dwindling current state.

As Syrian President Bashar al Assad begins to re-establish his control over the country after a decade-long civil war.

The magazine said that the legal provision would require the Secretary of State to submit a report to Congress detailing a timetable under which US forces will hand over “security responsibilities” to Kurdish forces fighting ISIS.

However, some hawks are angry that the amendment made it a compromise draft of the National Defense Authorization Act amid a very chaotic process this year, and saw it as a concession to Assad.

The Act also obliges US officials to launch a pressure campaign through economic sanctions against the Syrian government, but observers note that the Biden administration’s sanctions against Syria have been limited.

Ahead of Thanksgiving, the US Treasury expanded sanctions waivers that will allow companies to do business with the Syrian government as long as they claim to be engaged in reconstruction activities.

Both houses of Congress have passed the National Defense Authorization Act, with the amendment, and President Biden is expected to sign it into law.

A senior Republican aide told National Review that the withdrawal strategy, which was authorized by this law, is an attempt by Democrats to give the green light to withdraw from Syria and a weak position toward Assad.

It also shows that the approach of the Democrats in Syria is defined entirely outside politics: Do you remember when President Donald Trump withdrew US forces from Syria and the Democrats passed a resolution condemning that?

In contrast, other parts of the amendment demand a much tougher approach to implementing mandatory sanctions to punish human rights abusers than has been done by the Biden administration thus far, and the amendment also requires the administration to come up with ways to prevent normalization with the Assad government and seek to do more Effort to pursue allegations of “human rights violations in Syria”.

The magazine said that all this reflects the dissonant way in which the US administration has directed its approach towards Syria.

Most recently, the administration revealed the conclusions of its Syria strategy review, but important questions remain, and some experts accuse Biden officials of putting Syria behind among other foreign policy priorities.

Joel Rayburn, the Trump administration’s special envoy for Syria, said that although the State Department had issued a clear rebuke to US allies’ moves toward normalization with Assad, the lackluster way in which the policy was implemented sent mixed signals.

Although the administration “began to talk loudly” about opposing the United States’ regional partners’ move toward normalization with Assad, Rayburn told the magazine, “They have been quiet about it while they conduct a review of their Syria policy.

I think they lost some of their gains in that regard”.

Within months they find themselves having to deal with some crisis.

The administration doesn’t really know what it’s doing in Syria, and with the National Defense Authorization Act, Congress is only willing to intensify Washington’s confusion.