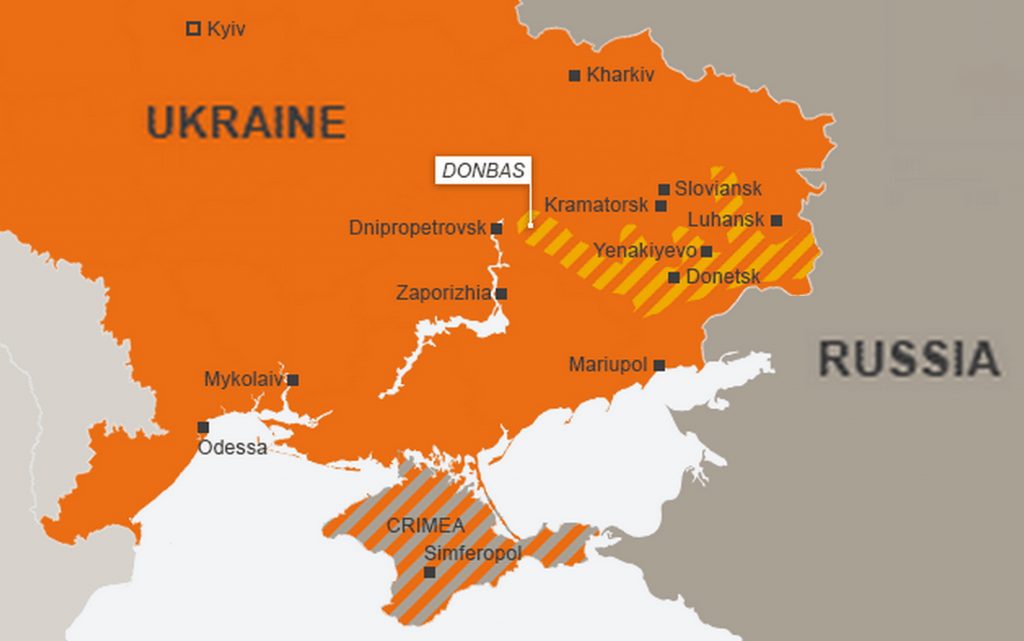 Both drafts concerned security guarantees, including a pledge that Ukraine would not join NATO.

Russian Deputy Foreign Minister Sergei Ryabkov confirmed his country’s rejection of the idea of ​​Ukraine joining NATO, and said that this idea doesn’t suit Russia at all, and that it will confront it.

Ryabkov said that Russia is demanding the withdrawal of NATO’s 2008 decision on the possibility of Georgia and Ukraine joining the alliance.

He described the response of NATO and the United States to Moscow’s proposals on security guarantees as not optimistic, “but they did not reject the request”.

Through its proposals, Russia seeks to limit the military influence of the United States and NATO in its vicinity, and has confirmed its readiness to negotiate, starting today, Saturday, with the United States on these proposals.

The proposals also included “emphasizing that both parties do not consider the other an adversary, agreeing to resolve all disputes peacefully and refraining from the use of force, committing to avoid creating an atmosphere that is a threat to the other party, and extending hotlines for emergency communications”.

Under these proposals, Russia and NATO member states have pledged since 1997 not to deploy weapons and forces to other countries besides those present there.

The United States said that its response to the Russian proposals would be in consultation with its allies, according to what the White House spokeswoman explained, while a US official said that “Russia knows that some of what was stated in its proposals is unacceptable”.

The official added that the United States is ready to discuss security issues and strategic concerns with Russia, and that it will communicate with Moscow about next steps.

For his part, White House National Security Adviser Jake Sullivan said Friday that his country is ready to dialogue with Russia about its security demands and will also raise its own concerns.

Sullivan added at an event for the Council on Foreign Relations that the latest assessment from the US government indicates that Russian President Vladimir Putin hasn’t made a decision to invade Ukraine, and that “there has been no change from last week to this week in this regard”.

Nevertheless, Sullivan said, “The validity of the analysis provided by the intelligence, to indicate that the Russian government pays great attention and is operational planning for such exercises, is largely established”.

On the ground, Ukraine said that pro-Russian separatists killed a Ukrainian soldier on Friday and wounded another.

The Ukrainian soldier was killed in a shooting by pro-Russian separatists near the town of Pavlopil, 25 km northeast of the city of Mariupol.

The wounded soldier was taken to a hospital for treatment, bringing the number of Ukrainian soldiers killed on the ceasefire line in Donbass since the beginning of this year to 66, while 262 were wounded.

Ukraine’s Defense Ministry said the separatists had violated the ceasefire five times in Donbass region since Thursday, one of them with weapons banned under the Minsk ceasefire agreement.

The West accuses Russia of preparing for a new invasion of Ukraine and of deploying large forces on their common border, and threatens Moscow with imposing unprecedented sanctions upon it in the event of an invasion, but it seems that it rules out any military intervention.

For its part, the Kremlin denies these allegations and says that Russia is threatened by NATO, which arms Kiev and increases the spread of air and naval equipment in the Black Sea region.

For its part, the Interfax news agency quoted Russian Deputy Foreign Minister Sergei Ryabkov as saying on Saturday, that Moscow’s relations with the United States haven’t yet reached their lowest level, adding that the proposals made by Moscow could contribute to easing tension.

Russia said on Friday it wanted a legally binding guarantee that NATO would give up any military activity in eastern Europe and Ukraine, as part of a list of security guarantees Russia wants to negotiate with the West.

This plan articulates for the first-time detailed demands that Russia says are essential to lowering tensions in Europe and defusing the Ukraine-related crisis.

“I think we haven’t yet reached the lowest level in relations, there is progress in at least some aspects, not all things are hopeless,” Interfax quoted Ryabkov as saying today.

He stated that Moscow needed stable and predictable relations with Washington.

“The situation can stabilize and improve with the help of such agreements.

Without it, the situation will remain very difficult and tense”.

The Ministry of Foreign Affairs published the two documents.

The US National Security Adviser Jake Sullivan said Friday that the United States is ready to talk to Russia about its security demands and will express its concerns.