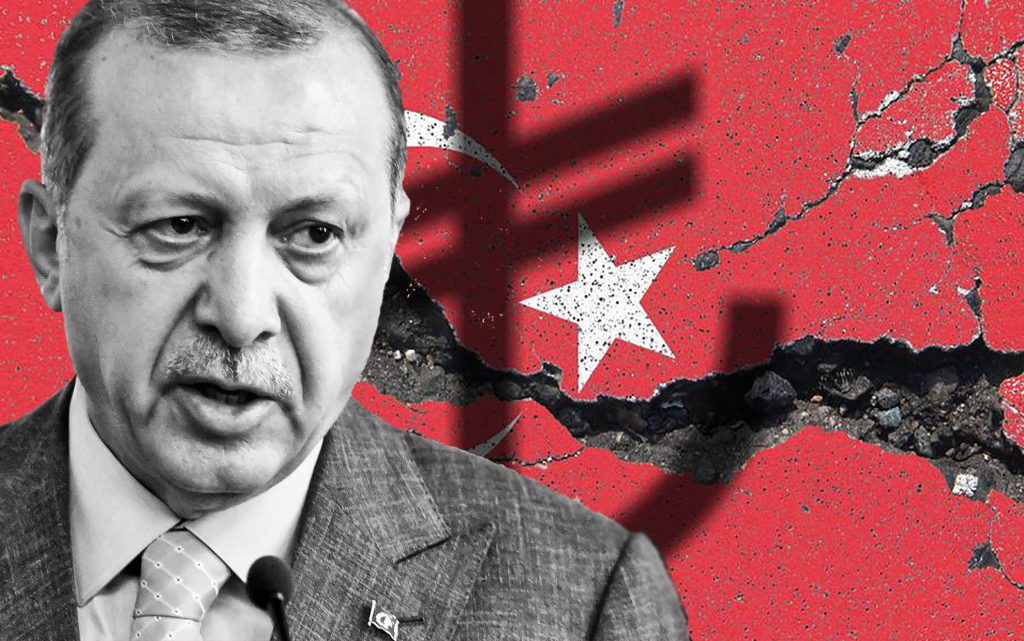 Turkish President Recep Tayyip Erdogan’s popularity is declining, largely driven by his economic policies that have led to the decline of the Turkish lira against the US dollar, according to a report prepared by the Wall Street Journal.

According to the report, former Turkish economists and officials say the Turkish currency has lost as much as 45% of its value this year, and polls have shown that the crisis has sparked anger among middle-class and poor Turks who have formed Erdogan’s power base for nearly two decades but are now turning against him.

In Rize, Erdogan’s hometown, where he spent his early childhood, rising costs of fertilizers and raw materials on which to grow tea, the region’s main product and the lifeblood of its economy, have caused the AKP’s popularity to plummet.

“Does the AKP not fear that it won’t be re-elected in the upcoming elections?” asked Nevzat Balik, head of the Chamber of Agriculture in Rize, which represents 50,000 farmers.

He added: “The past two years were very bad for the city of Rize and its people who voted for the AKP because their president is from this country”.

According to the report, Turkey’s economic problems were largely caused by Erdogan’s policies that led to the dismissal of a series of senior officials who disagreed with him, and the president also pressured the central bank to cut interest rates despite high inflation, part of an unconventional strategy believed it will pay dividends to encourage exports and economic growth.

The situation worsened on Monday when the lira plunged to a record low as investors sold shares after comments by Turkey’s finance minister raised fears that the central bank might cut interest rates again when it meets on December 16, leading to the Turkish Lira’s decline and the sale of foreign currencies for the first time in recent weeks.