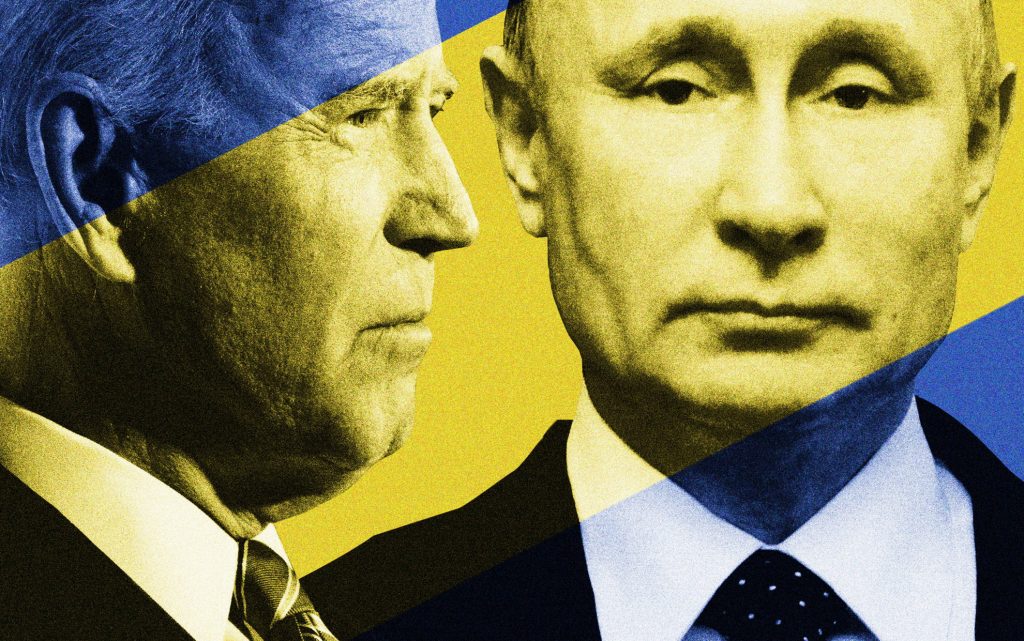 Russia has recently found itself between two fires, as it is obliged to maintain its prestige and power on the one hand, and fears that its economy will not tolerate any problems and crises on the other hand, so the proverb “The eye is insight and the hand is short” was applied to it.

The United States is creating a “Trap” that would embroil Russia in an intractable economic crisis if it invaded Ukraine or merely announced it officially.

In details, US President Joseph Biden threatened, on Saturday, Russia, that it would face tough measures in the event of an invasion of Ukraine.

Here, analysts believe that the Russian economy may enter the biggest predicament in its modern history, and Ukraine may be a trap to tumble the Russian President Vladimir Putin in the waters of the battle of Washington and its allies with the “Moscow-Beijing alliance”.

The Russian economy is currently suffering from weakness, due to the repercussions of the Omicron variant, the possibilities of weak energy incomes, and the flight of investors from Russian assets, due to geopolitical risks and the prospects of an economic embargo.

Despite the huge resources that Russia possesses, as it has the largest reserves of natural gas reserves and the largest exports, it is also the largest producer of oil, and has gold reserves estimated at about 8,000 metric tons, and the largest diamond-producing country, but it is a modest country in terms of its economic size, and technically lagging behind in civil industries, artificial intelligence technologies, mobile phones and cars.

Thus, the Russian economy is considered one of the fragile economies that doesn’t have resistance to external pressures, especially the pressures of the strict embargo planned by the United States in the event of an invasion of Ukraine.

According to Bloomberg agency, the Western ban list that Washington and its allies in Europe and the Group of Seven are preparing on Russia, consists of a ban on trading in Russian debt assets, which includes public or sovereign debt and debts of private Russian companies, and a ban on converting the ruble into dollars and hard currencies.

Others, such as the euro, the Japanese yen and the Swiss franc.

Statista, a company specializing in financial data, estimates the size of Russia’s sovereign debt at $296.29 billion, by the end of this year.

The investment company “ING” also estimates the debts of Russian companies in hard currencies at about $ 33 billion.

Thus, the application of such a ban will introduce Russian companies that borrow dollars and hard currencies to the risk of default and possibly bankruptcy, in addition to the high costs of insuring them in global markets.

In addition to banning dealing in debt assets, the United States and the Group of Seven are also planning to ban major Russian financial institutions and commercial banks from dealing with the Western financial system.

For its part, The New York Times said that Washington is currently discussing with its Western allies the possibility of banning Russia from using the international money transfer system “SWIFT”, in the event that it continues to mass its soldiers on the border and threatens the security of Ukraine.

It is one of the dangerous types of embargos that may hinder Russia’s transactions and the settlement of oil and gas sales in USD.

Consequently, the improvement in the Russian currency’s exchange rate this year, taking advantage of the rise in oil and natural gas prices, may quickly evaporate and the ruble will return to a significant decline against the dollar in the event of Russia being banned.

During the second half of this year, the Russian currency traded between 70 and 73 rubles against the dollar.

An escape from Russian origins:

In terms of investments, even before the recent tension between Washington and US over Ukraine, foreign investors started a flight from Russian assets and reduced the size of their investment portfolios on the Moscow Stock Exchange.

In this regard, data from the British investment company ING indicate that the biggest crisis that the Russian ruble will face if Russia doesn’t retreat from its military threat to Kiev and plans to invade northeastern Ukraine, or what is known as the Donbass region, is the risk of foreign investments drying up from the Russian market, due to the risks of a secondary embargo that the United States will impose on investors in Russia.

According to ING data, Russia is already suffering from a high rate of flight of foreign investments, as the money fleeing from the Russian market amounted to $33.9 billion in the third quarter of this year, and the company expects to rise to $69.5 billion by the end of this year.

Analysts believe that if Russia doesn’t back down from the threat to Ukraine’s sovereignty, European Union investors will lose in the Moscow Stock Exchange, as the EU countries pump about 75% of the total foreign investment in Russia.

In the long run, Gazprom, which exports about 40% of Europe’s total needs of natural gas, will be affected, as will Russian oil exports to European countries, especially Eastern European countries that were formerly affiliated with the Soviet empire.

It is reported that the new German Chancellor Olaf Scholz threatened Moscow to suspend the license of the “Nord Stream 2” pipeline, which transports about 55 billion cubic meters of Russian gas to Germany.

Among the other main products that would be affected by any strict embargo against Moscow, according to a Western analysis, will be agricultural exports, especially Russian wheat exports, as Russia is the fourth largest wheat exporter in the world, and depends for part of its exports on the European market.

What does Russia gain from its progress in the field of arms and energy?

Despite the Russian progress in the arms and nuclear energy industries, Russia lags behind to some extent in the traditional defense industries and depends on many advanced technologies, especially in the field of warships, on importing technologies from European countries such as Germany, France and the UK.

Analysts believe that the expected embargo measures from the United States, the Group of Seven and its allies will be devastating to the Russian economy, which suffers from high inflation and the flight of foreign investments, and thus will increase the suffering of the Russian citizen.

Thus, the decline of the Russian currency will ally with the high inflation rate to raise the prices of imported goods and products to levels that may harm the popularity of President Vladimir Putin.

The knot of the fall of the communist empire:

In terms of geopolitical influence, Moscow suffers from the complex of the fall of the communist empire and the loss of its influence in Eastern Europe after the disintegration of the former Soviet empire. Therefore, President Putin aims to expand Russian geopolitical influence in Europe, Central Asia, Africa and South America, through military coups and support for autocratic regimes.

Analysts believe that Russia inherited a huge arsenal of atomic weapons for which the world counts a thousand, but it doesn’t have the elements of a superpower, as is the case for the United States, China, or even Japan and the UK.

Thus, Russian President Putin, who is looking forward to a major role in shaping the new world order, seeks to strengthen Russia’s position in global influence, by compromising on energy markets and its exports, by dominating “OPEC +” and determining the course of its policy, and allying with Beijing to resist the US influence.