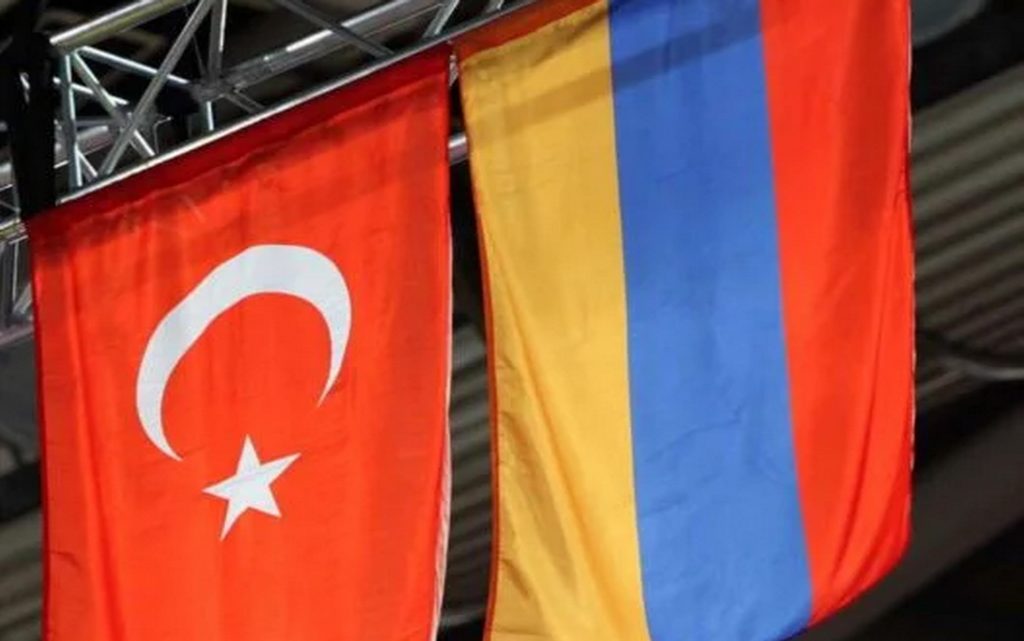 Turkey and Armenia on Wednesday appointed “special envoys” to represent each other in the other country in preparation for normalization between them and the establishment of diplomatic relations.

Observers believe that this initiative, which was initiated by the two countries with the support of Russia and the United States and with the approval of Azerbaijan, may lead to a result.

The director of the French Institute for Anatolian Studies in Istanbul, Bayram Palci, told AFP that Turkey recognized the independence of Armenia when it was declared in 1991 after the collapse of the Soviet Union, without going to the extent of exchanging ambassadors.

The border between the two countries remained open until the first war over Nagorno-Karabakh (1992-1994), the predominantly Armenian region located in Azerbaijan close to Ankara.

The tension between Ankara and Yerevan is due to Turkey’s non-recognition of the Armenian genocide, while it was recognized by about thirty countries, the last of which was the United States in April 2021.

The Armenians in the Ottoman Empire between 1915 and 1916 were subjected to massacres, mass arrests and deportations, which left more than 1.5 million people dead.

But analyst Aline Ozinian pointed out, in a telephone interview with Agence France-Presse in Armenia, that “the issue of recognition of the genocide was not under any government a condition set by Armenia to establish relations with Turkey”.

She stressed that “this issue has lost its importance recently with the recognition of the United States and President Joe Biden’s use of the word genocide”.

This is not the first attempt.

In the period 2008-2009, the coincidence of qualifying for the FIFA World Cup wanted Armenia and Turkey to fall into the same group, so both presidents at the time visited the neighboring country to attend the match of their national team, and the two countries signed in 2009 “a protocol aimed at establishing diplomatic relations between the two countries” that wasn’t concluded at all.

Azerbaijan considered that it was excluded, and put pressure on Turkey, threatening to suspend its vital supplies of gas and oil and its huge investments”.

The Turks were forced to retreat,” Bayram Palci said.

In 2013, with the centenary of the genocide approaching, Turkish President Recep Tayyip Erdogan sent a “message of condolences” in 19 languages ​​to the Armenians, denouncing the “tragic events” that occurred in 1915, without using the term genocide.

But this initiative didn’t lead to a result, as the Turkish government hardened in the face of waves of anti-government demonstrations, and the hard line prevailed.

“It’s the beginning of a meaningful reconciliation process,” says Matthew Briza, a researcher at the Atlantic Council in Istanbul and a former US ambassador to Azerbaijan.

“Now that the second Karabakh war is over, Azerbaijan no longer opposes normalization between the two countries,” he told AFP.

Rather, Baku “supports the establishment of a lasting peace that will strengthen the status quo,” he told AFP.

Matthew Briza pointed out that when he announced the appointment of a special envoy to Armenia, the former ambassador to Washington, Serdar Kilic, Foreign Minister Mahmud Cavusoglu was keen to clarify that “Turkey is moving in coordination with Azerbaijan”.

Under the settlement reached in November 2020 under the auspices of Russia, Azerbaijan regained seven disputed regions and part of Nagorno-Karabakh”.

The insult has been fixed,” Bayram Palci said.

Aline Ozinian explained that after she played a decisive role in putting an end to the recent Nagorno-Karabakh war, “Russia hopes to normalize relations between Turkey and Armenia because it wants to open transport and energy lines in the region,” noting that the issue is being discussed in Azerbaijan “directly with Russian President Vladimir Putin”.

On the US side, Secretary of State Antony Blinken expressed his satisfaction with this first phase, which he deeply encouraged in a tweet.